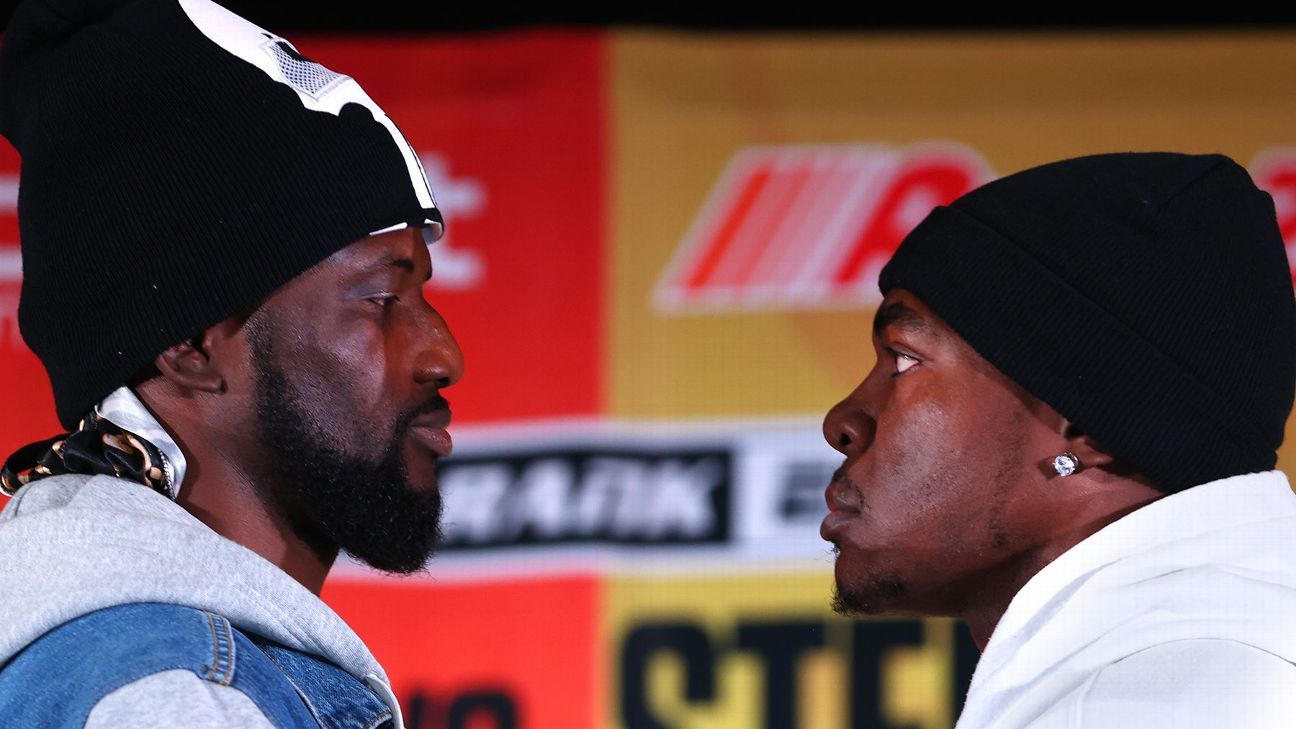 The 10-round heavyweight showdown Saturday night between Efe Ajagba and Stephan Shaw seems like a fight of little importance between the two. In actuality, it’s not as insignificant as it may seem.

The winner will join the new era of heavyweight contenders brewing in the shadows. It’s a collection of fighters who are broader in size, skill, punching power and will. They are diverse, come from all over the world, and are all after the same thing: a title opportunity.

Forget about champions Tyson Fury and Oleksandr Usyk for a second. Put aside the next tier of contenders such as Deontay Wilder, Anthony Joshua and Andy Ruiz Jr. Who will emerge as one of the new faces in this developing era of heavyweight boxing?

Let’s dive deep into some next-generational heavyweights who should be on everyone’s radar. That group includes Jared Anderson, Joe Joyce, Frank Sanchez, Filip Hrgovic, Martin Bakole, Fabio Wardley, Zhan Kossobutskiy and Arslanbek Makhmudov. The winner Saturday night will join this list of fighters looking to jump into the next level.

As I review this matchup between Ajagba and Shaw, a fisherman vs. an alligator comes to mind. A fisherman is observant, determined, educated and adventurous. Shaw possesses these qualities as a fighter inside the ring. The alligator is Ajagba. He appears to be full of screams and energy. He is ferocious, powerful and supremely confident. He’s tenacious and unmoved by any soul who enters the ring with him. For any gator, it takes one bite to eliminate its prey, and Ajagba only needs one punch — his right hand — to end a fight. Can Shaw strategically outthink and outmaneuver Ajagba’s force and punch? Yes, I believe he has a very good chance.

Top Rank Boxing is now on ESPN and ESPN+. Subscribe to ESPN+ to get exclusive boxing events, weigh-ins and more.

Pedigree and irrelevance make Shaw (18-0, 13 KOs) an interesting fighter. He’s undefeated, which means no one has figured him out yet. Shaw’s ascent has been slow, but his growth as a heavyweight inside the ring has superseded his fame. Interestingly enough, Shaw is a regular sparring partner of former WBC heavyweight champion Deontay Wilder, whom he helps prepare for his fights. That experience should support him in this bout because Ajagba is tall, rangy and has a powerful right hand, just like Wilder. Now, it doesn’t have the same punching power because no one hits harder than Wilder, but their styles are similar to a degree.

On paper, this fight is a substantial step-up battle for Shaw and one he must win to continue his quest for a world championship opportunity. Shaw is a more-than-capable technician who is well-schooled tactically and has controlled lateral movement behind quick, accurate hand speed. Shaw likes to dominate the center of the ring, which will work in his favor against Ajagba. He has a pistol-like jab and varies his combinations with precise accuracy.

Shaw’s boxing style has given Ajagba issues in the past. Top 10 contender Frank Sanchez, a fleet-footed boxer, provided a blueprint on how to beat Ajagba when he cruised to a wide unanimous decision in October 2021 over Ajagba behind movements and a great jab. That’s something Shaw is capable of doing and should try to replicate. The jab, lateral movement, consistency and the right hand are keys to victory for Shaw as Ajagba neglects head movement before and after he punches.

With all that said, it will not be easy. Ajagba (16-1, 13 KOs) is slow-handed but incredible powerful. He needs only one punch to turn Shaw’s lights out.

Ajagba’s name has a buzz around it because of his one-punch knockout power. As I mentioned above, many compare his style to Wilder’s. What serves him well in this battle is that he has already taken a loss. After losing, a fighter goes through an array of emotions psychologically. Self-doubt, embarrassment, anger and uncertainty flood our minds at first. But over time, all those things turn into hunger — or they should. Fighters will learn more about themselves, and their trainers reflect on failures and aim to fix mistakes during the process. Ajagba resurfaced after his loss by delivering a devastating one-punch second-round knockout against Jozsef Darmos in August. He looked meaner than ever talking with him in the fighter meetings before that bout. He was confident that no one could take his punching power.

Get your favorite live sports, stories and originals with ESPN+, Disney+ and Hulu. Upgrade to a Disney Bundle plan and start streaming something for everyone today!

What stood out to me regarding his knockout of Darmos was Ajagba’s setup, which helped me pinpoint his evolution. Ajagba’s ring smarts were impressive. He had used a stabbing jab to the midsection throughout the previous round, making contact and gathering range. At the right time, Darmos finally stopped respecting the stab jab and insisted on staying still instead of retreating. The next round, Ajagba continued with the same stab jab and pushing forward, but instead of shooting the jab to the body, he placed his jab hand on top of Darmos’ hand, holding it in place while slingshotting his demonizing right hand that put Darmos to sleep. Against Shaw, he should take the same approach, changing jab levels to set up his right cross as Shaw defaults to the high guard when not at the apparent range to clear oncoming offense with his legs.

I’m not sure how good or great both of these guys are yet. This is a test for both of them. All eyes will be on this matchup because one is undoubtedly the weak link. The question is, which one? Who is ready and willing to execute the perfect game plan to derail the other? Neither guy can afford a loss, especially Ajagba, who is mechanical but has something you can’t teach but can only be defined: power. Can Shaw avoid the right hand Ajagba has coming his way? Can Shaw be consistent and calculated at the same time? I believe he can. I’m going with Shaw by decision for the upset.