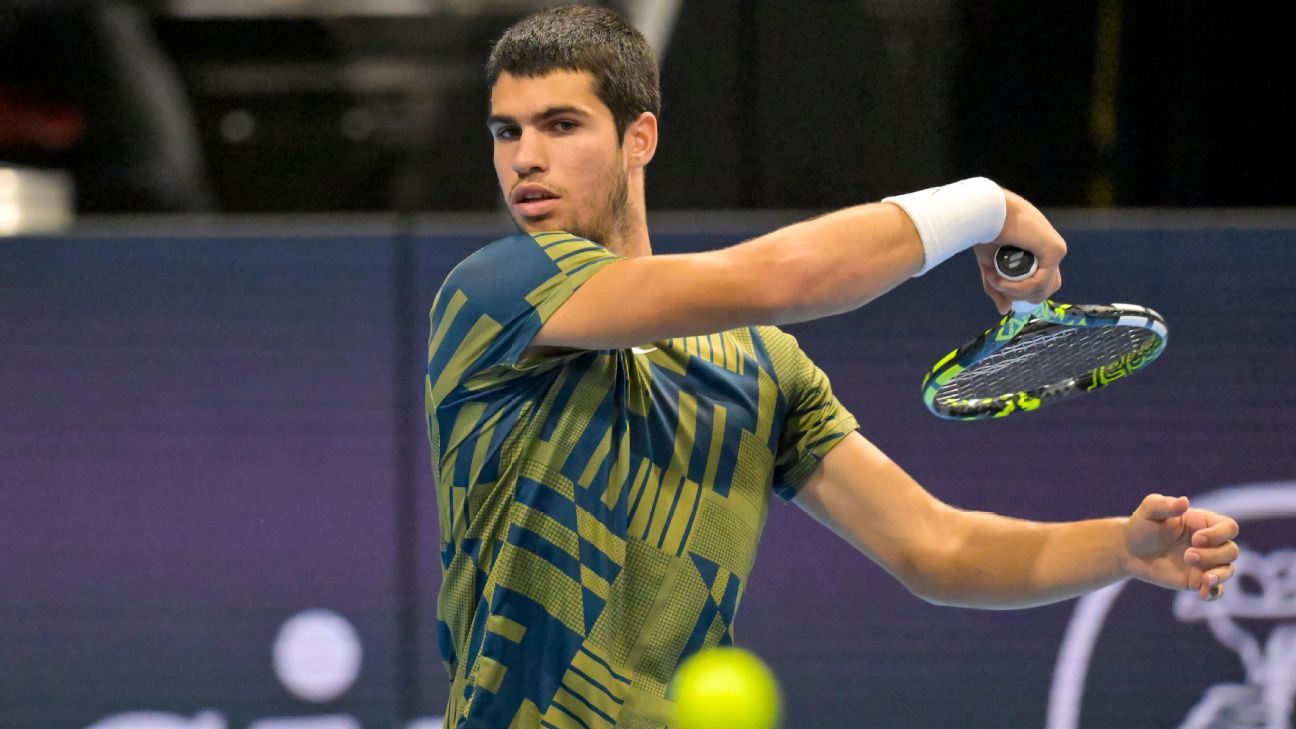 The 19-year-old Spaniard clinched the win with his only ace in a second-round match where he had 20 winners and made just nine unforced errors.

Alcaraz’s serve was broken once and he trailed 2-0 in the second set before reeling off six straight games against the 35th-ranked Dutchman.

Third-seeded Felix Auger-Aliassime was on court before Alcaraz in a first-round match and won 6-7 (3), 6-4, 6-4 against Swiss wild-card entry Marc-Andrea Huesler.

In the previous Swiss Indoors edition, in 2019 before the tournament was canceled twice because of the COVID-19 pandemic, De Minaur lost in the final as Roger Federer won a record 10th title at his hometown event.

Eighth-seeded Lorenzo Musetti cruised through the first set before losing 1-6, 6-3, 6-4 against Albert Ramos-Vinolas, the 34-year-old Spaniard.