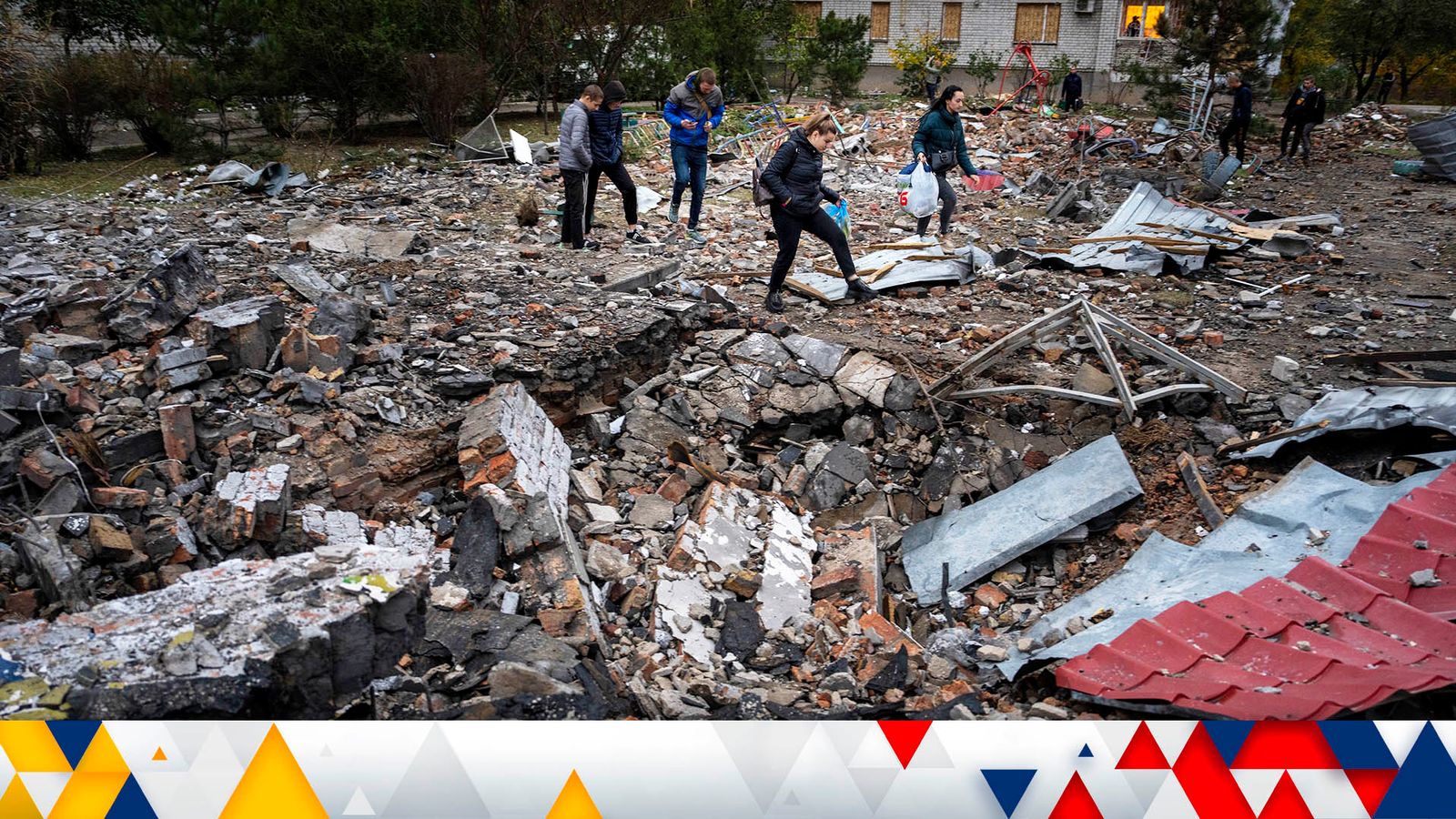 Russian claims Ukraine could use a “dirty bomb” in the war have been branded “nuclear blackmail” and dismissed by the West.

With its forces facing a string of battlefield defeats and a risk of being routed in the south, the Kremlin has pushed allegations that Kyiv could use such a blast on its own territory – without offering evidence.

The UK, USA and France have rejected the claims as “transparently false” and said the world would see through any attempt to use it as a pretext for escalation.

It comes as Ukrainians are being asked to conserve electricity as the country’s power networks continue to be hammered by Russian missiles and drones.

Without providing evidence, he said Ukraine could escalate by using a so-called “dirty bomb” – conventional explosives laced with radioactive material.

Ukraine does not possess nuclear weapons, having given up the ones it inherited from the Soviet Union in 1994.

Russia, however, has said it could protect its territory with its own nuclear arsenal and has repeatedly engaged in nuclear sabre-rattling to antagonise the West.

“Their distrust of the information that has been provided by the Russian side doesn’t mean that the threat of using such a dirty bomb doesn’t exist,” Mr Peskov said.

“Such a threat exists, and the defence minister has given the information about it to his interlocutors. It’s up to them whether to trust it or not.”

Ukrainian President Volodymyr Zelenskyy said “everyone understands” that Russia is “the source of everything dirty that can be imagined in this war”.

Speaking on Telegram, he called on the world to react in the “toughest possible way.”

He added: “If Russia has prepared another round of raising stakes and another escalating step, it must see now, pre-emptively and before any new ‘dirt’, that the world will not swallow that.”

In a joint statement, the foreign ministers of the UK, USA and France said: “Our countries made clear that we all reject Russia’s transparently false allegations that Ukraine is preparing to use a dirty bomb on its own territory.

“The world would see through any attempt to use this allegation as a pretext for escalation.

“We further reject any pretext for escalation by Russia.”