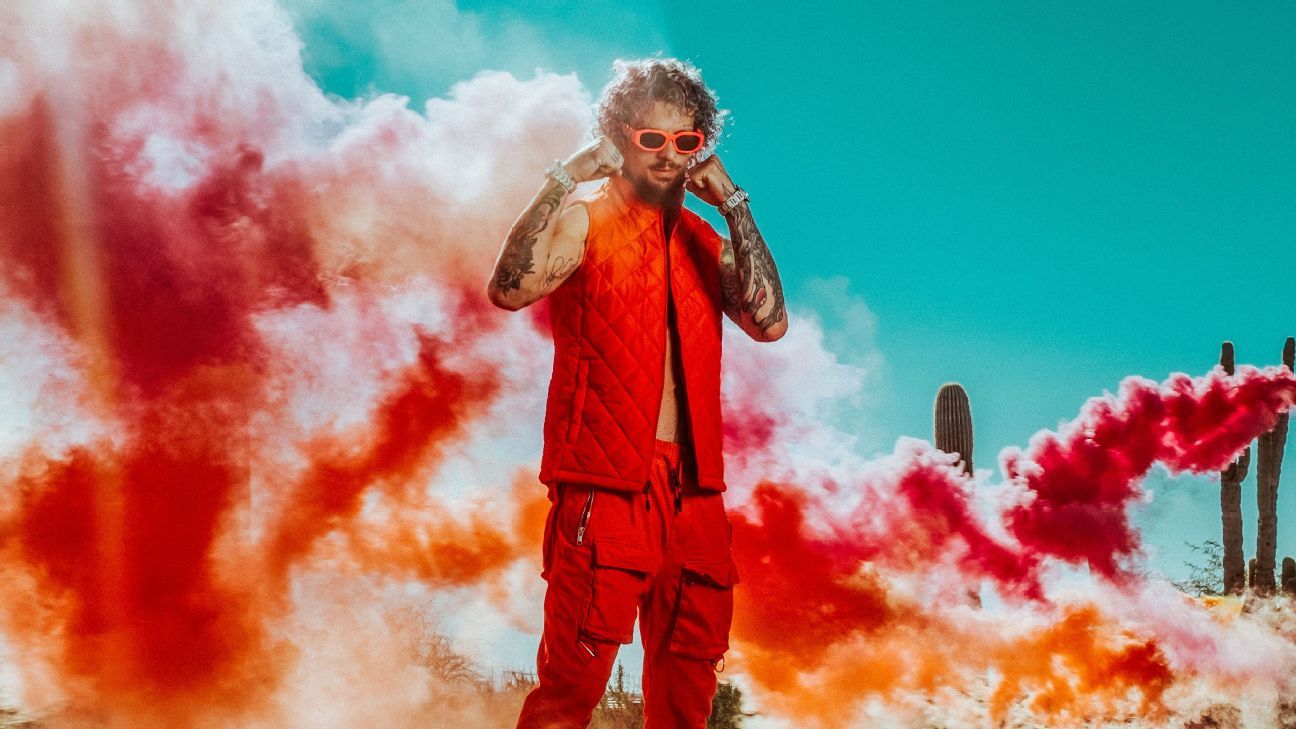 It was 5 p.m. on a Saturday in September, about five weeks into his camp for this weekend’s bantamweight fight against Petr Yan at UFC 280 in Abu Dhabi, United Arab Emirates. O’Malley had looked great in sparring that morning and was sitting down to a well-deserved steak with his head coach, Tim Welch. Moments before, he had lit up a joint, as he’s known to do.

Smiling, O’Malley opened Twitter on his phone and wrote, “I’ll be surprised if I get hit once.”

O’Malley is an admitted internet troll. And in that moment, he knew exactly what he was doing. To suggest Yan, a former UFC champion and one of the most skilled strikers in the sport, would fail to even touch him in a 15-minute fight — O’Malley knew everyone would find the notion absurd.

“This will be funny,” O’Malley said as the post went live.

Sure enough, hundreds of responses flooded in. Many said something to the effect of O’Malley wouldn’t last a round. One response predicted he’d leave on a stretcher.

For O’Malley, or “Suga” as he’s known, this was the desired result — and it’s why he’s already one of the top stars in MMA, despite the fact that he has yet to even crack the top 10 of his division. In a world where, increasingly, engagement is king, O’Malley is thriving. He has 2.4 million followers on Instagram, more than all but two of the UFC’s current champions. And he does well converting that following into profit.

But the easy engagement wasn’t the only thing on O’Malley’s mind when he wrote that post. And this is where it gets interesting. This is what makes the fight between O’Malley (16-1) and Yan (16-3) so intriguing.

THREE DAYS AFTER O’Malley’s last fight — an unfortunate no-contest against Pedro Munhoz in July that ended in an eye poke — UFC matchmaker Sean Shelby went to Dana White with a proposal: O’Malley vs. Yan.

Yan, 29, embodies every cliché one could use in describing a phenomenal mixed martial artist. “A terminator,” Welch calls him. Yan has knocked out the likes of Jose Aldo and Urijah Faber. He took four of five championship rounds against a very tricky Cory Sandhagen. Some felt he beat Aljamain Sterling in his most recent fight in April and should still be the UFC’s 135-pound champion.

This is the man Shelby believed O’Malley should fight next.

“I said [to Shelby], ‘Are you out of your mind? You don’t make that fight right now,'” White said. “He told me why you make it. He told me O’Malley is ready, and he’s about to be 28. He’s in his absolute prime. He hits like a truck. [Shelby] ended up selling me on it.”

One can understand White’s initial reaction even if it didn’t take long for him to come around on the matchup. It’s the same one many had.

O’Malley has been in the UFC for five years, but it still feels as if he’s in an early phase of his career. A development phase, if you will. A building phase. He’s been no less than a 3-to-1 betting favorite in his past seven appearances. Six of the nine opponents he has faced in the UFC are no longer with the promotion. In other words, on paper, Yan is a massive step up.

Even Welch, who has coached and trained with O’Malley since he was a teenager, hesitated regarding this one. He believes O’Malley is ready and this matchup was always going to happen at some point, but he also understands risk. There is an elevated danger factor to this fight, and with everything going so well for O’Malley, is this the right time to take it?

“Right when it was first announced, I was like, ‘F—,'” Welch said. “I was a little scared about it, because I know what getting beat up can do to a fighter’s mentality. Suga’s confidence is really high, and that’s a big part of everything he has going on. With a striker as dangerous as Petr, you’re running the risk of getting knocked out, and it takes a special person to come back from getting knocked out.

Charles Oliveira takes on Islam Makhachev for the vacant lightweight title in the main event of UFC 280 in Abu Dhabi.

“I do think Sean is that special person who would come back from it, but of course, you want to avoid it — especially where he is in his career right now.”

The one who didn’t hesitate? O’Malley. He was standing in the sprawling backyard of his Arizona home when Shelby called him about the fight. He said he’d need to talk it over with his team, but he liked it. Yan is actually one of O’Malley’s favorite fighters to watch, and the two had gone back and forth on social media before. The idea of fighting Yan certainly didn’t scare him.

“There is nobody out there less than 5-foot-6 who scares me,” said a laughing O’Malley, who is 5-11, compared with Yan, who is actually 5-7. “Petr could go out there and whup my ass and I still wouldn’t be scared of him. He should be scared of me.”

What makes O’Malley so confident, in a fight where he is now in the role of a significant underdog?

His answer to that almost sounds like another troll job because it involves two things he is constantly accused of lacking: his ability to deal with adversity and his dedication.

Because the UFC has, arguably, booked him a preferential schedule of competition thus far, some believe he will crumple when faced with real adversity. And because his very popular Instagram account is filled with videos of him partying with popular YouTubers the Nelk Boys and smoking marijuana, some believe he’s not completely dedicated to his craft.

Here’s what O’Malley doesn’t promote quite as heavily on social media: He cold plunges and meditates every evening for physical recovery and mental growth. He regularly runs blood analysis with physicians, to hone his diet and training schedule for peak performance. He meticulously monitors his sleep patterns and has done so for the past five years.

And in addition to all of those subtle details, which O’Malley is convinced make the biggest difference when you’re at the highest level of the sport, he has also done the one absolutely necessary thing to be the best: He has lost over and over and over again in the gym.

“A lot of good guys get into the sport, but it’s knowing that you have to take a decade of your life, train twice a day and continually find people who are going to whup your ass,” Welch said. “He did that. He showed up, twice a day, to get beat up. I was a little worried about that when the money started coming, but he’s on a different level now. He wants to be a megastar, and he knows the level of discipline that’s going to take.”

Any misconceptions some might have about the “easy” path O’Malley has taken to this point, or about any lack of dedication he might have, don’t bother him at all. Worrying about the opinions of others would be a weakness, in O’Malley’s opinion. However, he is aware they are out there. And you know what? It’s good. He likes it. Because after this fight, that doubt will be harder to come by.

IT’S ANOTHER SATURDAY in September, and O’Malley is at the gym for his weekly spar. The fight is now less than one month away. The MMA Lab facility in Glendale, Arizona, is full of professional fighters lightly sparring on the mats, while O’Malley stretches and mentally prepares for three hard rounds in the cage.

When he starts to go with fellow UFC bantamweight Mario Bautista, a small crowd, including other fighters, forms. These fighters are here to work, but many cannot help but take an interest in what’s happening inside the cage. That is the O’Malley effect, and it’s been true from the moment he knocked out his opponent on Dana White’s Contender Series five years ago to earn a UFC contract (and a viral moment from Snoop Dogg). He makes you watch.

Monday through Friday, host Pablo Torre brings you an inside look at the most interesting stories at ESPN, as told by the top reporters and insiders on the planet. Listen

“People always watch Suga spar because he does mad s—,” says Jack Eglin, one of O’Malley’s training partners who is cageside. “And even when it’s a chess match of a spar, it’s fun because you’re seeing high-level work. You watch him from the side and think, ‘Oh, I’ll just do this or that to him,’ and then when you’re in front of him, you go, ‘Oh f—, this is different.’

“And when he hits you, he’s not just hitting you hard. He’s hitting your eye socket and your jaw. He’s not just swinging at the side of your head. Suga is pinpoint.”

Five years into O’Malley’s UFC career, it’s very apparent he can make people watch. If he can beat Yan at UFC 280, it will be very apparent he could be a champion. In MMA, if you can combine those two feats, which are both extremely difficult to accomplish, well, you have a superstar. And that’s what O’Malley is aiming to be.

O’Malley finishes up his rounds for the day and walks outside to his neon pink-and-green Lamborghini. He drives home, where his girlfriend, Danya, makes him a lunch of chicken breast and vegetables. Their 2-year-old daughter, Elena, circles the kitchen, intermittently yelling “Dada” in his direction. Between bites of essentially the same lunch he has eaten for weeks, O’Malley grants one of the hundreds of interviews he’ll give before the fight.

What will happen, Sean, if you really do make Yan look silly on Oct. 22 in Abu Dhabi?

“Oh, God,” he responds. “I’ve been on a bunch of mini rocket ships after each fight, but that would be a f—ing rocket ship. It would make me twice as big of a star as I am right now. I’m taking six months, touring, going on every major podcast in the country. I’m gonna milk that, and then we get a title shot.”

Staring straight ahead, lost in his response, O’Malley pauses at this point. The next thing he says almost seems to be aimed at himself rather than anyone else.

“Yeah, it’ll be big. And that’s when I have to make sure to constantly remind myself that I’ve got 10 more years to stay disciplined. We can enjoy it after those 10 years, but that’s what I’ve been writing about in my journal. Stay disciplined. When I’m 40, I’m gonna look back, and I really, really hope I won’t regret anything. I’m going to dial it in for the next 10 years, stay consistent and live up to my potential. I know that I can become the best fighter in the world and be in the greatest-of-all-time conversation if I just stay dialed in to what I’m doing.”

Anyone listening to O’Malley in that moment would have a hard time telling him that he’s wrong or that he doesn’t take this sport just as seriously as any other fighter on the planet.

But a few days later, he’ll post a video on Instagram of himself in a pink wig, offering a bong rip to a training dummy. And anyone watching will have a hard time concluding “This dude is really gonna beat Petr Yan?”

Is Sean O’Malley a potential UFC champion or a really, really good internet troll? Maybe he’ll prove to be both.