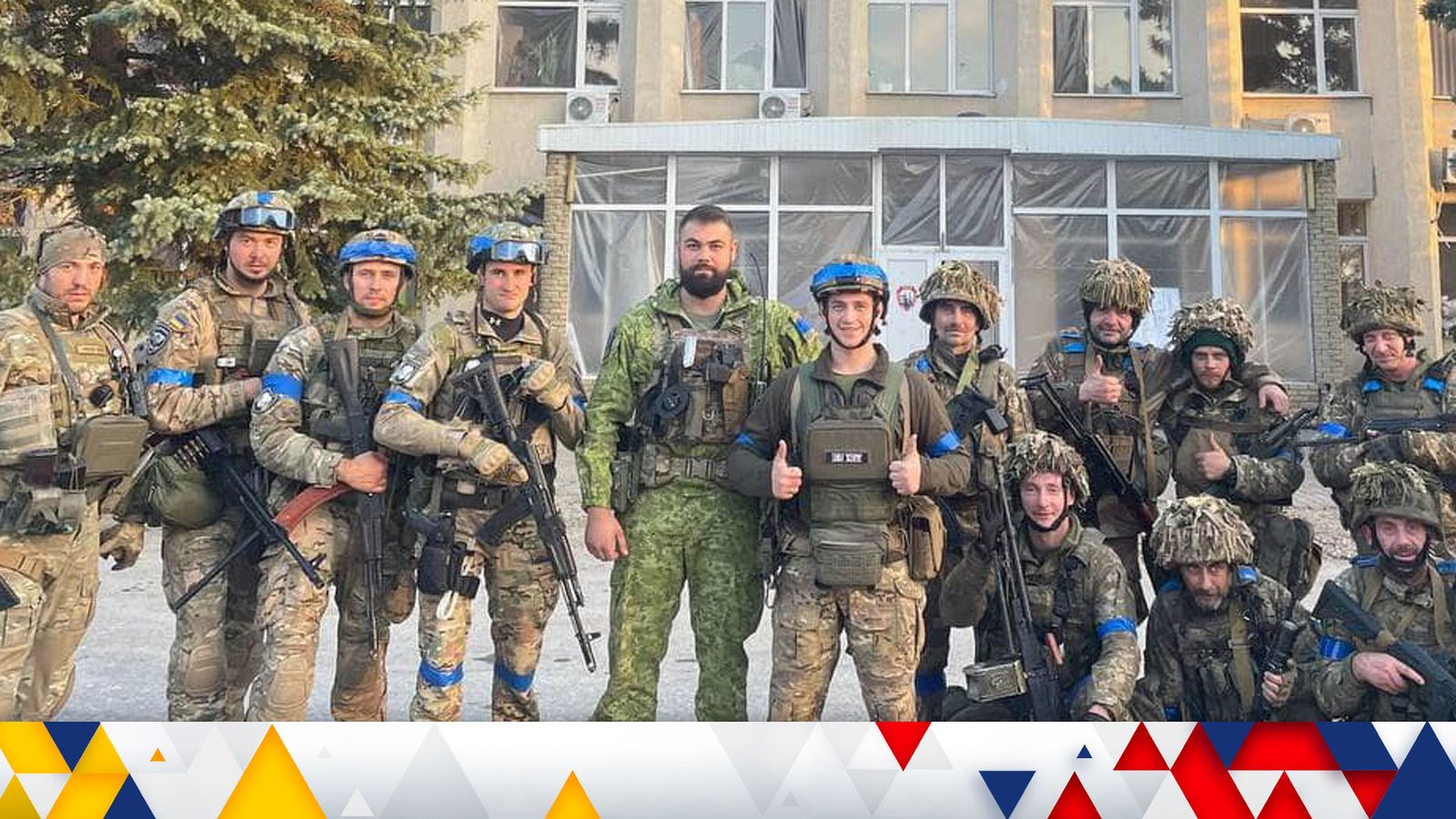 The Ukrainian president announced the liberation of settlements Arkhanhelske and Myrolyubikva from Russia in his daily address.

The Moscow-installed leader of Kherson, Vladimir Saldo, described the situation as “tense” on Russian state TV.

Kherson was one of four regions annexed by Mr Putin on Friday.

Russian military bloggers have also increasingly acknowledged Moscow’s forces have been struggling in the face of Ukrainian troops in the region.

Kherson has been one of the tougher battlefields for Ukraine since the war broke out.

Ukraine has also regained some territory in Luhansk, meaning Russia now doesn’t have full control of any of the four regions it claimed to have annexed on Friday.

Over the weekend, Russian forces withdrew from Lyman, allowing Ukrainian forces to enter the strategically important town, which is in neighbouring Donetsk region.

In Kherson, Kyiv’s forces are making an advance along the Dnipro River in a move which, if successful, could cut off hundreds of Russian soldiers.

In his address on Sunday night, Mr Zelenskyy reaffirmed Ukraine’s commitment to punish those who had organised the referendums in his country.

He said: “Recently, someone somewhere held pseudo-referendums, and when the Ukrainian flag is returned, no one remembers the Russian farce with some pieces of paper and some annexations.

“Except, of course, law enforcement agencies of Ukraine. Because everyone who is involved in any elements of aggression against our state will be accountable for it.”

Russia said it would be consulting the residents on the exact borders of the newly-annexed Ukrainian regions.

Meanwhile Russia’s finance minister has claimed that it has the money to support the four regions.

Anton Siluanov said the funds are part of Russia’s budget but did not say exactly how much would be spent. Ukraine’s liberation of the eastern city of Lyman last week was the most significant gain in weeks.

The key victory for Kyiv’s forces can be used as a launching point for further attacks to cut off Russia’s supply lines.