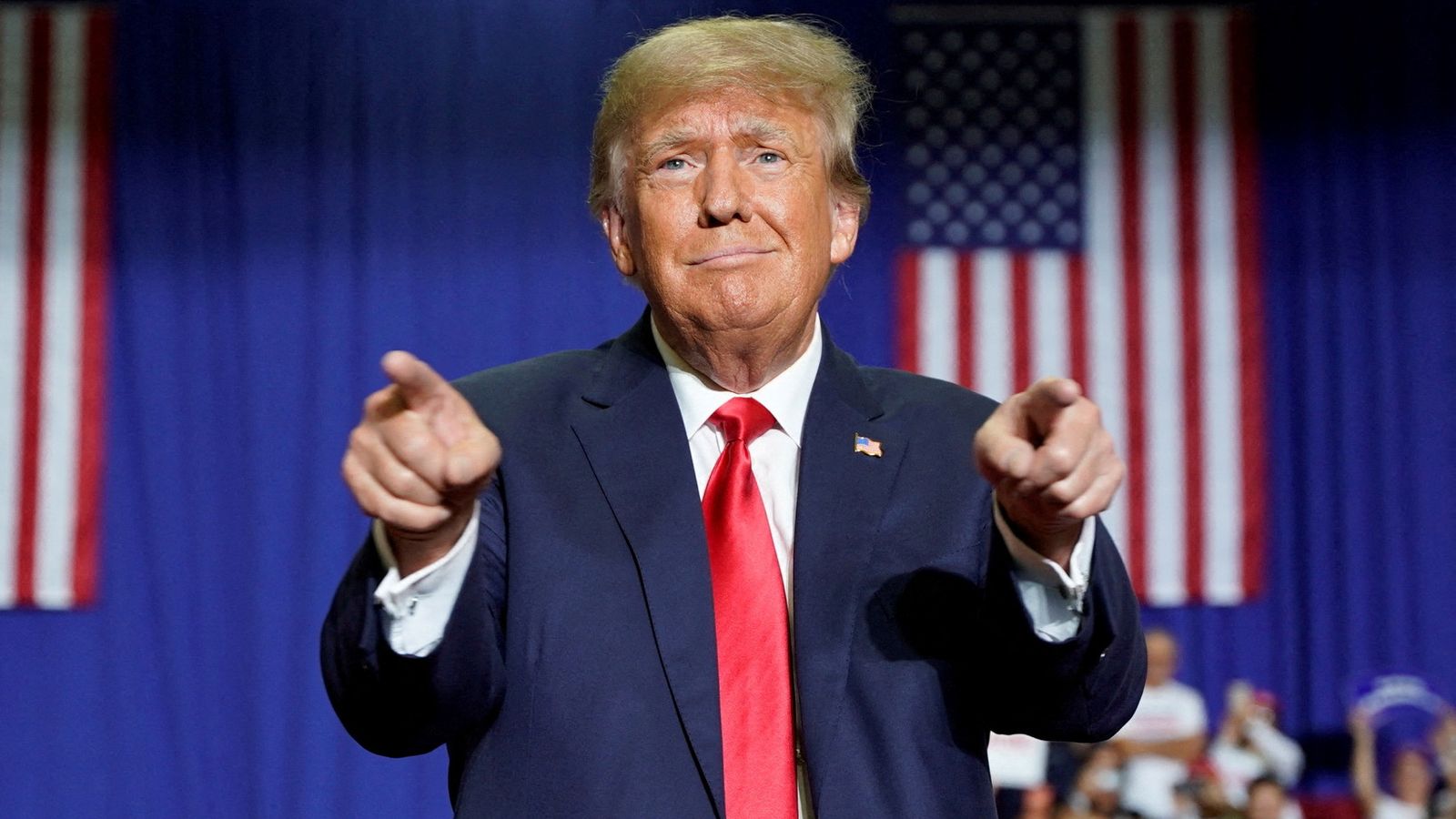 Donald Trump is suing CNN for defamation, seeking $475m (£420m) in punitive damages claiming the network had carried out a “campaign of libel and slander” against him.

The former US president, 76, says in his lawsuit that CNN had used its considerable influence as a leading news organisation to defeat him politically.

The company declined to comment on the case, according to the Reuters news agency.

Mr Trump claims in the 29-page lawsuit that CNN had a long track record of criticising him but had ramped up its attacks in recent months because the network feared that he would run again for the presidency in 2024.

“As a part of its concerted effort to tilt the political balance to the left, CNN has tried to taint the plaintiff with a series of ever-more scandalous, false, and defamatory labels of ‘racist’, ‘Russian lackey’, ‘insurrectionist’, and ultimately ‘Hitler’,” the lawsuit claims.

It also lists several instances in which CNN appeared to compare Mr Trump to Hitler, including a January 2022 special report by host Fareed Zakaria that included footage of the German dictator.

The Republican, who in 2020 lost a re-election bid to Democrat Joe Biden, has not said whether he would seek re-election.

The lawsuit, filed in federal court in Fort Lauderdale, Florida, comes as the ex-president faces a criminal investigation by the Justice Department for retaining government records at his Mar-a-Lago estate in the southern state after leaving office in January 2021.

And last month, Mr Trump and three of his children were served with a lawsuit alleging “years of bank, tax and insurance fraud”.

New York attorney general Letitia James is suing the former US leader, his family, and the Trump Organisation.

If successful, it could halt Mr Trump’s ability to do business in the state for years – and even includes a referral for possible federal prosecution.

The penalties could effectively be a “death penalty” for his organisation, Ms James said.

Meanwhile, a congressional committee is investigating the 6 January 2021 assault on the US Capitol by Trump supporters, focusing on the former president’s role in the attack.

December nursing strike ‘will be quite disruptive’, says RCN director
Weird Alibaba: A solar-powered $10,000 inflatable electric houseboat
World Cup last 16: Why every team left will, won’t win it all
Ukraine War: UN warns of ‘disaster’
Russian oil sanctions are about to kick in. And they could disrupt markets in a big way