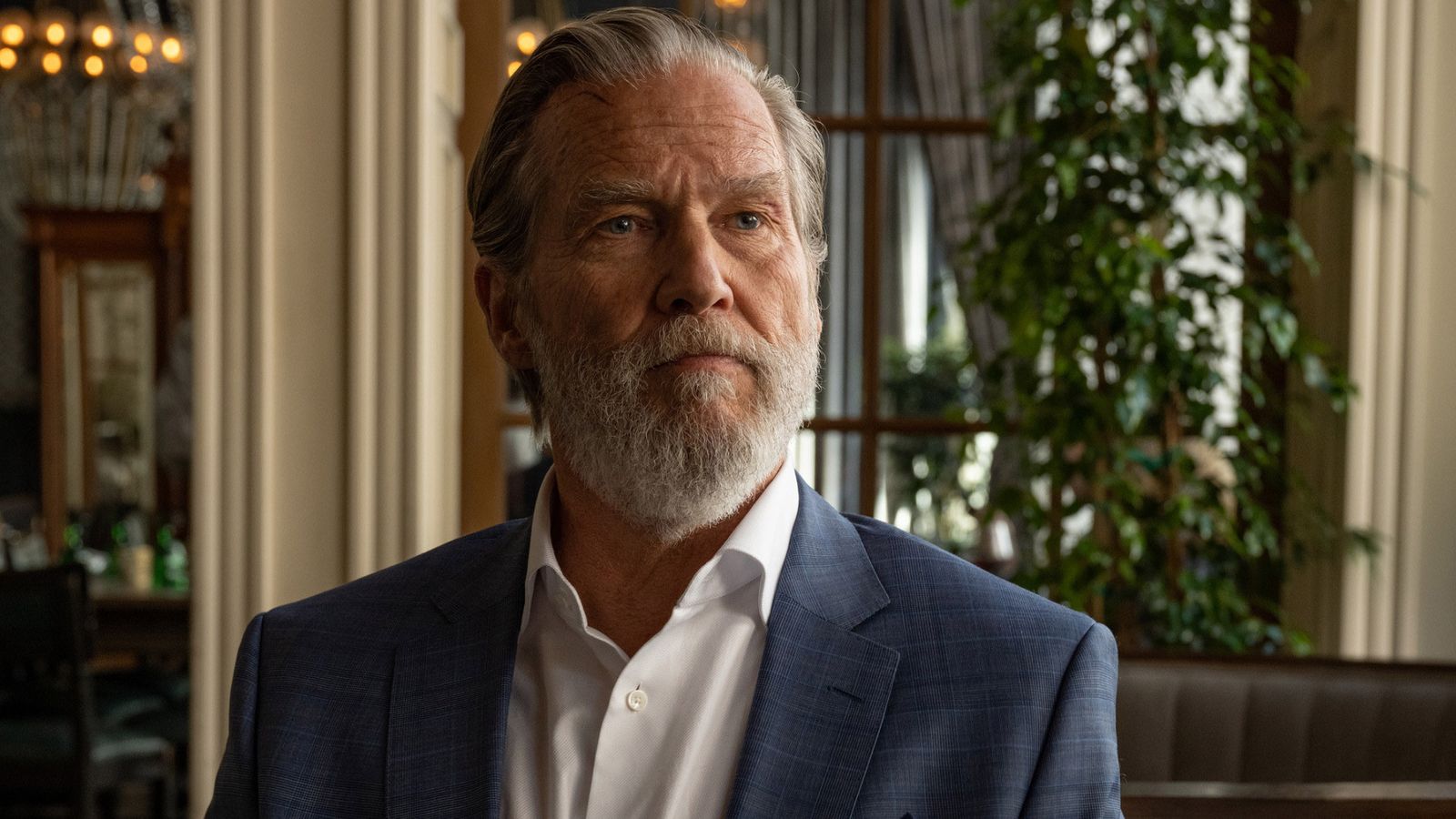 Jeff Bridges’ new TV show was still in production when the veteran actor was diagnosed with lymphoma.

He was given the news in 2020 as filming was on hold due to the pandemic – which led to what he describes as a two-year “health adventure”.

Speaking exclusively to Sky News, Bridges says: “I got cancer and chemo and then COVID on top of that. And the chemo stripped me of my immune system so I got the COVID pretty bad.

“I was sick for about two years and [it was] very dreamlike, you know.”

The beloved star, known for roles including The Big Lebowski, True Grit, Crazy Heart and the Tron films, says that despite months in hospital, he tried to see the best in the situation.

“Not all bad – [there were] wonderful parts about being that sick that were kind of unexpected, you know, feeling all that love coming towards me from my family and friends and from other people all over the world,” he says.

“That was [an] unexpected, wonderful feeling, and then also the love that that kind of triggered for me.

“I said, ‘Oh yeah, this is life, this is wonderful’, and everything became kind of hyper-precious during that time.”

In January 2021, Bridges shared an uplifting update on his cancer, telling fans his tumour had “drastically shrunk”.

Once he got better, returning to work made his time in hospital feel like a fever dream, he says.

“We broke for pandemic and we were off for a few months and that’s where my health adventure began.

“And then two years later, I went back to work and it was the most bizarre feeling – it was like we had a long weekend and I couldn’t wait to tell my buddies this dream that I had: I was sick, I was in the hospital, you know, it all felt very dreamlike.

“But I’m back on my feet and thrilled to be here.”

The Oscar-winning actor, 72, says he is now feeling great, and glad to be promoting his show – the first time he’s had a recurring role on TV since he was a child.

“My father, Lloyd Bridges, had done many TV series and I could tell from his experience what a tough job it was and how he was concerned that, it was difficult in that you felt you didn’t have enough time to really give it its best shot – the story and your performance and so forth – and I was a little bit concerned about that,” he says. “I think that’s what held me back from engaging in doing television.

“But now, my gosh, the great stuff that’s coming out of television and the content, there’s so much of it and it’s such high quality, I thought to myself, I better experiment with this.”

Bridges says after meeting with The Old Man creator John Steinberg and others behind the series he was assured the best programme makers would be hired to work on it.

In the end, he says, it was “no different than making a movie”.

Packed full of action scenes – Bridges says he doesn’t think he’s ever done as many – the series tells the story of a former CIA operative on the run.

And while the show is called The Old Man, the main character doesn’t conform to elderly stereotypes – though the stas admits he has his moments.

“One of the things that makes me feel old is that I’m not up to speed with all the TikTok-ing and streaming, Facebook and phones,” he says.

“You know, I don’t do any of that, so I’m kind of left behind on that stuff. And it’s certainly moving fast, I’ll tell you.”

The Old Man launches on Disney Plus on 28 September