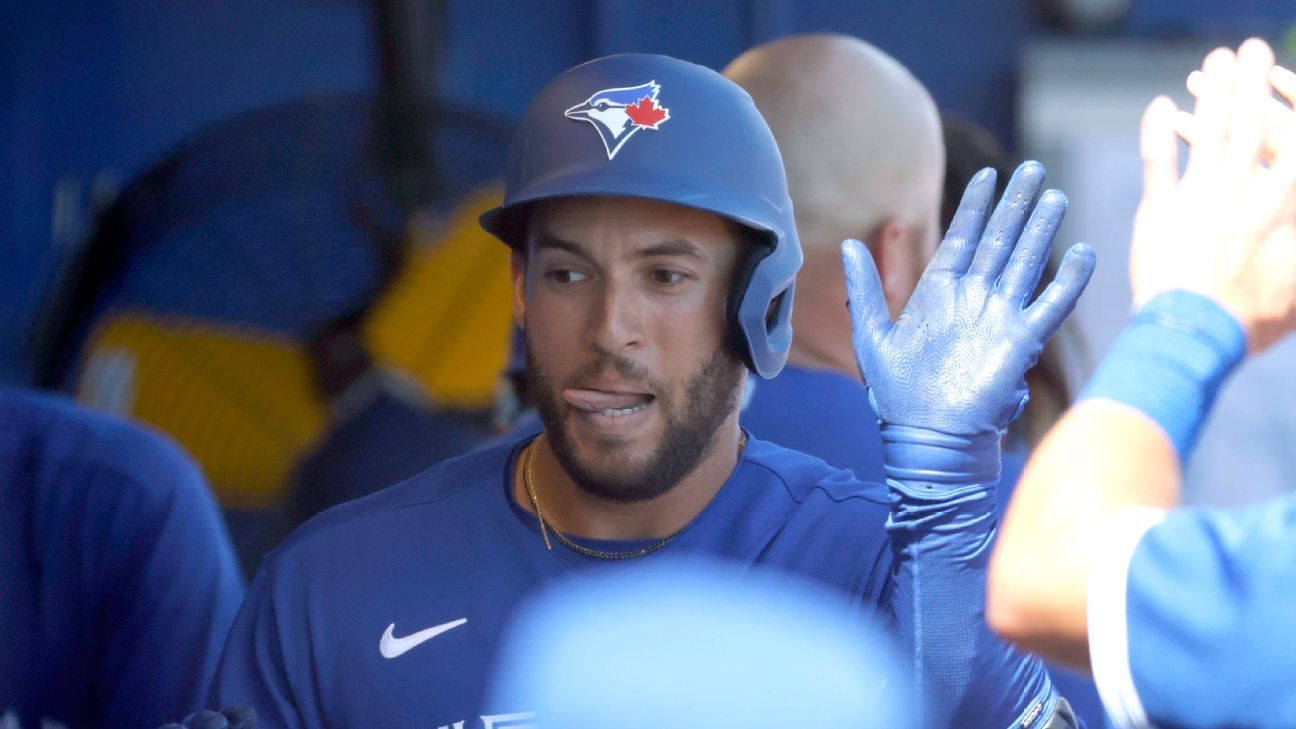 MINNEAPOLIS — The Toronto Blue Jays placed All-Star outfielder George Springer on the 10-day injured list with inflammation in his right elbow prior to their game at Minnesota on Saturday night.

Springer has been bothered by the elbow for much of the summer. He’s scheduled to receive an anti-inflammatory injection this weekend to aid the healing. Springer missed four of the previous five games with the injury, going 1 for 4 against the Twins on Thursday night.

Springer will be eligible to return Aug. 15. The four-time All-Star, who has been Toronto’s primary center fielder, is batting .251 with 18 home runs and 49 RBI in 89 games. Entering play on Saturday, he was tied for 10th in the AL with 59 runs.

The 32-year-old is in the second season of a $150 million, six-year deal. He played just 78 games last season due to quad and ankle injuries.

Infielder Otto Lopez was recalled from Triple-A Buffalo to take Springer’s roster spot, and Whit Merrifield played center field against the Twins. The Blue Jays also optioned right-handed reliever Trent Thornton to Triple-A to make room for right-hander Mitch White, who was recalled to start the game in Minnesota in his Blue Jays debut.

Sam Bankman-Fried’s crypto firms had deep ties to Voyager Digital and its bankruptcy wipeout
Apple reportedly plans to put ads in more apps on your iPhone
Cloud stocks are rallying after a punishing start to the year as 2022 outlook brightens
What is the UN Security Council?
CNBC Chairman Mark Hoffman to step down in September