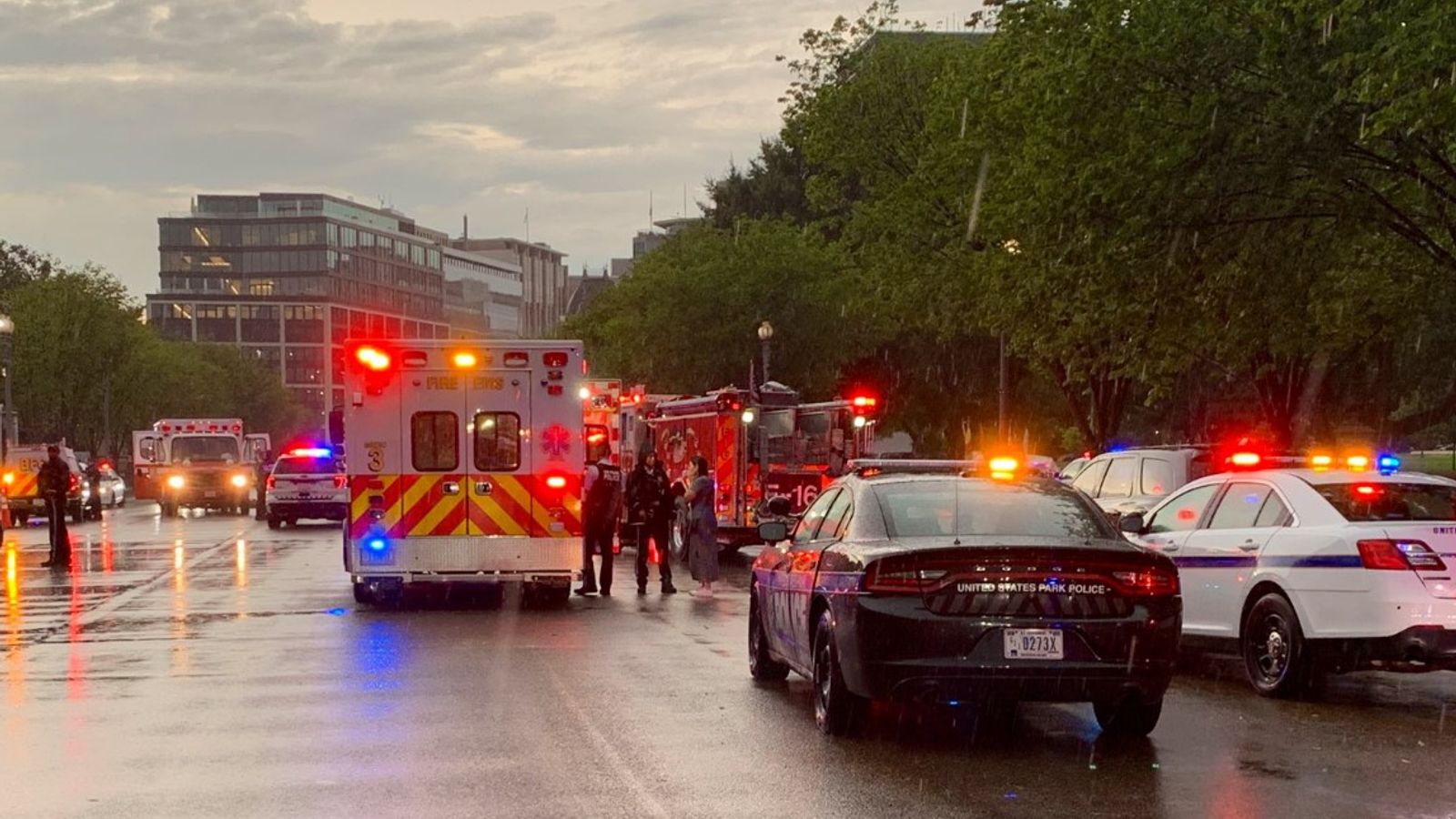 Four people are fighting for their lives after being hit by lightning outside the White House during a severe thunderstorm.

Two men and two women suffered critical injuries after they were struck in Lafayette Park, less than 500ft (150m) away from President Joe Biden‘s official residence in Washington DC.

US Secret Service members were deployed to give emergency aid at the park due to its proximity to the White House.

The lightning hit near a tree yards away from the fence surrounding the presidential residence and offices.

The District of Columbia Fire and Emergency Medical Services Department were called to the scene around 6.52pm local time on Thursday evening.

Spokesman Vito Maggiolo issued a statement inside his car due to the “significant storm conditions”.

“All four victims were suffering from critical, life-threatening injuries,” he said.

“We were able to quickly treat and transport all four patients and they were all taken to area hospitals.”

Mr Maggiolo thanked the US Secret Service and United States Park Police for immediately responding and giving aid to the four people.

They have not yet been named and it is not clear whether they were known to each other.

Lafayette Park is a seven-acre public space north of the White House, which is particularly popular with visitors in the summer months.

A flash flood warning was issued for the District of Columbia in the wake of the incident.

The violent storm swept through Washington as temperatures soared above 32.2C (90F) – but high humidity levels meant the heat was likened to 37.8C (100F).