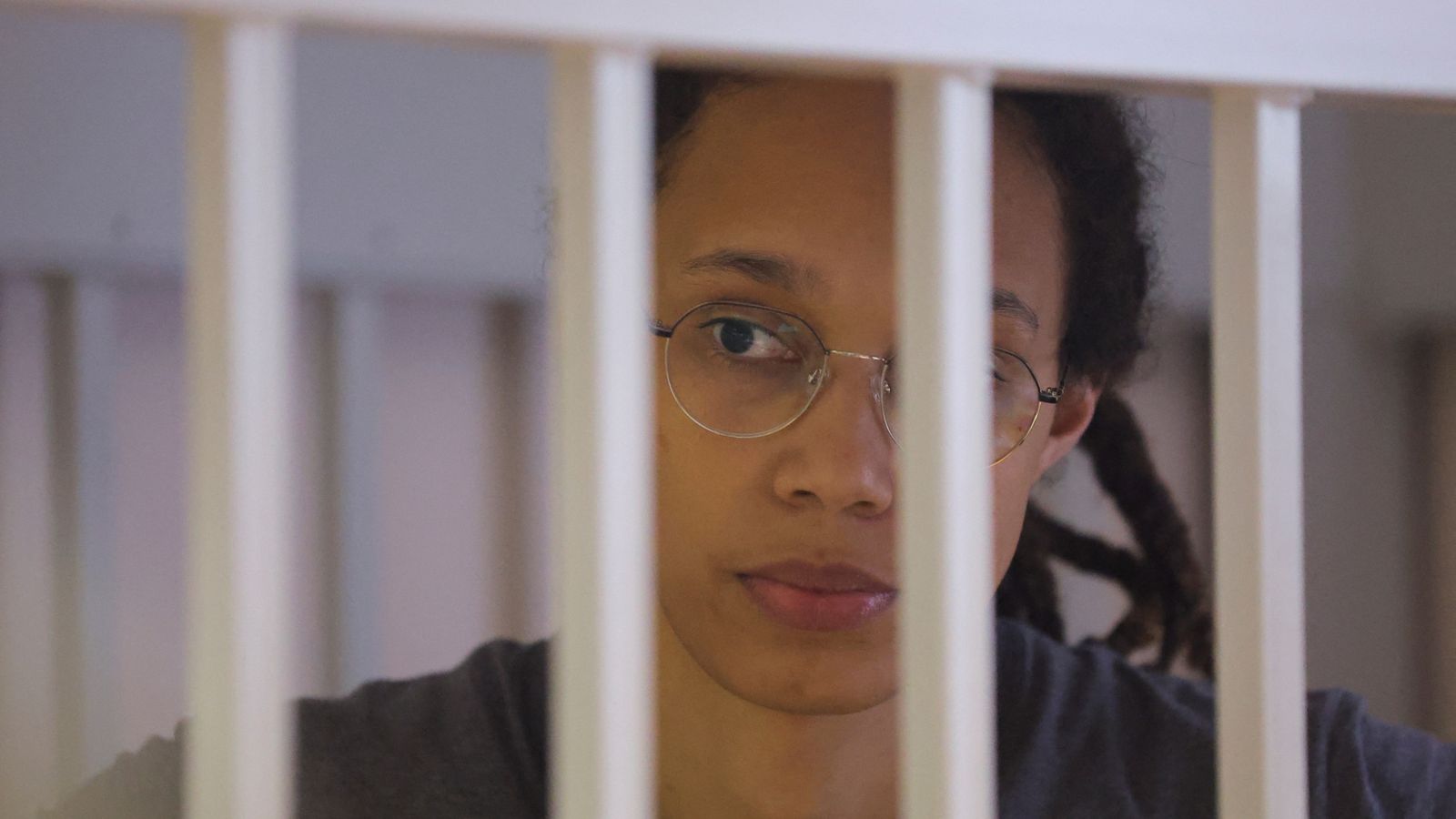 A Russian judge has convicted and sentenced American basketball player Brittney Griner to nine years in prison for drug possession and smuggling.

President Joe Biden described the jail term as “unacceptable” and called for her immediate release.

Judge Anna Sotnikova said the time Griner has served in custody since her arrest in February would count towards the sentence.

Griner reacted to the term with little emotion and listened to the verdict with a blank stare on her face, as the judge handed down her sentence and fined the basketball player 1 million roubles (£13,435).

Mr Biden said in a statement: “Today, American citizen Brittney Griner received a prison sentence that is one more reminder of what the world already knew: Russia is wrongfully detaining Brittney.

“It’s unacceptable, and I call on Russia to release her immediately so she can be with her wife, loved ones, friends, and teammates.”

The 31-year-old was arrested at Moscow airport on 17 February after police said they found vape canisters containing cannabis oil in her luggage.

She pleaded guilty to charges and before the verdict was delivered on Thursday, Griner told the court she had no intention to break the law when she flew to Russia to play basketball in the city of Yekaterinburg.

While recapping the evidence and giving her findings, the judge said the Phoenix Mercury player took drugs into Russia illegally.

Griner’s lawyer said they would appeal the sentence, adding that the court ignored evidence they had presented as well as the guilty plea.

They said they were “disappointed” by the verdict.

The Russian prosecutor had called the two-time Olympic gold medallist to be sentenced to 9-1/2 years prison.

US Secretary of State Antony Blinken has proposed a high-stakes prisoner swap, which could see Griner and Paul Whelan, another America imprisoned in Russia on an espionage conviction, go free.

Russian officials hit out at US statements about the case, saying a possible deal should be discussed through “quiet diplomacy without releases of speculative information”.