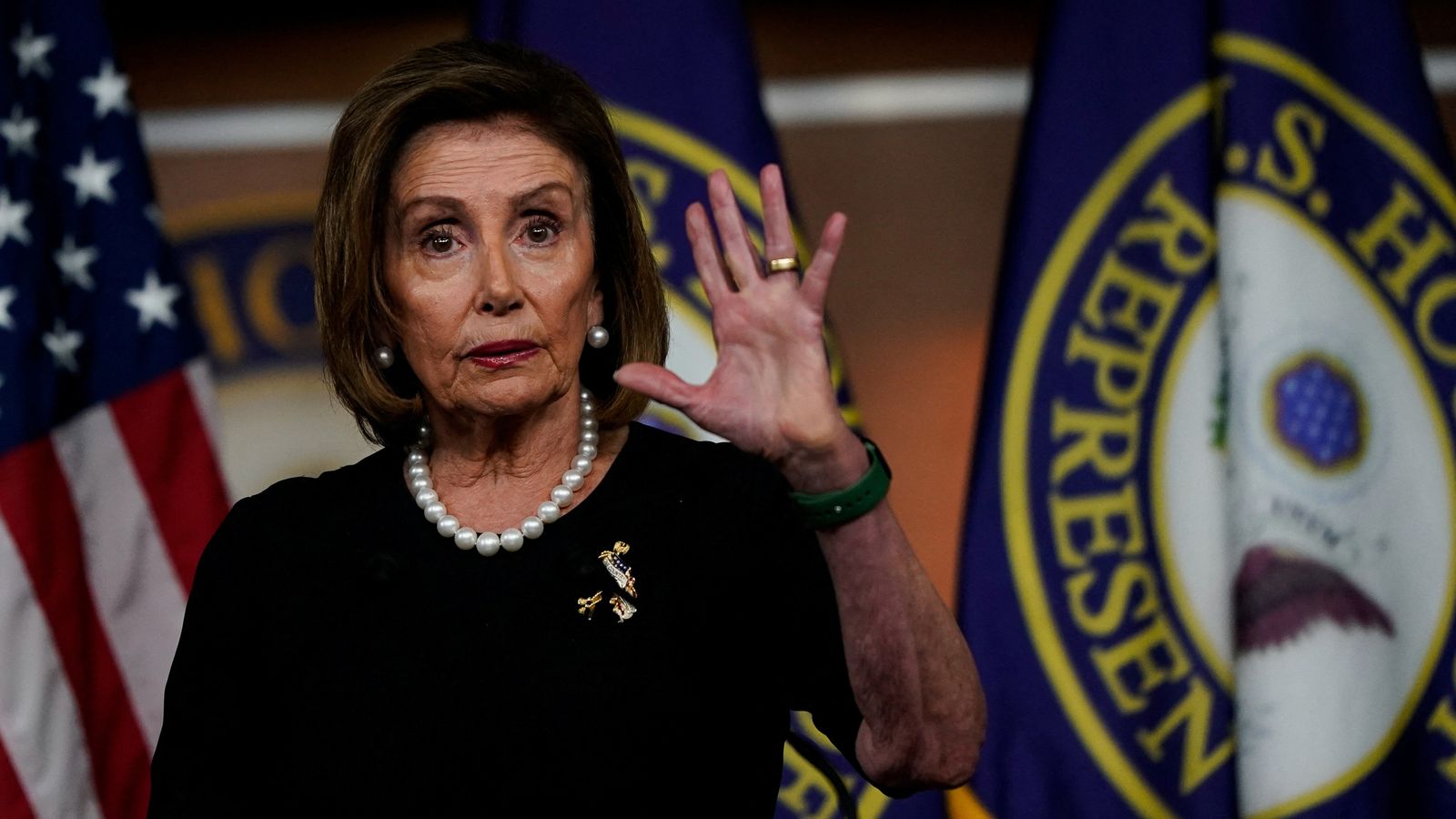 US House Speaker Nancy Pelosi is set to arrive in Taiwan later today amid escalating tensions in Beijing over the impending visit.

While there has been no official announcement, local media in Taiwan has reported that Ms Pelosi will arrive in Taipei on Tuesday.

The US airforce jet that Ms Pelosi flew on to Malaysia has taken off from Kuala Lumpur – it is unclear if Ms Pelosi is on the plane, but the US Navy has simultaneously deployed four warships east of Taiwan.

A US official called these “routine deployments”.

Ahead of her arrival, China’s foreign ministry confirmed there had been communication with the US, adding it wanted to be “clear about the gravity and sensitivity of this matter”.

Ms Pelosi began a tour of four Asian countries on Monday, starting in Singapore. She arrived in Malaysia on Tuesday for the second leg, where she met lower house Speaker Azhar Azizan Harun in parliament and then Prime Minister Ismail Sabri Yaakob.

China has threatened retaliation ahead of the visit, driving concerns of a new crisis in the Taiwan Strait.

Read more:
Badly timed Taiwan visit may have the US and China quietly walking into a crisis
China warns US not to ‘play with fire’ over Taiwan during two-hour call
The Taiwan question

Beijing, which regards Taiwan as a renegade province to be annexed by force if necessary, has warned of repercussions, saying its military will “never sit idly by” if Ms Pelosi pushes ahead with the visit.

The country regards Taiwan as part of its own territory and sees contact between US officials and the country as an encouragement to make its decades-old de facto independence permanent.

The visit would make her the highest-ranking elected US official to visit in more than 25 years.

Few in Washington are surprised by the House Speaker’s trip

Few in Washington are surprised by the House Speaker’s Taiwan trip. In her decades-long political career, Nancy Pelosi has been passionate about international human rights and critical of China on Tibet, Hong Kong, and the Uyghur genocide.

She first made her name when as a young backbencher in 1991 during a Congressional trip to Beijing, she snuck away from her government handlers and unveiled a peace banner with two colleagues in Tiananmen Square.

The three politicians were chased away by military police but their stunt made headlines across the world.

However, China’s aggressive response to Ms Pelosi’s visit and threats of “consequences” demonstrate exactly why the Pentagon has been sceptical about the wisdom of making such a trip.

The White House has made it clear it is not their role to tell Speaker Pelosi where or where not to travel, but President Biden’s team seem to be the ones left trying to calm tensions, insisting they will “not take the bait and engage in sabre-rattling”.

Now 82 years old and unlikely to lead the House Democrats long after November’s midterms, Nancy Pelosi is likely thinking of her legacy.

And what better way to bookend a career in Congress than by causing another international incident at China’s expense.

On Monday, the White House hit back at Beijing’s rhetoric, and said the US has no interest in deepening tensions with China and “will not take the bait or engage in sabre-rattling”.

White House National Security Council spokesman John Kirby said the administration is concerned Beijing could use the visit as an excuse to take provocative retaliatory steps, including military action – such as firing missiles in the Taiwan Strait, or carrying out large-scale naval exercises.

Many of these children could be treated – but doctors are struggling to keep them alive
‘This is not your show’: Judge admonishes Alex Jones during trial
Adele on engagement rumours, having more babies and her LA residency
Volcon’s US-built all-terrain electric UTVs to use GM drivetrains
Research Suggests Stomata Doesn’t Control Loss of Water From Plant Leaves