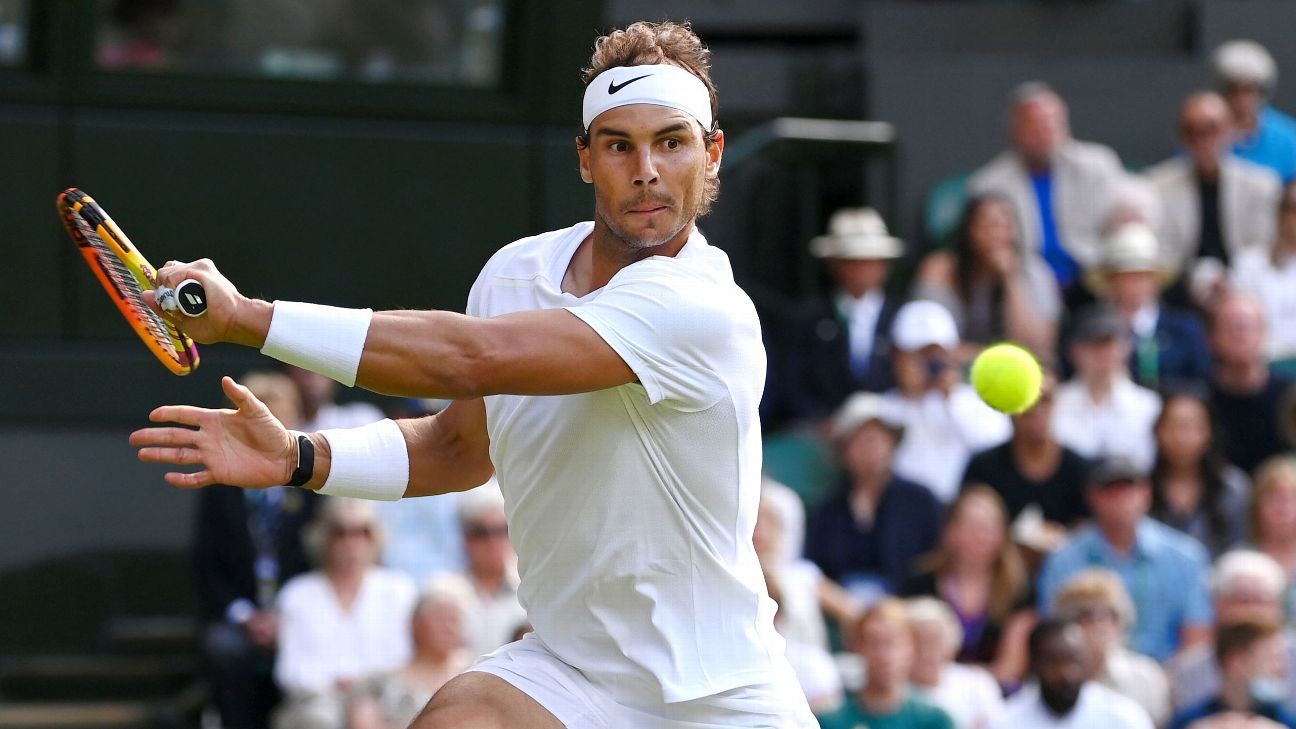 Rafael Nadal made it through to the third round of Wimbledon for the 11th time after getting past Ricardas Berankis 6-4, 6-4, 4-6, 6-3 on Thursday.

The second-seeded Nadal looked far from his best at times, but he won on Centre Court in a match that finished under the roof after a rain delay during the fourth set.

It was Nadal’s 307th Grand Slam match win, taking him past Martina Navratilova in fourth place on the all-time list, behind Roger Federer (369), Serena Williams (365) and Novak Djokovic (330).

In other men’s matches, former French Open finalist Stefanos Tsitsipas, the fourth seed, set up a showdown with fellow hard-hitter Nick Kyrgios, advancing to the third round with a 6-2, 6-3, 7-5 victory over Jordan Thompson of Australia on No. 1 Court.

Tsitispas broke Thompson in the final game to clinch the win on his third match point when the Australian sent a shot long.

It’s the first time since 2018 that he is into the third round at Wimbledon, having lost in the first round last year and 2019. Tsitsipas, who lost last year’s French Open final to Novak Djokovic, reached the fourth round in 2018 for his career-best result at the All England Club.

“It’s going to be a challenging one on grass for sure,” Tsitsipas said about facing Kyrgios. “He’s a big opponent for this surface.”

Kyrgios beat 26th-seeded Filip Krajinovic 6-2, 6-3, 6-1 on No. 2 Court, reaching the third round with a performance that made sure his tennis was the only talking point this time by showing off an array of shot-making that included 50 winners, 24 aces and a couple of crowd-pleasing “tweeners.”

Kyrgios never faced a break point and looked fully focused throughout the match, without getting into any major arguments with the chair umpire or the crowd — though he did berate one fan for coughing during the second set. After his first-round win, the volatile Australian spit in the direction of a spectator he said had been hassling him.

Said Kyrgios of Thursday’s win: “I just wanted to remind everyone that I’m pretty good.”

Nakashima, who is ranked 56th in the world and advanced to the same stage at this year’s French Open, will next face Daniel Elahi Galan. The Colombian advanced to the third round when Roberto Bautista Agut withdrew from the tournament after testing positive for COVID-19.

The Associated Press contributed to this report.