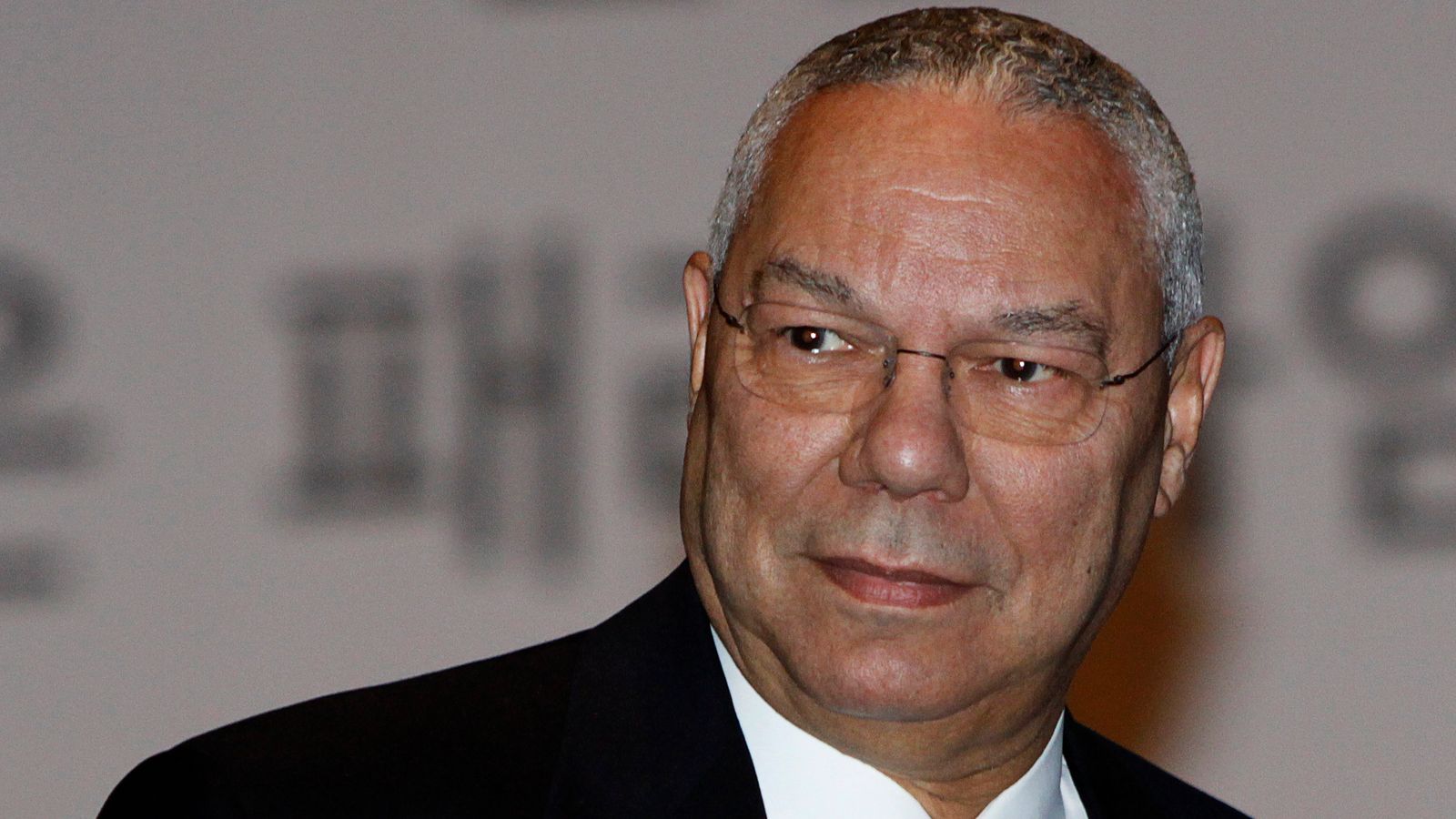 Former US Secretary of State Colin Powell has died following coronavirus complications, his family has said.

A statement on his Facebook page posted by his family said the 84-year-old “passed away this morning due to complications from COVID-19”.

“He was fully vaccinated,” they said.

“We have lost a remarkable and loving husband, father, grandfather and a great American.”

NBC News cited his spokesperson Peggy Cifrino and a family member as saying he was at Walter Reed National Medical Centre in Maryland at the time he died, where he had been suffering from multiple myeloma.

Mr Powell was the first African American secretary of state and the first black chairman of the joint chiefs of staff.

At the time he held the secretary of state role, from 2001-2005, it was the highest any African American had been in the federal executive branch of the US government, until Barack Obama became president.

Secretary of State is fourth in line after the president in the line of succession, and only Condoleeza Rice held the same role in the year’s before Mr Obama’s election.

Before his becoming the US’s chief diplomat, he was best known for his role in front of the camera during the first Gulf War, where as the highest-ranking and most senior military officer in the United States Armed Forces he would brief the media about the liberation of Kuwait and then the push on into Iraq, in what has been described as the first 24-hour televised war.