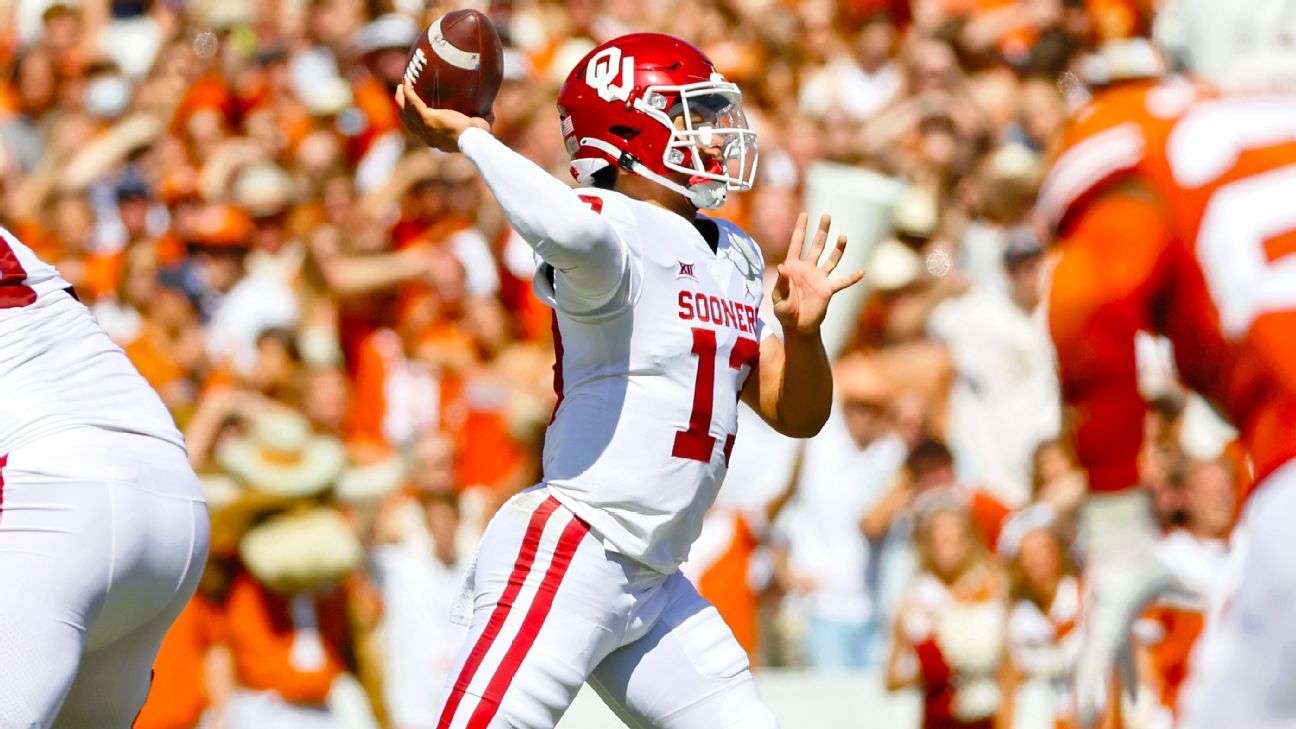 Freshman Caleb Williams got his first start for Oklahoma on Saturday, announced as the starter about 15 minutes before kickoff, getting the nod over Spencer Rattler against TCU.

The decision ended a week of speculation and some palace drama after Sooners coach Lincoln Riley declined to publicly name a starter. The OU Daily reported on Tuesday that Williams took the majority of the first-team reps in practice based on a vantage point from a public building on campus, prompting Riley to cancel all media availability for the remainder of the week.

Rattler, the preseason Heisman Trophy favorite, was benched after two turnovers early in the Sooners’ game last week against Texas. Williams, who had already run for a 66-yard touchdown on a designed run, came off the bench with OU trailing 35-17 to ignite a furious comeback in Oklahoma’s 55-48 win.

Williams’ 300 yards of total offense were the most ever by a true freshman against Texas.

As a redshirt freshman last season, Rattler threw for 3,031 yards with 28 TDs and seven interceptions — with just three of those over his final seven games — and completed 47 passes of 20 or more yards, which ranked ninth nationally.

This season, he has thrown for 1,371 yards with 10 touchdowns and five interceptions as the Sooners’ offense has struggled, scoring the fewest points in the Lincoln Riley era in a 23-16 win over Nebraska, then again the next week in a 16-13 win over West Virginia. Rattler’s 71.9 QBR ranks 30th nationally.

Riley has defended Rattler, saying the offense’s struggles aren’t completely on him. Riley added this week that he feels comfortable with either quarterback.

“For me, I feel like I have two really good players,” he said. “I don’t see it as a problem. I don’t see it as an issue. You get to choose between two great options and it’s a good position to be in. I know both of those kids will respond no matter what position they are in.”