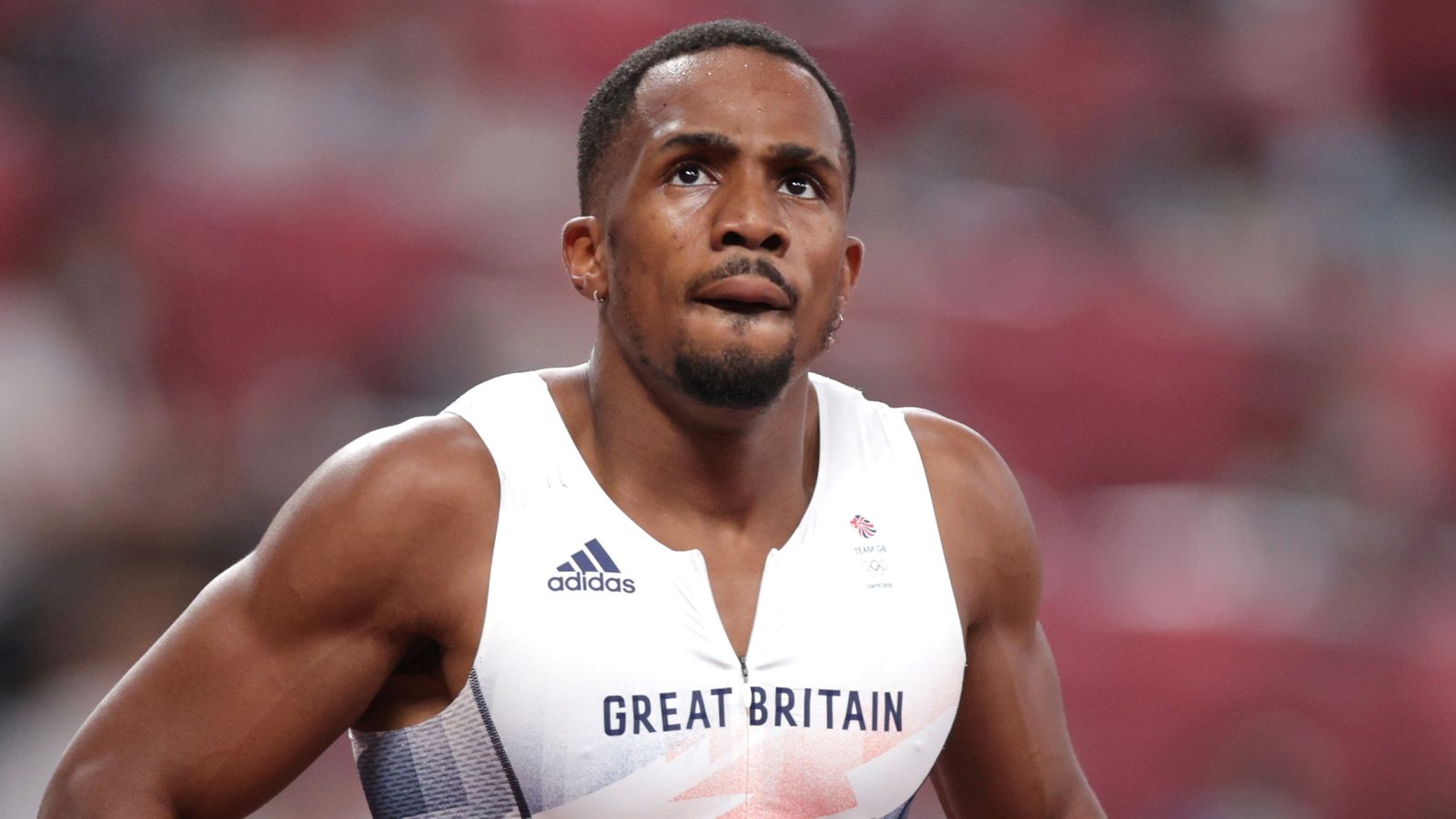 If proven, the entire British relay team will be disqualified.

The Athletics Integrity Unit (AIU) confirmed Ujah had been provisional suspended after a test showed the “presence/use of a prohibited substance (Ostarine and S-23)”.

These are selective androgen receptor modulators (SARM) and help with building muscle.

The International Testing Agency (ITA) says the relevant sample was collected after the 27-year-old competed in the 4x100m final at the Tokyo Olympics on 6 August.

The result was reported at a laboratory two days later.

Ujah now has the right to request the analysis of his B-sample.

If requested, and if the B-sample confirms the initial finding – or if Ujah does not wish to have further analysis done – the case will be referred to the anti-doping division of the Court of Arbitration for Sport.

The world athletic anti-doping rules state: “Where the athlete who has committed an anti-doping rule violation competed as a member of a relay team, the relay team shall be automatically disqualified from the event in question, with all resulting consequences for the relay team, including the forfeiture of all titles, awards, medals, points and prize and appearance money.”

Ujah, Zharnel Hughes, Richard Kilty and Nethaneel Mitchell-Blake claimed silver in Tokyo after being beaten to the gold by Italy by just 0.01 seconds.

There is no suggestion any of his team mates tested positive for a banned substance.

Once the matter is settled, the case will be referred to the Athletics Integrity Unit (World Athletics) to follow up on sanctions beyond the 2020 Olympic Games.

The management of Team GB were delighted to get through the Olympics with none of their athletes in Japan testing positive for Covid19.

Athletes were checked relentlessly for the virus as well as the standard doping checks during competition. To have one doping test return a positive result will shock the whole team but there is also a process to be followed which starts with an analysis of CJ Ujah’s second “B Sample.”

He has a right to respond and there is a step by step process to follow – first of all they have to establish definitively if there has been a doping violation.

The potential consequences are, of course, acutely serious – for starters, the silver medal would be stripped from the GB quartet who produced one of the standout British athletics performances in Tokyo.

The day afterwards the four of them were at the Team GB performance lodge in Tokyo doing media interviews – they all seemed relaxed and really enjoying the moment.

Their part in Team GB’s success is now in question and their Olympic legacy is in the hands of the laboratories that work to uphold the integrity of sport.

‘The number of victims is impossible to imagine’: Missile strike on Ukrainian shopping centre
‘He’s told me about it – it’s happening’: Emilia Clarke confirms Kit Harington will reprise Jon Snow role in GoT spin-off
Toyota issues recall for its flagship electric SUV following concerns about wheels coming off
UiPath to cut 5% of its workforce as part of restructuring plan
Hearn duo eye £150m windfall from sale of Matchroom Sport stake