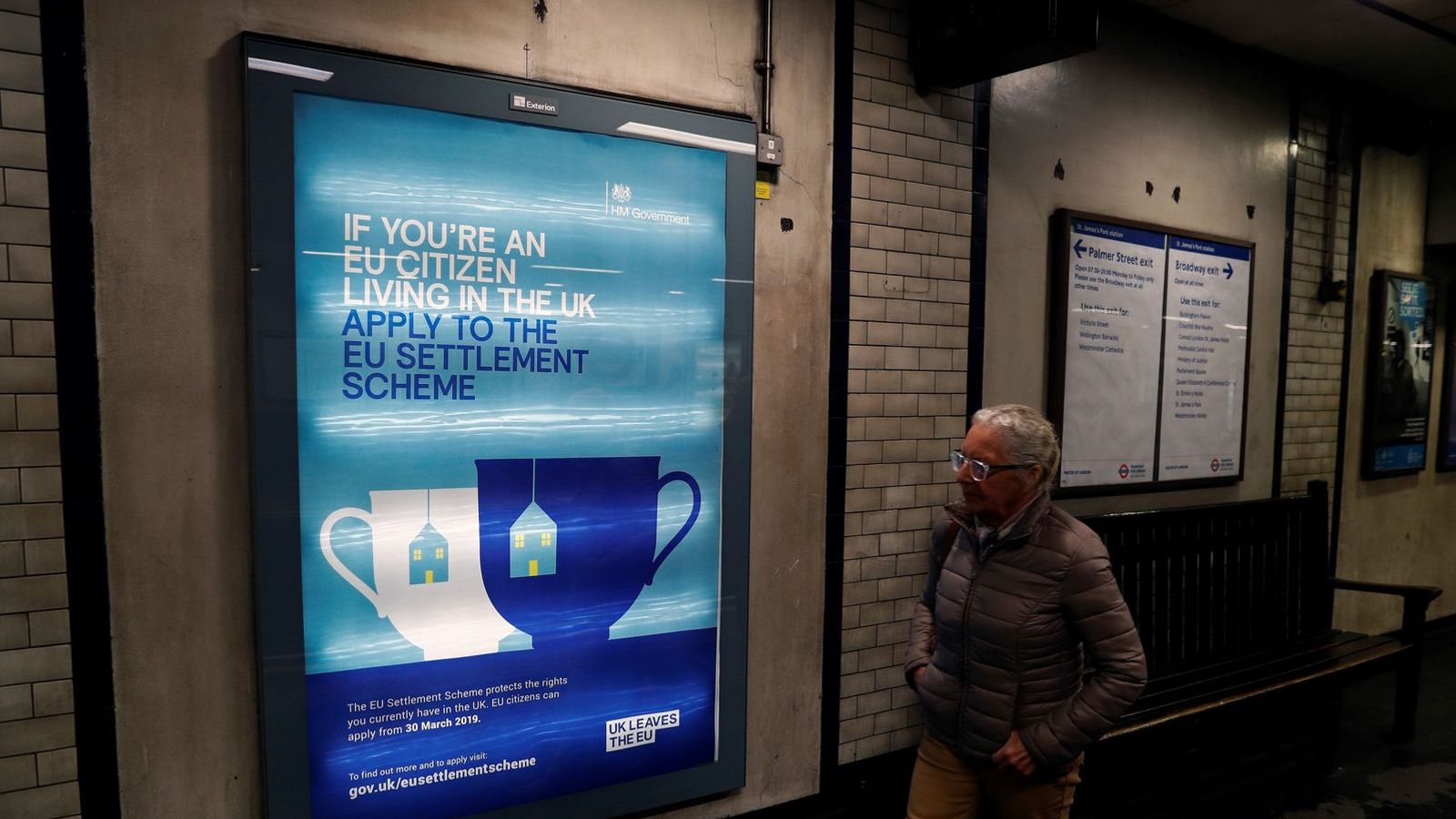 More than 58,000 applications were made to the EU Settlement Scheme in the month after the deadline had passed, new Home Office figures reveal.

EU citizens living in the UK had until 30 June to apply to stay in the country or lose their rights, under post-Brexit rules introduced by the government.

This is due to freedom of movement ending following the Brexit transition period.

But provisional Home Office data shows 58,200 applications to the scheme were received after the deadline up until the end of July.

The applications received after 30 June will include a mix of late submissions, those from family members, and requests to move from pre-settled to settled status, the government department said.

The figures also show more than six million applications (6,015,400) were submitted between the launch of the EU Settlement Scheme in March 2019 to its closing date of 30 June 2021.

More than 2.8 million of these (2,846,700) were granted settled status, allowing them permanent leave to remain.

And another 2.3 million (2,329,400) were granted pre-settled status, which means they need to reapply after living in the country for five years to gain permanent residence.

The Home Office said 8% of the applications were from “repeat applicants” (464,000), which suggests that around 5.5 million people had applied to the scheme before the deadline.

An invalid application means the Home Office has decided someone is not eligible to apply or had failed to provide sufficient proof of residence.

Applicants had to prove their identity, show they live in the UK, and declare any criminal convictions to qualify.

Once they have been granted settled status, successful applicants can use the NHS, study, and access public funds and benefits, as well as travel in and out of the country.

The Home Office previously said that people will be able to submit applications once the deadline has passed, provided they meet the “reasonable grounds” for a late application.

• If a parent, guardian or council has failed to apply on behalf of a child
• A person has a serious medical condition which stopped them from applying on time
• If someone is a victim of modern slavery, is in an abusive relationship, is vulnerable or lacks the ability to make the digital application
• Other compelling or compassionate reasons, including in light of the COVID-19 pandemic.

Applications can be made years afterwards – if a child discovered later in life that they are undocumented, for example.

Campaigners say there are questions over exactly how many people are eligible to apply but have not.

In particular, they have raised concerns about the effect on vulnerable people, such as children in care.