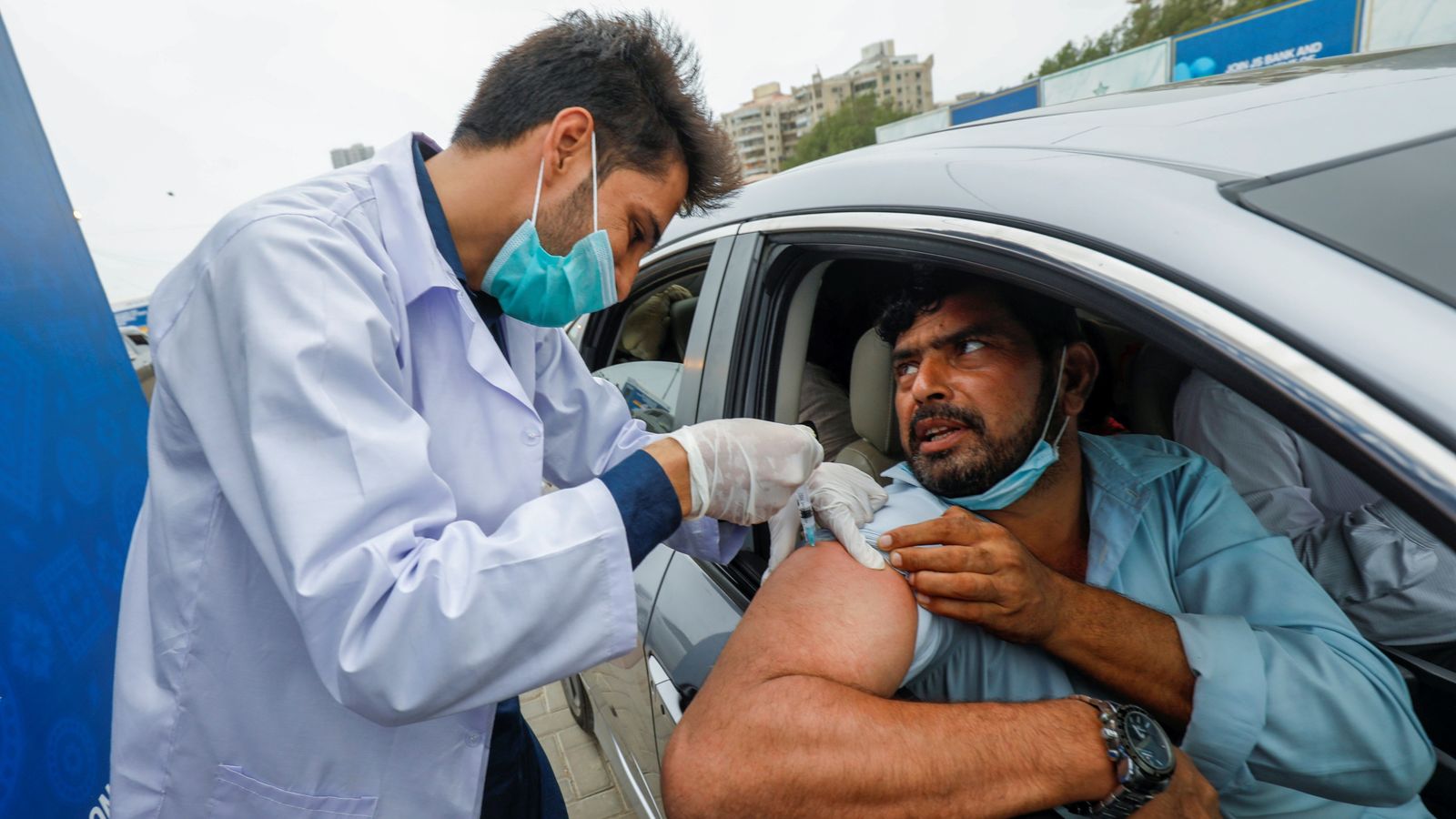 Pakistan’s top diplomat in the UK has said Boris Johnson assured him the government is “looking into” the prospect of removing the South Asian country from the travel red list.

Moazzam Ahmad Khan, Pakistan‘s high commissioner to the UK, said he had raised concerns directly with the prime minister when they met at Sandhurst military academy on Friday.

Pakistan has been on the COVID-19 red list since April, meaning almost all travel from the country to the UK is banned.

British and Irish nationals and those who have residence rights in the UK can return, but must quarantine in a government-approved hotel for 11 days at a cost of more than £2,000.

Pakistan was kept on the red list when the last travel review was carried out earlier this month, but neighbouring India was moved back to the amber category.

This has sparked criticism of the travel system, with a number of MPs calling for an explanation from the government.

Mr Khan said he had raised the matter with the PM last week, in a bid to get Pakistan removed from the red list when the travel rules are next reviewed on 26 August.

“We feel the system they [British authorities] have adopted to assess Pakistan does not present an accurate picture of our COVID-19 situation, and this needs to be corrected,” he said, in quotes carried by the Dawn newspaper.

“This is not criticism, but it is important to share our point of view. There is no communication gap, we are constantly in touch with them.

“In fact, I had an opportunity to speak to Prime Minister Johnson and brought it to his attention that keeping Pakistan on the red list has left both people in Pakistan and the diaspora frustrated and disappointed.

The high commissioner said authorities in the UK had expressed concerns about a lack of genomic surveillance of new COVID variants in Pakistan and low levels of testing.

But Mr Khan said Islamabad’s view was that the UK was not looking at the whole picture.

“We feel when assessing Pakistan’s situation, all elements were not considered,” he said.

Ukraine Invasion: How could a battle for Kyiv play out?
Another ‘algorithmic’ stablecoin has fallen below its $1 peg — but experts say it’s not ‘Terra 2.0’
Shop worker held by police after Rudy Giuliani ‘slapped on the back’
Judge: Looking forward to arbitration hearing
‘No time for doubt’: How Nathan MacKinnon can pull out of a scoring drought