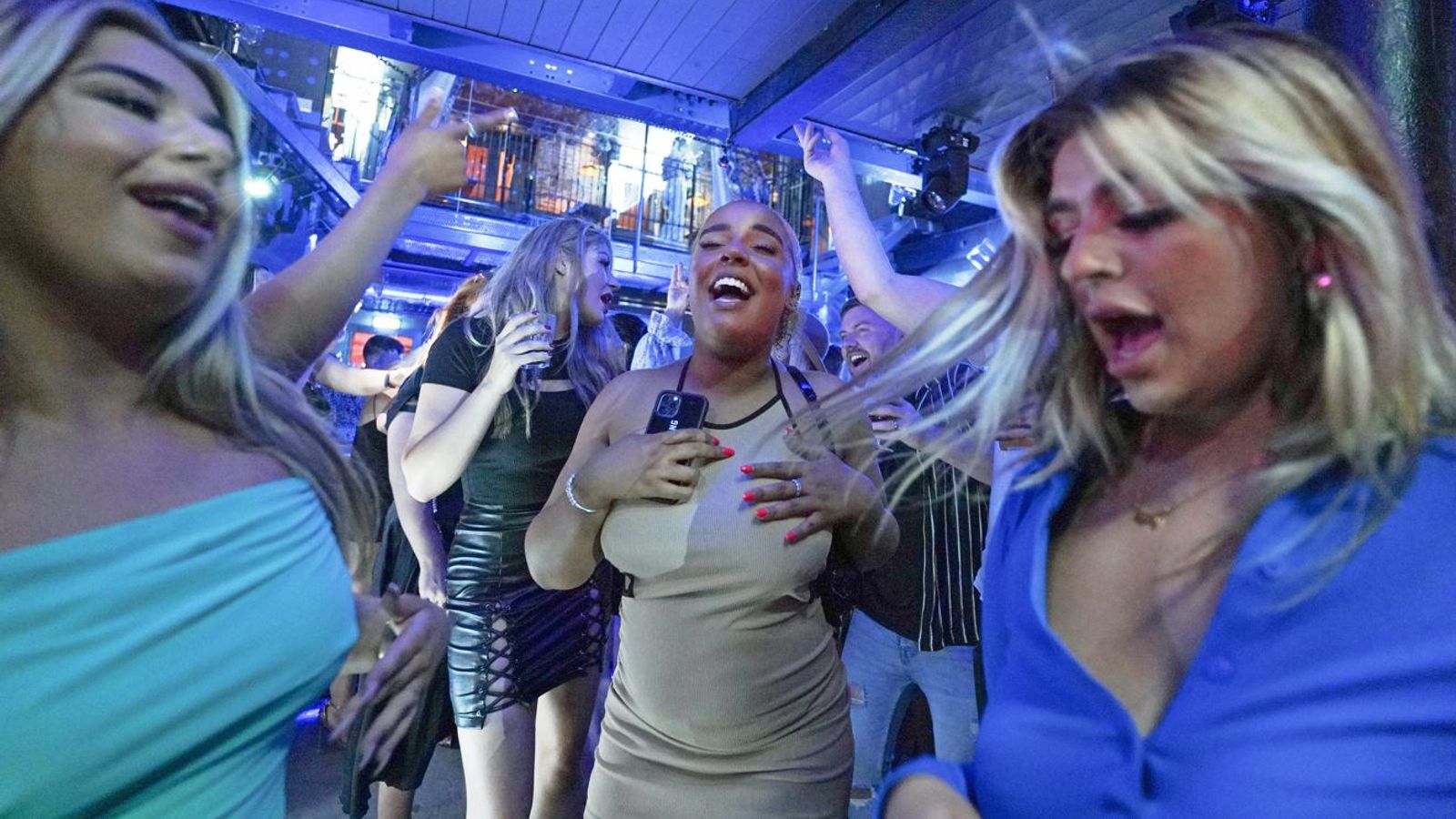 “Freedom Day” gave a much-needed boost to the night-time economy but many people remain reluctant to return to their offices, new research suggests.

The end of COVID-19 lockdown restrictions on 19 July saw people heading out to freely socialise in pubs, restaurants and nightclubs for the first time in over a year.

Night-time footfall in the centre of the UK’s 63 largest cities rose by 16%, but daytime worker footfall fell by 1% in the last week in July, according to the Centre for Cities.

People across northern England were most keen for an evening out, particularly in Blackpool and Sunderland which saw a 50% and 37% increase in night-time footfall respectively.

Data from 31 of the largest cities showed that fewer than one in five people have returned to their city centre workplace, with average footfall remaining at just half of pre-COVID levels.

The think tank found people in Brighton were most likely to have returned – with daytime worker footfall there at 49% of pre-COVID levels.

Just two places have recovered to their pre-pandemic levels by the end of July: Blackpool and Bournemouth. However, these two tourist hotspots are likely to see visitor numbers fall once the summer is over.

Centre for Cities’ director of policy and research Paul Swinney said: “It’s a mixed picture as the country takes its next steps back to normality – both for different types of businesses and for different places.

“People’s eagerness, particularly in cities in the North and Midlands, to go out and socialise has been a lifeline for many businesses in the night-time economy.

“But a reluctance to head back to the office in our largest and most economically important cities means that people in the so-called ‘sandwich economy’ that caters to city centre office workers are facing an uncertain future as we get ever closer to the end of the furlough scheme in September.”

The five places that saw the biggest increase in footfall in the last week of July (as a percentage of the pre-COVID average):

The five places that saw the lowest increase in footfall the last week of July (as a percentage of the pre-COVID average):