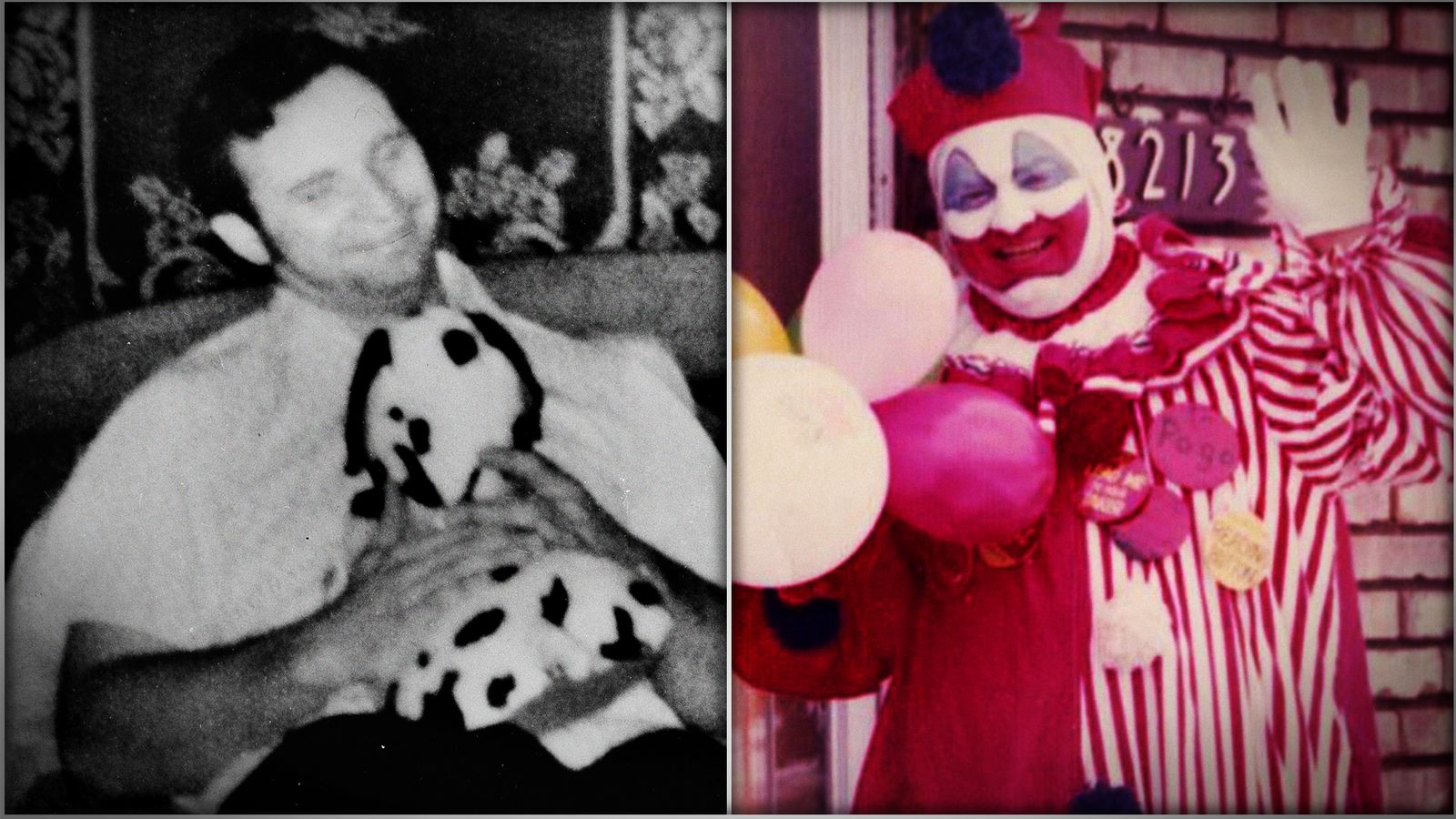 They are two of the most notorious serial killers in US history after murdering more than 60 young men and boys between them.

The horrific crimes of Dean Corll and John Wayne Gacy shocked America in the 1970s – but how closely they were linked has only recently been discovered.

Corll tortured, raped and murdered at least 28 victims in Texas after luring them to his home with the help of two teenagers.

The 33-year-old was dubbed the Candy Man because he gave children free sweets from his family’s confectionery business.

His brutal killings – known as the Houston Mass Murders – were only uncovered when he was shot dead by his accomplice Elmer Wayne Henley in 1973.

A year earlier, more than 1,000 miles away, Gacy had murdered his first known victim.

The builder from a suburb of Chicago lured victims to his home by pretending to be a police officer or by promising them work.

He became known as the Killer Clown after performing as Pogo the clown at fundraising events and hospitals throughout the years of his murders.

Now, a documentary, The Clown And The Candyman, has examined the two killers’ connection to a wider criminal conspiracy.

The four-part series identifies “a link” between the murderers and a network of paedophiles operating in the US at the time, according to its director.

And documentary maker Jacqueline Bynon believes there is “no question” there are more victims of the pair who are yet to be discovered.

She tells Sky News that Corll and Gacy are the most shocking serial killers in US history “because they operated for so long in big cities in plain sight and nobody noticed”.

Many of their victims – who were all boys and young men – would go missing and “nobody cared”.

“The interesting thing looking back from our perspective today is nobody cared about boys then,” Bynon says.

“They called them runaways. They didn’t matter.

“In one high school in one little area, 11 boys were missing and nobody noticed.

“Remember in the early 70s, it was just after Easy Rider; doing your own thing; marijuana – the counter-culture was there. Boys were doing that. And some of them were going to the Vietnam War and not coming back.

“So when the seats were empty in the classroom, nobody noticed.

“If they had been girls, as one cop said to me, this would have been different.

“If a girl had gone missing, they would have put a lot of time into it.”

Seventeen bodies were found in a boat shed, four were discovered in woodland by a lake, and the other seven known victims were buried at beaches.

Bynon visited the Texas cities of Pasadena and Houston where Corll carried out his killings and she says the impact is still being felt.

“For some people, it was like the murders occurred two weeks ago,” she tells Sky News.

“They were still raw over it. They are still almost haunted by it.”

Both of Corll’s accomplices received life prison sentences, with Brooks reportedly dying with COVID last year while still behind bars.

Henley – now aged 65 – remains in prison and Bynon spoke to him several times about doing an interview for the documentary.

“The problem was COVID hit,” she says.

“Unlike most lifers, he liked being communicated to by journalists. But he always wanted something.

“He was friendly but he was also cautious. When I asked him about certain things, he would go: ‘I don’t know anything about’.

“That’s the one thing I regret – that I never got to sit opposite him… he may have opened up.”

Gacy claimed all of his killings were committed inside his house in Chicago. Twenty-six bodies were found in his crawl space, three others were buried elsewhere at his property and four victims were dumped in a river.

Eight of his victims were buried without being identified – six still haven’t been named.

After being convicted of 33 murders – then the most homicides by one person in US legal history – Gacy was sentenced to death in 1980, but it would be another 14 years until he was executed by lethal injection.

“His final words when he was executed were: ‘Kiss my ass,'” says Bynon.

The filmmaker says she was given recordings of conversations Gacy had during his time in prison – which feature in the documentary – with a man called Randy White who was “fascinated by serial killers”.

White recorded his talks with Gacy over two years and spoke to the murderer the day before he was executed.

Bynon believes some people’s fear of clowns originates from the Gacy case.

“They’re supposed to make you laugh but that’s the way he lured people in,” she says.

“He did it with innocence to cover up.”

The Clown And The Candyman begins airing on Sky Crime at 9pm on Sunday.

Dyslexic People, Skilled at Exploring, Helped in Evolution That Led to Human Survival: Study
Haberman reports on Ivanka Trump’s differing election statements
British Airways workers at Heathrow vote to strike during school summer holidays
‘No time for doubt’: How Nathan MacKinnon can pull out of a scoring drought
Voters fed up of hearing how I ‘stuffed up’ PM says as he plays down by-election defeats