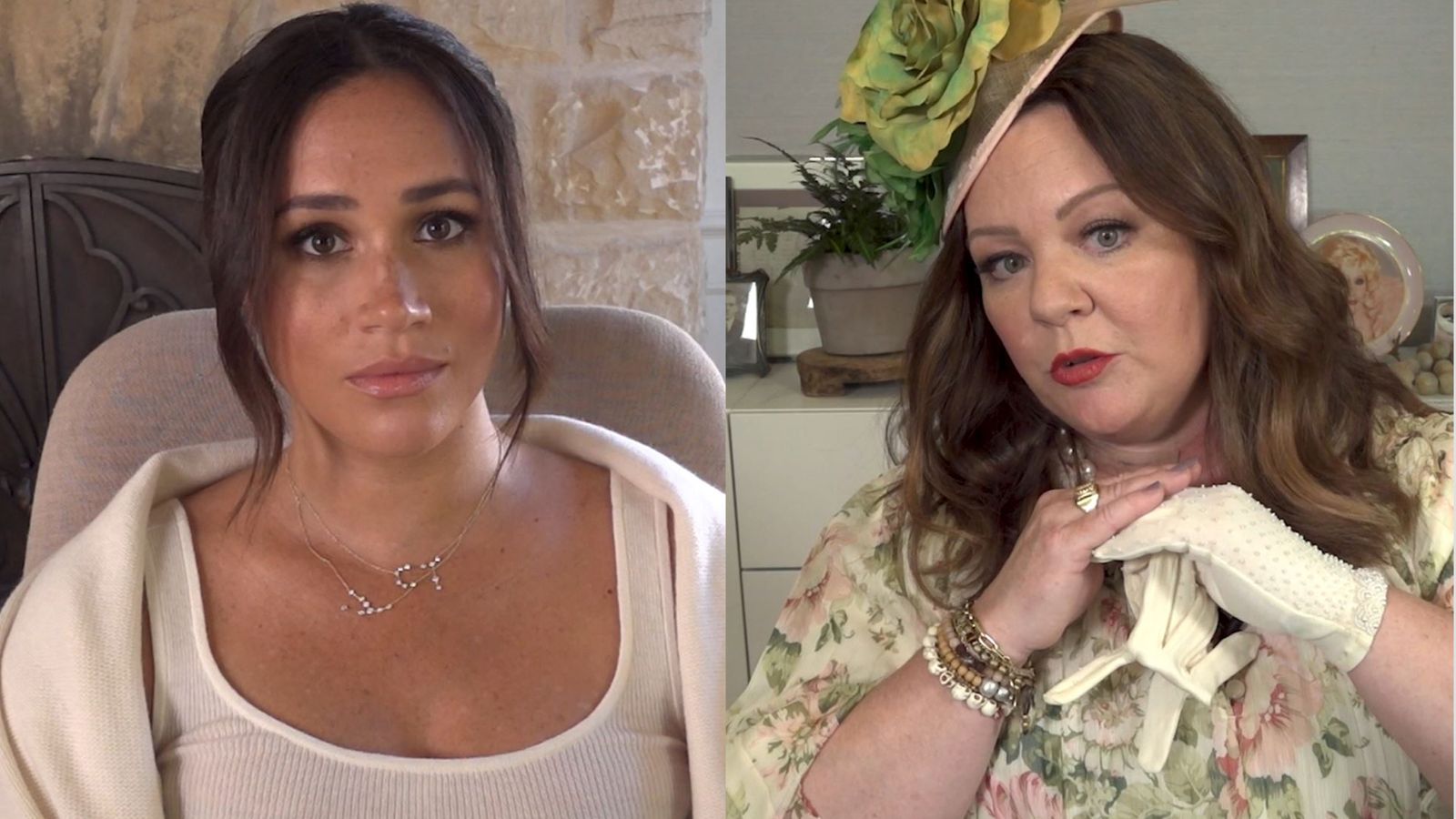 Turning 40 is a big occasion, so the Duchess of Sussex needed to come up with a something special to celebrate.

In a video released to mark her milestone birthday, Meghan can be seen chatting through ideas with her Hollywood pal Melissa McCarthy.

The pair discuss getting matching tattoos, but Meghan jokes that she already has “something really similar across my back” and it’s maybe one to save for the 50th. So that’s out.

McCarthy then asks if the duchess is going to reunite with her castmates from legal drama Suits, the show that made her famous.

She doesn’t entirely dismiss it, but questions why that would be part of her birthday celebrations.

McCarthy, star of films including Bridesmaids, Spy and Can You Ever Forgive Me?, also teases the duchess by asking if she will mark the occasion with “another photo shoot under a tree where you’re looking very peaceful”, in reference to the picture Harry and Meghan released when they announced they were expecting their second child.

“Peaceful under a tree is me every day,” Meghan replies.

In outtakes seen at the end of the clip, McCarthy asks whether “afternoon tea with your chickens” – which Meghan spoke about in her famous Oprah interview earlier this year – is an option, and the pair burst into laughter as they realise Harry can be seen juggling outside.

But the real reason for the video is actually the announcement of the 40×40 project, which involves 40 activists, athletes, artists and world leaders who Meghan has asked to contribute 40 minutes of their time to support women re-entering the workforce.

The duchess is urging other people to get involved too.

“Because I’m turning 40 I’m asking 40 friends to donate 40 minutes of their time to help mentor a woman who’s mobilising back into the workforce,” she says in the clip, which has been released on Harry and Meghan’s Archewell website.

“Over two million women in the US alone and tens of millions around the world have lost their jobs due to COVID. And I think if we all do it and all commit 40 minutes to some sort of active service, we can create a ripple effect.”

In a statement on the website, Meghan said that women are “shouldering the brunt of the crisis when it comes to unpaid labour, including schooling and caring for family members” and that research shows “fewer women than men will regain work” as the world recovers from the pandemic.

McCarthy shared the video on her Instagram page, and said: “Whether you donate time to mentoring, community service, or any act of service that you can, we can all contribute to a global wave of compassion and positive change together.”

Aptera’s clever new community funding program prioritizes your SEV delivery the more you invest
40 dead after bus falls into ravine
Santos’ lies cast harsh spotlight on a powerful Republican
‘I hate that it was five black men’: Tyre Nichols’ mother ‘praying for families of officers involved in his death’
The deadly assault draws painful parallels for Americans who are no strangers to videos of police violence