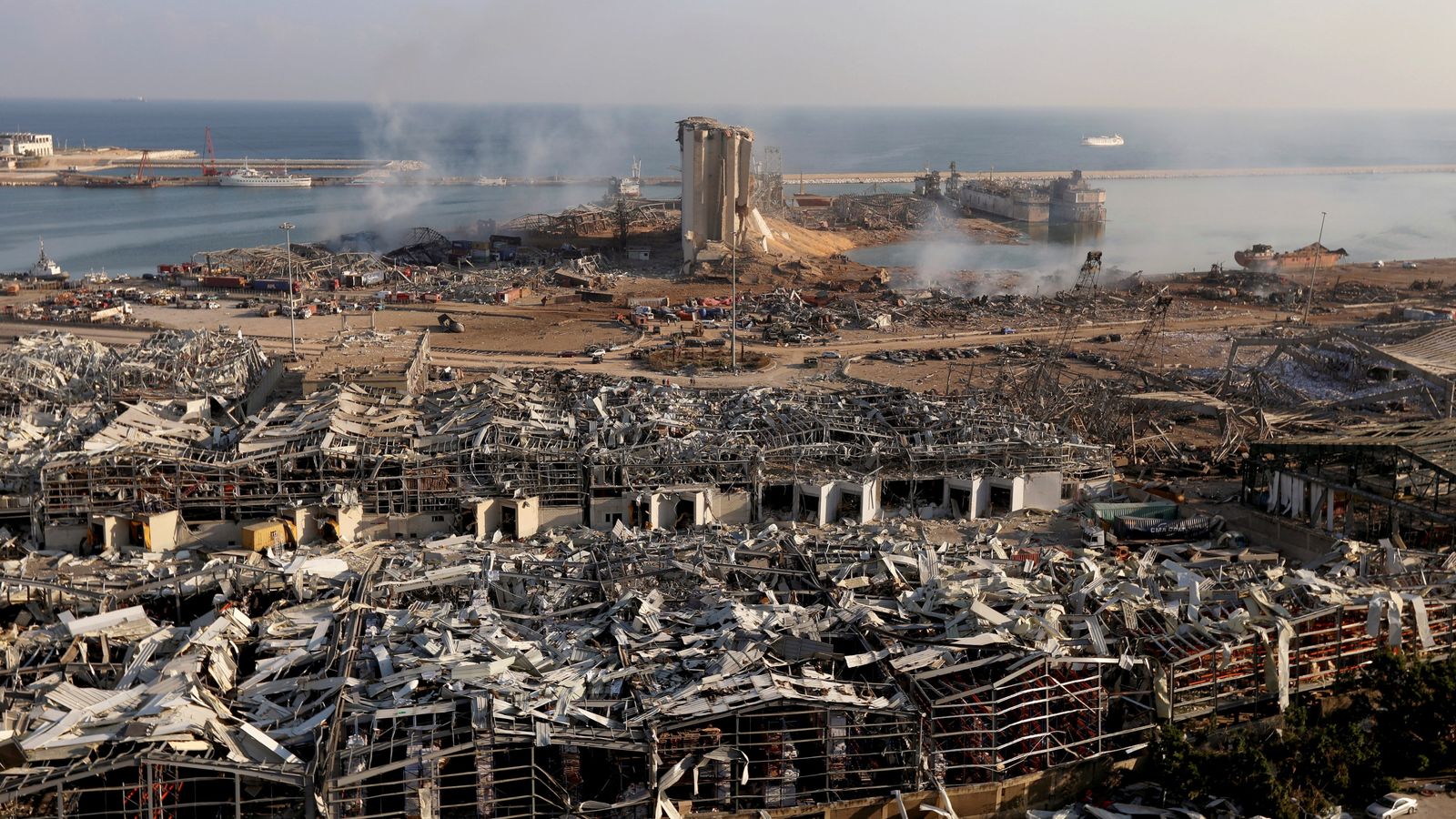 Beirut is bracing itself for widespread demonstrations to mark the anniversary of the port explosion that killed hundreds of people and injured thousands.

Families of the victims are expected to be joined by protesters furious at the lack of justice and accountability for senior political and security figures they hold responsible for the incident.

It came as Human Rights Watch claimed to have uncovered evidence which implicates senior Lebanese officials in the explosion on 4 August 2020, caused when hundreds of tonnes of ammonium nitrate stored inside a warehouse at the port ignited.

Paul Naggear and Tracey Awad-Naggear are among those who are taking to the streets demanding an international investigation.

Their three-year old daughter Alexandra was playing with dolls at her home, in a neighbourhood just a few hundred metres from the port, when the blast tore through. Despite being rushed to hospital, she died three days later.

“We miss her everyday more and more, but the rage is growing as well… We still have no answer to anything.

“We still have no justice, not even a hint of justice. We’re enraged. We feel frustrated and the rage is growing.”

Mr Naggear added: “What justice means for us is that all the criminals, the ruling mafia, are held accountable: behind bars or worse.

“We are hoping to take our country back because part of justice for us is to live in a safe country, progressive, democratic country.

“We can’t live here if these criminals are still in power. It’s part of our fight and what we hope for is to get rid of them.”

It is a view shared by many ordinary Lebanese people who are struggling with the country’s economic collapse and feel worn down by decades of corruption and political incompetence.

Nationwide protests in the autumn of 2019 had briefly offered some hope that the decades old political system, based on antiquated sectarian quotas, could be overturned.

However by early 2020, Lebanon’s economic decline, exacerbated by the COVID-19 pandemic, deepened and street protests subsided.

The events of last summer led to an outpouring of popular anger and forced the resignation of the government.

A year on, political infighting has meant that a replacement government still hasn’t been formed, as millions of people contend with rising unemployment, fuel and medicine shortages, and rolling power cuts.

Families of the victims and thousands across the country are now demanding an independent investigation into who was responsible for the port explosion. Human Rights Watch is urging the United Nations to intervene.

“Yet, none of them took the appropriate actions to remove the threat and protect the public.

“There is no doubt that the 4 August explosion was allowed to happen due to the sheer corruption, mismanagement and incompetence in Beirut’s port as well as within Lebanese institutions.”

Calls for an international investigation have gained traction in recent months with Lebanon’s political leadership accused of a cover-up.

The judge leading the local investigation was removed from his position in February after he charged a series of former prime ministers with criminal negligence. His successor has been prevented from lifting the immunity of senior politicians so they can face questioning.

Tatiana Hasrouti, whose father Ghassan, a port worker of 40-years, was killed in the blast, said: “Justice is my mission.

“I cannot accept that another young girl would be deprived of her father, of his love and affection, because of corruption and the (politicians’) selfishness. I cannot accept that, and I’m going to work as hard as I can to ensure that justice is going to be served.”

Listen to more of Tatiana’s incredible story in The Beirut Blast: Ghassan’s Story – the twelfth episode of StoryCast ’21, a Sky News podcast series telling 21 personal stories from some of the biggest news events of the century.

Johnson, Rockenfeller, Button get Le Mans seats
Blow to Putin as both Germany and US confirm they will send tanks to Ukraine
Ukraine War: What can we expect from spring offensive?
PM says he acted ‘decisively’ in sacking Zahawi following tax affairs row
House Republicans pass bill to limit drawdowns on Strategic Petroleum Reserve