Boris Johnson has said he wants a “simple” and “user-friendly” system for holidaymakers amid speculation that a new amber travel watchlist is set to be introduced – but emphasised the UK needs to stop variants coming in.

The government is set to announce changes to the traffic light system this week, possibly including a new amber COVID watchlist of countries which could move to the red list with little warning.

Travellers returning to the UK from red list countries have to pay £1,750 to stay in hotel quarantine for 10 days.

Live COVID updates from UK and around the world

Several Tory backbenchers, travel industry bosses and Labour said yet another list would be “complicated” and a “disaster”.

But the prime minister said: “We must stop importing variants from abroad and we have to have a balanced approach and what I want to see is something that is as simple and as user friendly for people as possible but, obviously, the double vaccinations that we’ve got really do offer the way forward.

“We’ve had to balance it [the opening up] because of the anxiety that a lot of people have, I have, about importing new variants, bringing back the disease.

“But we also have to recognise that people want badly to go on their summer holidays, we need to get people to get the travel industry moving again, to get our city centres open again. And so we wanted an approach that is as simple as we can possibly make it.”

Spain is understood to be one of the countries being considered for the list, which could cause problems for up to a million British tourists currently on holiday there. 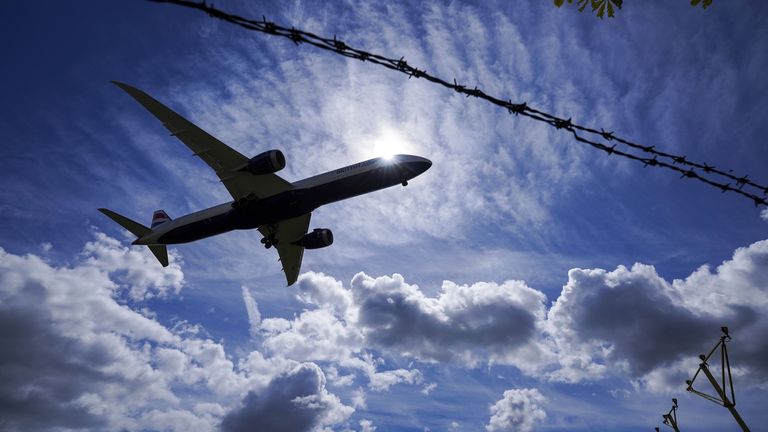 The upcoming announcement has caused a row within government, with Huw Merriman, the Conservative chairman of the Commons transport committee, saying an amber watchlist is a “giant red flag” and would cause booking cancellations and complications.

He told Sky News: “People do have to make common sense judgements and that may involve taking into consideration the fact that a country’s rates may indeed be getting worse.

“The most important thing that the government can do is make sure that people have as much information as they possibly can; that they have information about which direction a foreign country might be going in so that they don’t inadvertently find themselves having to quarantine when they get back.”

According to Times Radio, senior industry figures said the government was “tying itself in knots with these inexplicably complicated rules”.

Travel industry bosses said tens of thousands of jobs were at risk in the aviation and travel sectors because of government changes to the lists.

Airlines UK chief executive Tim Alderslade said placing France on the “amber-plus” list was a “total disaster” after ministers revealed the change was prompted by a surge in Beta variant cases on the French Indian Ocean island of Reunion.

Everyone arriving from France, including those who are fully vaccinated, must self-isolate for 10 days.

Norway’s fossil fuel bonanza stokes impassioned debate about how best to spend its ‘war profits’
Lisa Loring, the original Wednesday Addams actress, dies after stroke
Toyota is the latest car company to jump on the electric bike bandwagon
Tesla just notched its best week in a decade, as stock soars 33%
Apple’s expected to post its first revenue decline since 2019 on Thursday