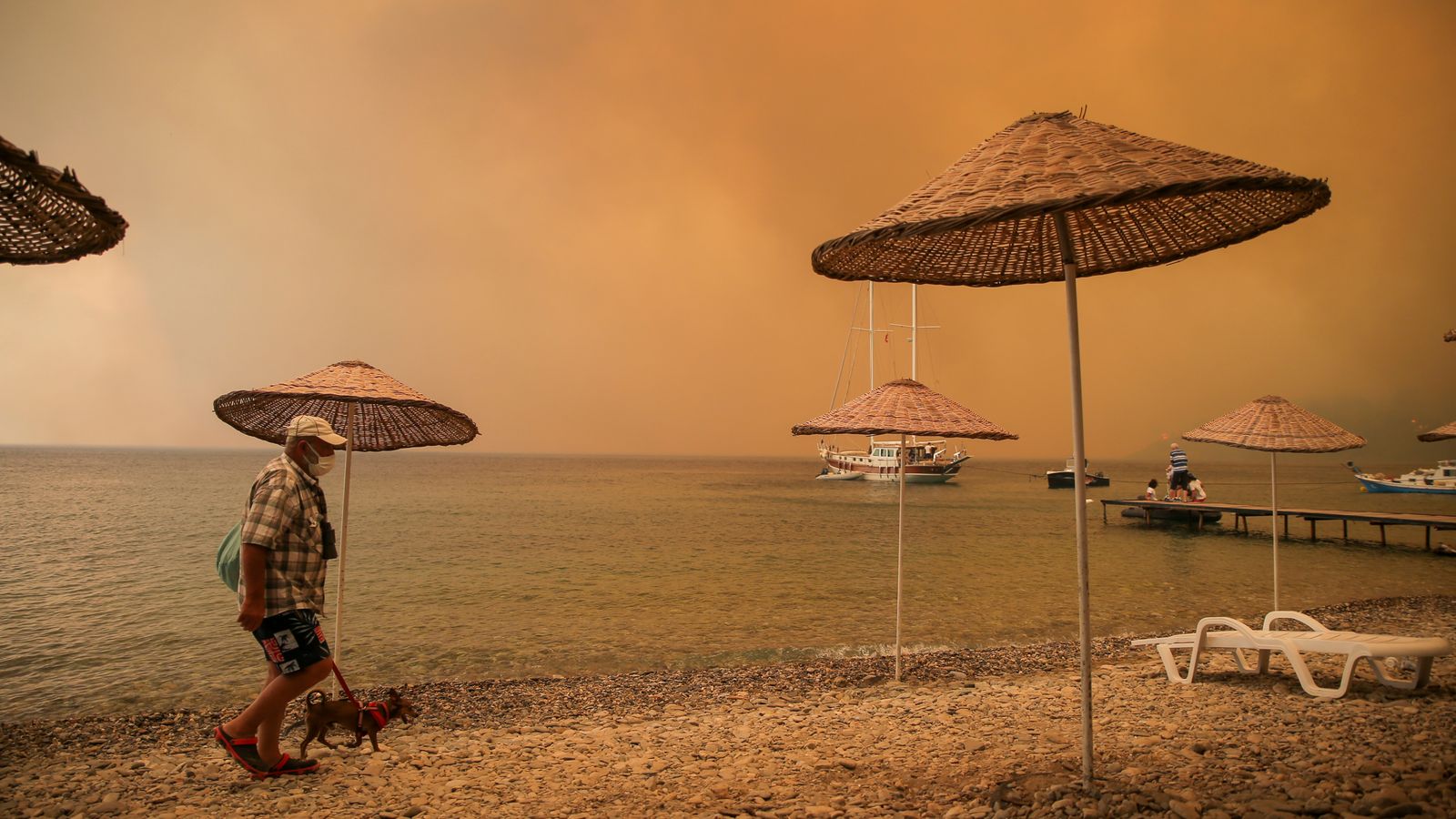 Wildfires are continuing to rage in Turkey, Greece, and Italy, with entire villages and beaches being evacuated.

Coastal areas are among the worst-affected, with fires blazing for a fifth day in some of Turkey’s Mediterranean resort towns.

Residents and tourists were rescued by small boats during the weekend, as the coastguard and navy ships waited further out to sea in case a larger-scale evacuation was needed.

Allyson, who has been living in the Mediterranean resort of Marmaris for 15 years, said of the fires: “Something is different because I’ve never seen this before.

“We had little fires before but I’ve never seen this devastation.

“And it is not just here – it is everywhere.”

There are more than 120 fires in Turkey alone, with eight people confirmed dead and 27 more being treated in hospital.

Fires are common in southern Turkey during the hot summer but experts have said this year’s are much bigger than usual.

Authorities are investigating possible arson but scientists blame climate change, with temperatures five or six degrees higher than the average for this time of year.

The current heatwave is being fuelled by hot air from northern Africa and the southern coastal city of Antalya reached 42C (107F) during the weekend and temperatures are expected to reach 47C (116F) this week.

Helicopters are being used to fight the flames in some areas that are unreachable by land, but in many places even aerial firefighting was impossible by Sunday night.

Forestry official Mustafa Ozkaya said workers were digging ditches in an effort to slow the fire’s progress but eight planes and 50 helicopters would fly on Monday.

Fires have also devastated parts of Greece and Italy.

In the Italian city of Pescara, on the Adriatic coast, people ran from the beach when they spotted smoke and flames rising from a nearby pine forest and several people were injured when they tried to extinguish flames that had reached their homes.

On the Greek island of Rhodes, many residents were left without electricity and water as a fire threatened the Valley Of The Butterflies, a military base, and the village of Psinthos, all of which have been evacuated.