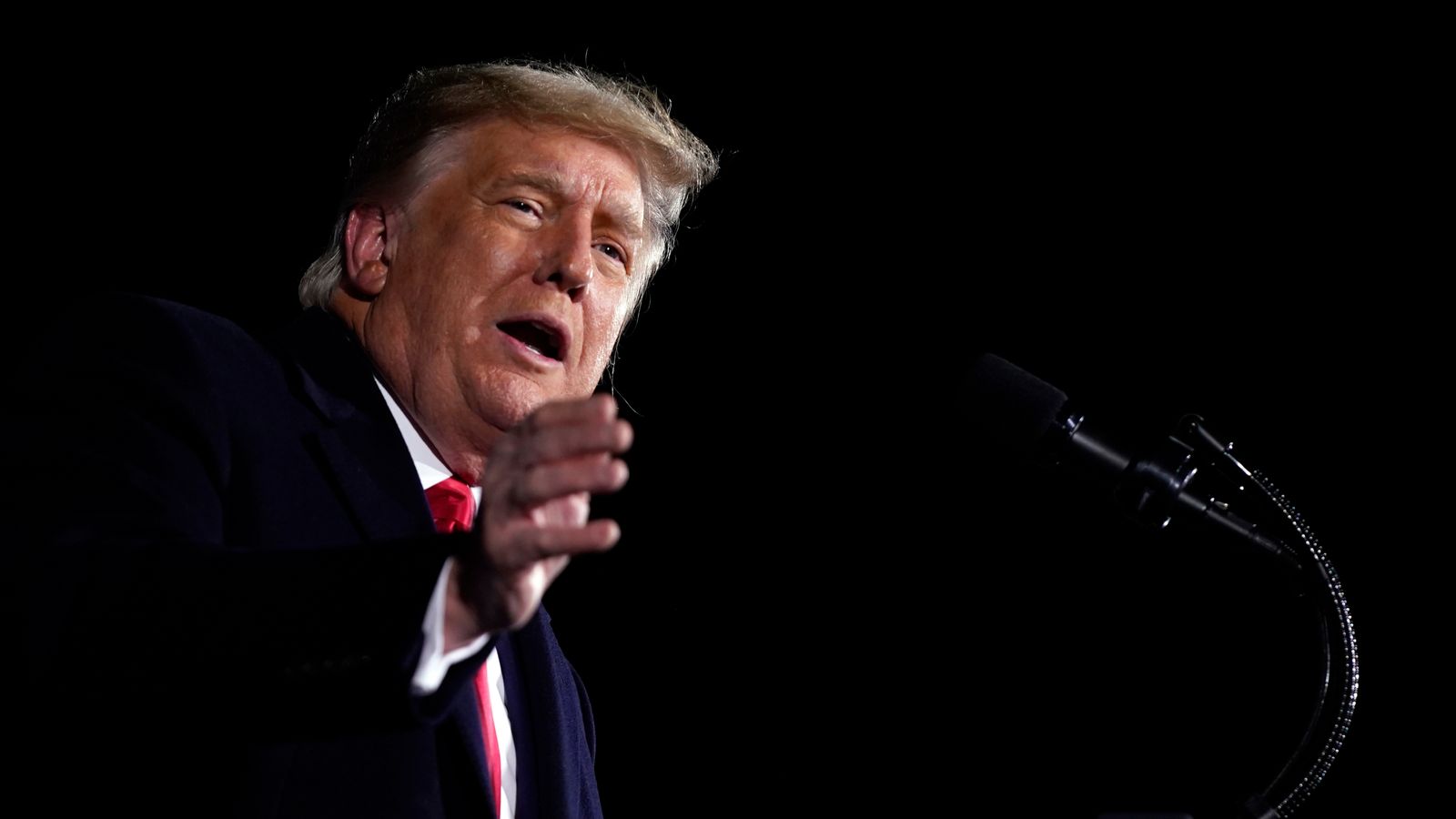 Donald Trump’s tax returns must be given to congressional investigators by the Internal Revenue Service (IRS), the US Justice Department has said.

In a memo on Friday, the department’s Office of Legal Counsel said the Treasury should provide the House Ways and Means Committee with the former Republican president’s tax details.

The move could bring about the end of a long legal showdown over the records.

It comes after Steven Mnuchin, who was then treasury secretary under the Trump administration, said that he would not hand over the tax returns.

He argued that the records were being sought by Democrats, who controlled the House of Representatives, for “disingenuous” reasons aimed at exposing them to the public.

The committee then sued for the records under a federal law that says the IRS should give over any taxpayers’ returns to a handful of top legislators.

The committee also said it needed Mr Trump’s taxes for an investigation into whether he complied with tax law.

The office added that under federal law the Treasury “must furnish the information to the committee”.

It also said that the Justice Department had been mistaken in 2019 when it found the committee’s request for his taxes had a partisan objective.

“We cannot know where receipt of the requested tax information will take the committee, any more than the committee itself can predict what it will find or determine,” wrote Dawn Johnsen, acting assistant attorney general for the Office of Legal Counsel.

Mr Trump tried to prevent his accountants from handing over the documents, taking the issue to the Supreme Court.

But the justices rejected his argument that he had broad immunity as president.

Last words of US man who died after police ‘beating’ were ‘mum, mum, mum’
House Republicans pass bill to limit drawdowns on Strategic Petroleum Reserve
Signing day preview: Which recruits are still available and what to expect Wednesday
Girl, 5, miraculously walks away after she is hit by car and sent crashing through window
Trump stops to retrieve Marine’s hat