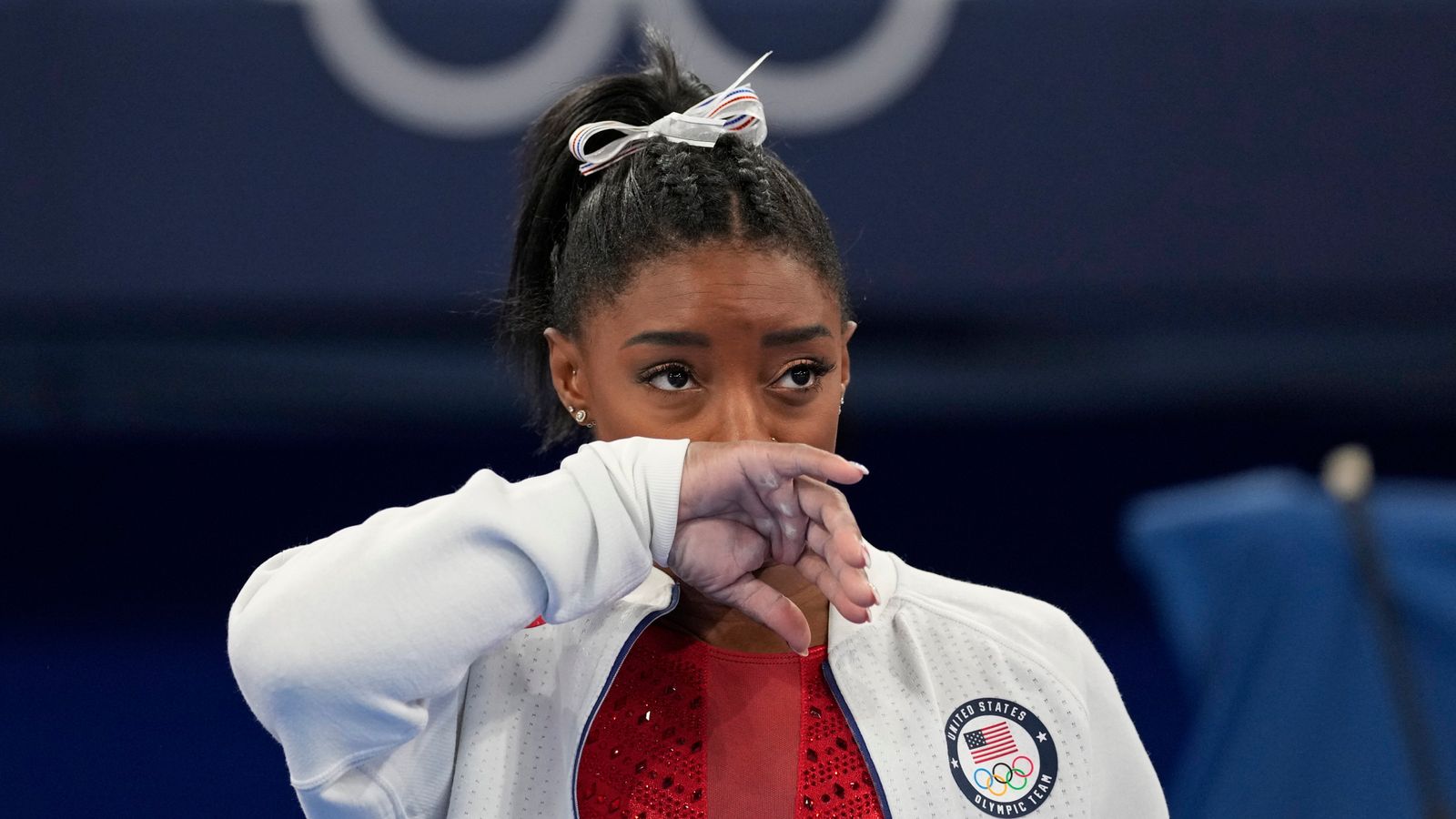 If you do what Simone Biles does, if you take the awe-inspiring risks that she takes, you really have to believe that you can pull them off.

In short, she stopped believing in herself and didn’t want to harm herself or her team’s chances of doing well.

At the start of the week she posted on Instagram: “I know I brush it off and make it seem like pressure doesn’t affect me but damn sometimes it’s hard.

“I truly do feel like I have the weight of the world on my shoulders at times.”

Repeatedly through these Games, competitors have highlighted the pressure they are under inside their compulsory infection control bubbles while the world is craving moments of sporting glory.

After his gold medal in the 100m breaststroke Adam Peaty told us how he really needed a long break after these Games.

He said that COVID had taught him the importance of looking after his mental health as well as his extraordinary physical prowess.

Obsessed with winning he wants to push on to even more medals and records but only as long as he is still enjoying it.

The Japanese tennis star Naomi Osaka who lit the Olympic cauldron in the Opening Ceremony spoke out at the French Open and said she would not put herself through the ordeal of doing news conferences.

She left the Olympic tennis competition in the third round yesterday.

Afterwards, she said: “I feel like my attitude wasn’t that great because I don’t really know how to cope with the pressure.”

We are seeing the strain on both body and soul coming right to the fore this summer.

Simone Biles may be the greatest gymnast of all time – she is one of the genuine global superstars at these Games – but she showed bravery in Tokyo to call time on her competition after her first vault, which was her worst ever Olympic score.

She may still compete in the individual gymnastics competition on Thursday and who would bet against her becoming Olympic champion yet again?

Her sport though has struggled to shake off the culture of keeping quiet and pushing on through the punishing performances.

What Biles did last night in Tokyo was perhaps the most powerful blow to that culture that still lingers to differing degrees in gymnastics in different parts of the world.