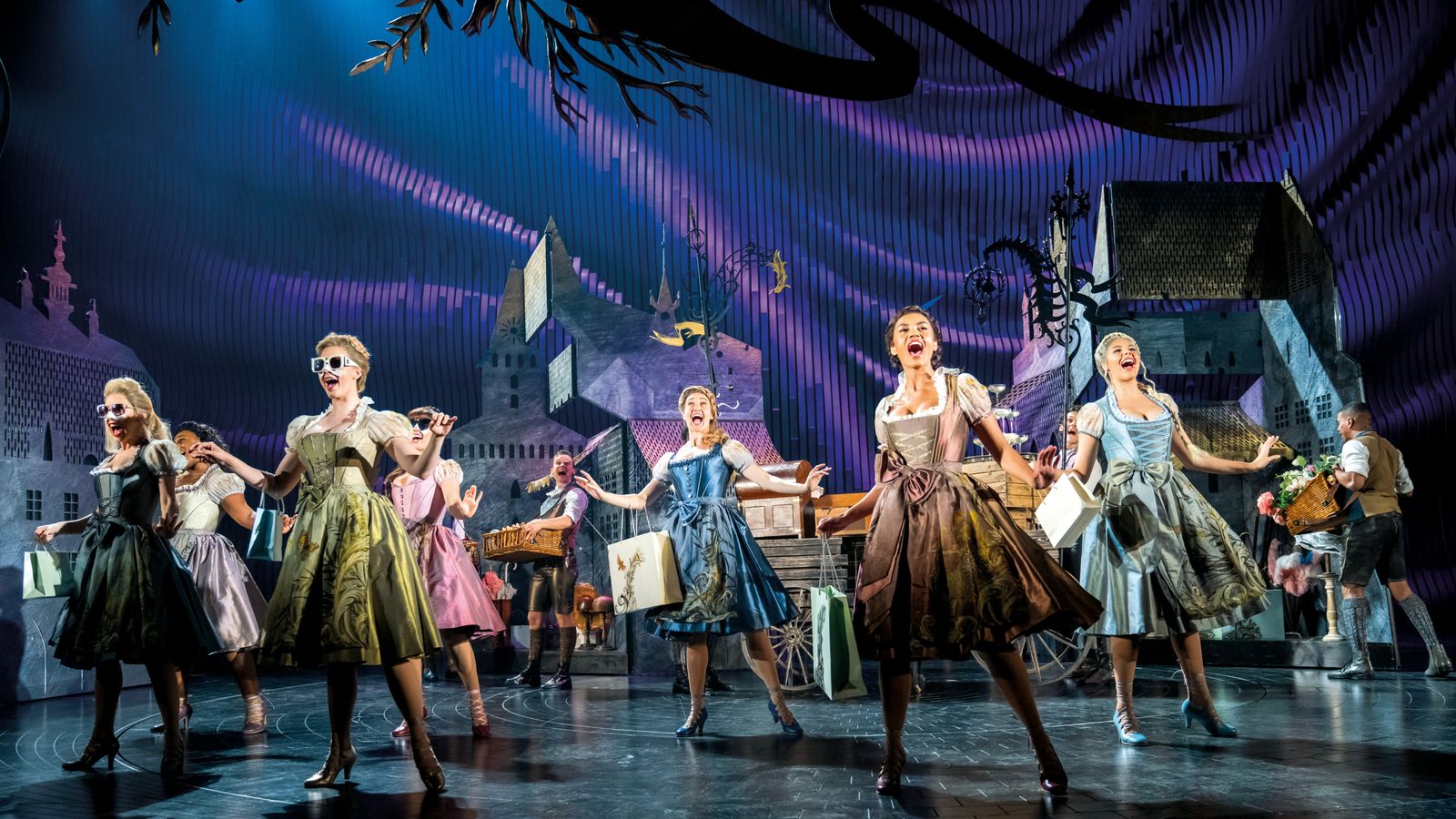 Andrew Lloyd Webber has taken another swipe at the government after his new show Cinderella was forced to close down due to a coronavirus case.

On Monday afternoon, the impresario announced that the musical would not be going ahead with its “Freedom Day” show after a cast member caught COVID-19, forcing a number of the team to isolate as close contacts – despite them repeatedly testing negative.

Sky News understands the show will be postponed until at least next week.

Speaking from the Gillian Lynne Theatre in Covent Garden, where Cinderella was due to open, Lord Lloyd Webber said that his industry “cannot function with this current system”.

“We can’t isolate every time somebody may or may not have it. It just simply doesn’t work,” he said.

“I say this from the heart, I am seeing the profession I have loved, I’m seeing musical theatre I think I had a small part in pioneering in this country at a time when frankly the British were not considered to be people who could do musicals.

“And I am just saying it with passion – please, please will this government for once listen to us.

“Listen. We do know what we’re doing, we do. Just listen and knock all these platitudes and endless, endless blunt instruments that don’t apply across the board.”

After COVID-19 restrictions were extended in June, Lord Lloyd Webber rejected the government’s offer to be part of the Events Research Programme, which would have allowed him to open his preview shows at full capacity earlier than 19 July.

He also argued that his theatre has “100% fresh air” and the “best ventilation system you can find”, as well as warning of another “very, very major show” that will also be forced to cancel its opening.

“We can’t go on like this, theatre is now on its knees, there’s no way forward,” he said, adding that he feels Prime Minister Boris Johnson “doesn’t seem to grasp what we’re about in theatre”.

The musical theatre magnate says he is determined to open his new multi-million pound show in London, and says he has ignored calls from the industry to move it to Broadway instead.

“I do worry at the end of the day that the government doesn’t regard theatre as anything other than nice to have. I don’t think they have a clue of what the real economic value to the country theatre is, and indeed all forms of live entertainment,” he said.

He said that while Culture Secretary Oliver Dowden “does his best”, “I don’t think he’s really able to be that effective”.

Mr Dowden earlier said that he was “deeply disappointed” to hear of the show’s cancellation, adding he recognised the difficulties that self-isolation was having on the sector.

Equity, the actors’ union, has called for a change to self-isolation rules for the entertainment industry, warning that the current policy is having a “devastating” and costly impact.

Monday’s opening performance of Lord Lloyd Webber’s show appeared to be sold out, with proceeds going to the NHS and St John Ambulance.

Cinderella is a new musical which offers a twist to the traditional story, and features West End star Carrie Hope Fletcher in the titular role, who told fans she was “so, so sorry” about the closure.

Shows across England and the West End have begun to reopen, some at full capacity and some keeping COVID regulations in place, after legal restrictions were lifted across the country.