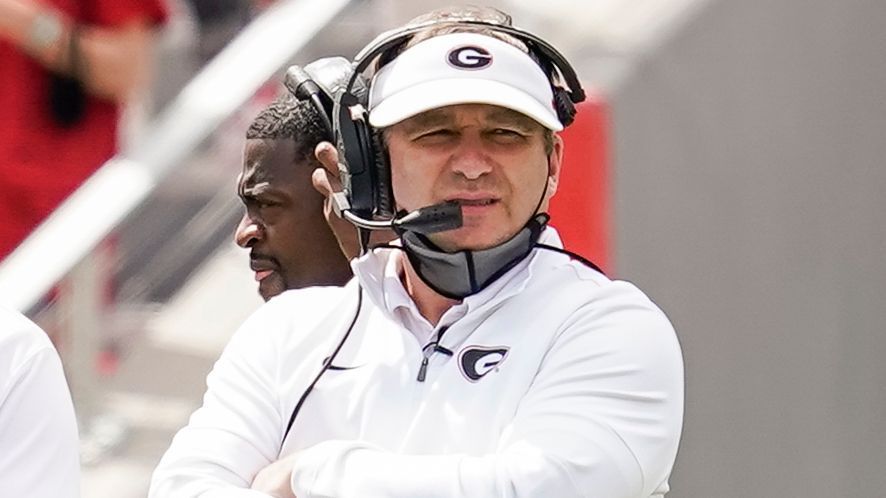 Georgia head coach Kirby Smart said the Bulldogs are over the 85% threshold for vaccines, thus able to avoid regular COVID-19 testing and the team having to wear masks indoors, but he said he was still pushing for more vaccinations.

Each of Georgia’s coaches who have been vaccinated stood up and shared with the team why they’d chosen to get the vaccine.

“Dell McGee, one of our African American coaches and running back coach, did a tremendous job,” Smart said. “It moved me to hear him speak to our team and say, ‘Guys, I’m from the same community you are. I got my vaccine for three reasons. Primary reason, I want to spend time around my family.’ He wants to spend time around his dad, his father. He wants to be around his family and be safe to do that. That’s the primary reason he got it.

“He wanted to show the people in his community where he’s from, that it’s safe and be a role model to do it.”

The Bulldogs had two games postponed during the 2020 season against Missouri and Vanderbilt, with the rescheduled game against the Commodores ultimately canceled at the end of the regular season.

“We’re trying to keep our team safe, keep our team at a competitive advantage, so that we don’t lose playing time with our players,” Smart said.

Adam Boulton on lessons to be learned from strikes past, present and what they mean for the future
Google memo on end of Roe v. Wade says employees may apply to relocate ‘without justification’
Harrington leads Senior Open; Stricker in pursuit
Toyota issues recall for its flagship electric SUV following concerns about wheels coming off
Sugababes on change in the industry, regaining control and going back on tour