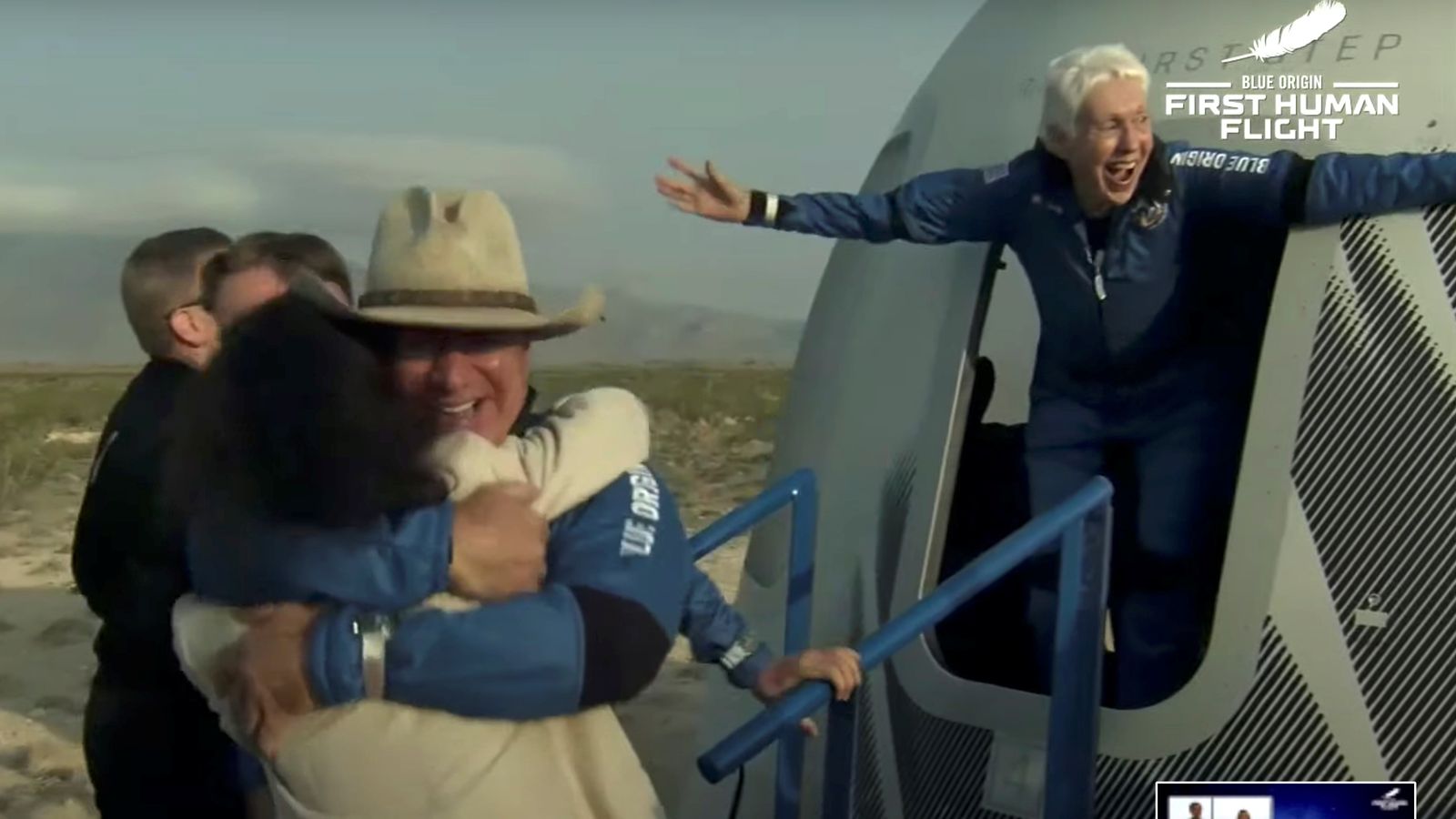 Amazon founder Jeff Bezos has described the first ever launch of his private spaceflight company Blue Origin as the “best day ever”.

The billionaire, 57, achieved his childhood dream of becoming an astronaut 52 years to the day it was sparked by watching Neil Armstrong and Buzz Aldrin walk on the moon.

Mr Bezos himself flew 351,210ft to the edge of space from a launch site in West Texas.

He was joined in the mission by his younger brother Mark and the two people who have become the youngest and oldest to travel to space – Dutch 18-year-old Oliver Daemen and 82-year-old aerospace pioneer Wally Funk respectively.

Mr Bezos gave a thumbs up out of the window after touching back down, with cheers of “Wow, that was incredible” heard from inside the capsule. 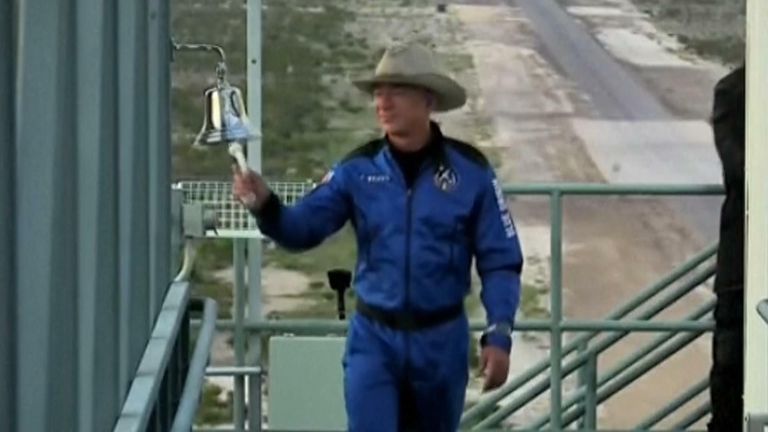 Jeff Bezos prepares to blast off as he ventures towards the edge of space and the beginning of commercial spaceflight.

After exiting the pod the tech founder and his brother hugged their parents Jackie and Mike, with Ms Funk thanking the pair for the experience – 60 years after she trained for it but wasn’t allowed to go.

At the apogee of their journey, which was 11 minutes in total, the astronauts had an opportunity to take in extraordinary views of Earth and get out of their seats and float around the cabin for about four minutes.

The four became the first people to lift off aboard the New Shepard rocket built by the entrepreneur’s private spaceflight company Blue Origin.

“I know it’s going to change me and I’m excited to find out how,” Mr Bezos told CNN in an interview before the flight.

Ms Funk said she felt like she was 24 years old ahead of the launch: “It’s great, I love being here.” 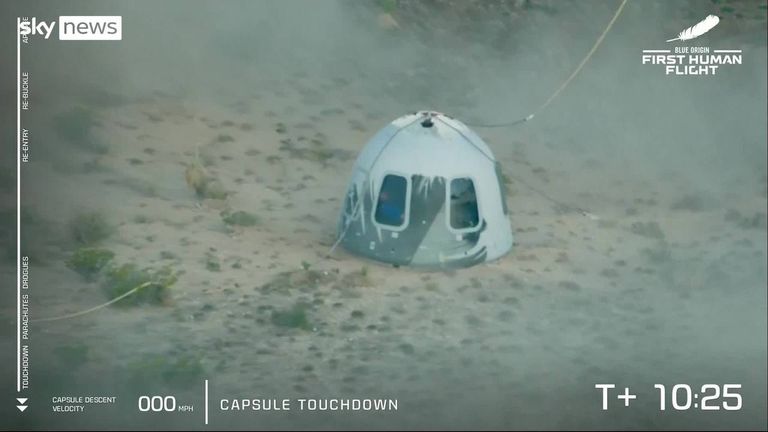 Blue Origin celebrates after Jeff Bezos, his crew, and the reusable rocket all touch down in Texas

Dutch teenager Oliver Daemen was Blue Origin’s first paying passenger, replacing an anonymous person who had previously bid $28m (£20.6m) for a seat on the flight.

Blue Origin said the mystery bidder knew that the flight was scheduled for 20 July before placing their bid, but they subsequently deferred their place “due to scheduling conflicts”.

Donald Trump allowed back on Facebook and Instagram after two-year ban
Girl, 5, miraculously walks away after she is hit by car and sent crashing through window
House Speaker McCarthy spoke with Musk about making Twitter ‘fair on all sides’
Blow to Putin as both Germany and US confirm they will send tanks to Ukraine
NHS needs are long-term, complicated and challenging