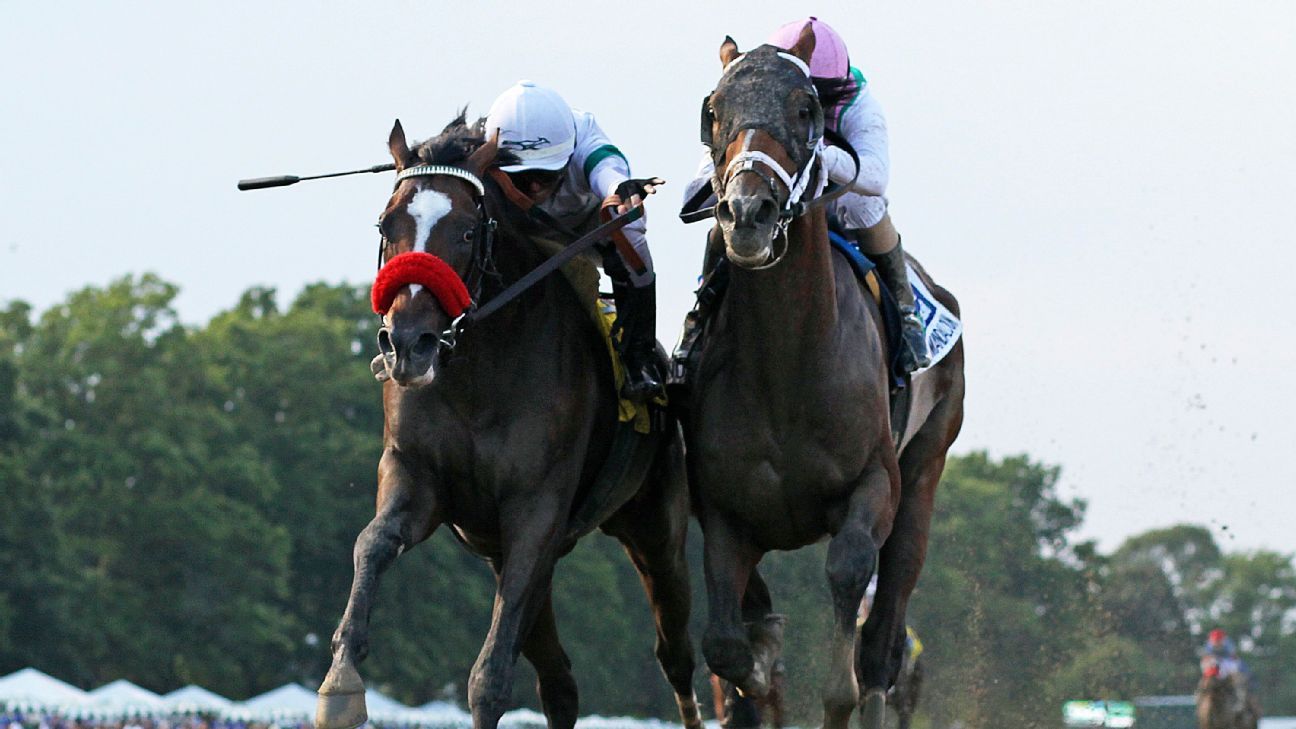 OCEANPORT, N.J. — Kentucky Derby runner-up Mandaloun was involved in another controversial finish, awarded the $1 million Haskell Stakes at Monmouth Park on Saturday after apparent winner Hot Rod Charlie veered in the stretch and caused Midnight Bourbon and his jockey to take a scary fall.

Midnight Bourbon recovered from a tumble to the track and ran off uninjured, the on-call vet at the Jersey Shore track said. Jockey Paco Lopez was put on board and removed form the track in an ambulance. Lopez said he was OK after the race.

The track stewards immediately flashed the inquiry sign after the race and they didn’t need long to place Hot Rod Charlie, the 4-5 favorite coming off a second-place finish in the Belmont Stakes, last for interference. Mandaloun was awarded his first Grade I stakes win and once again was in the middle of a disputed finish.

It has been two months since the Brad Cox-trained colt finished second behind Medina Spirit in the Derby, the opening leg of the Triple Crown for 3-year-olds. Medina Spirit subsequently tested positive for the presence of an anti-inflammatory steroid after the race and the state commission had not made a decision on whether the colt will be disqualified, awarding the Derby then to Mandaloun.

A 3-year-old son of Into Mischief, Mandaloun ran a spectacular race Saturday. He hugged the rail behind Midnight Bourbon and Following Sea for the first half of the 1 1/8-mile race. On the turn for home after Following Sea fell back, Mandaloun and jockey Florent Geroux joined the leaders with a move along the rail.

In additon to the Haskell, the card also included four other Graded stakes races, and jockey Joel Rosario dominated the three Grade 3 stakes.

Brown also won a Grade 1 stakes when Tribhuvan scored a front-running victory in the $500,000 United Nations Stakes on the turf.

For the second straight year highly regarded Arklow finished off the board. The 7-year-old horse took a bad step on the backstretch and almost fell before recovering.