Musicians and songwriters receive “pitiful returns” from streaming and the entire model is in need of a “complete reset”, an inquiry has concluded.

Following several hearings involving stars including Chic’s Nile Rodgers, Elbow’s Guy Garvey, Radiohead‘s Ed O’Brien and solo singer Nadine Shah, as well as bosses from major record labels and streaming platforms, the digital, culture, media and sport committee has found that artists are not being fairly rewarded for their work.

Artists including Noel Gallagher, Robert Plant, Rebecca Ferguson and Lily Allen are among a host of stars who have called on Boris Johnson to update the law on streaming rights, while Gary Numan told Sky News he received just £37 for a hit that had been streamed more than a million times. 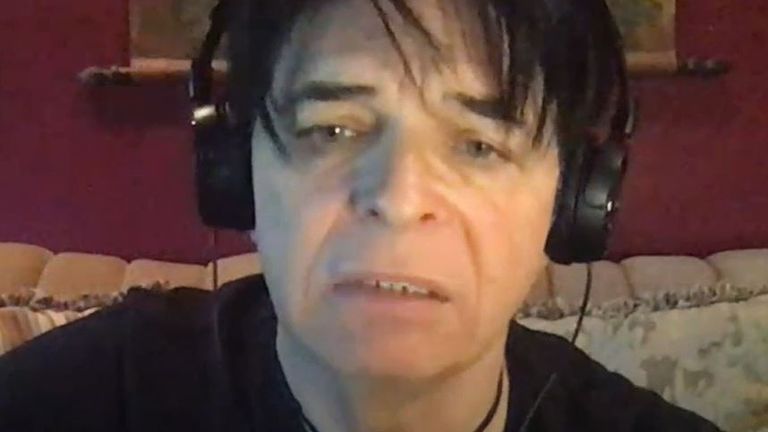 Gary Numan: ‘It isn’t even worth printing out the statement’

The DCMS committee report, released on Thursday and based on more than 300 pieces of evidence, raises “deep concerns” about the position of the major music companies in the market.

MPs on the committee are now calling on the government to refer the case to the Competition and Markets Authority (CMA) to launch a study into the “economic impact of the majors’ dominance”. They also say a system of equitable remuneration for streaming income – where performers have a right to receive a share without reference to their label contracts – should be introduced.

According to the Broken Record campaign, artists receive around 16% of the total income from streams – while record companies take around 41% and streaming services around 29% – figures that both the Musicians’ Union and independent trade body the Ivors Academy have described as “woefully insufficient”.

Recommendations made following the inquiry include:

Some successful and critically acclaimed musicians are seeing “meagre returns” from streaming, while non-featured performers on songs are being “frozen out altogether”, the report states.

Streaming started to come under increased scrutiny in 2020, with artist revenue from live performances pretty much wiped out by COVID-19.

During his evidence session in December, Chic frontman Nile Rodgers described the current system as “unfair” and said artists are “really kept in the dark” about the worth of their music. At an earlier hearing in November, Garvey, O’Brien and Shah warned that the future of music in the UK is under threat as many artists were struggling with living costs.

Shah, a Mercury Prize nominee, became emotional and said she was “embarrassed” to talk about it publicly but admitted she falls into that bracket, saying that despite her success her earnings from streaming are not “enough to keep the wolf away from the door”.

In February, bosses at Spotify, Apple and Amazon defended their streaming models but agreed they would potentially be willing to “get together” to explore options.

Following the release of the inquiry’s report, chair of the DCMS committee Julian Knight said: “While streaming has brought significant profits to the recorded music industry, the talent behind it – performers, songwriters and composers – are losing out.

“Only a complete reset of streaming that enshrines in law their rights to a fair share of the earnings will do.

“However, the issues we’ve examined reflect much deeper and more fundamental problems within the structuring of the recorded music industry itself.

“We have real concerns about the way the market is operating, with platforms like YouTube able to gain an unfair advantage over competitors and the independent music sector struggling to compete against the dominance of the major labels.

“We’ve heard of witnesses being afraid to speak out in case they lose favour with record labels or streaming services. It’s time for the government to order an investigation by the Competition and Markets Authority on the distortions and disparities we’ve uncovered.”