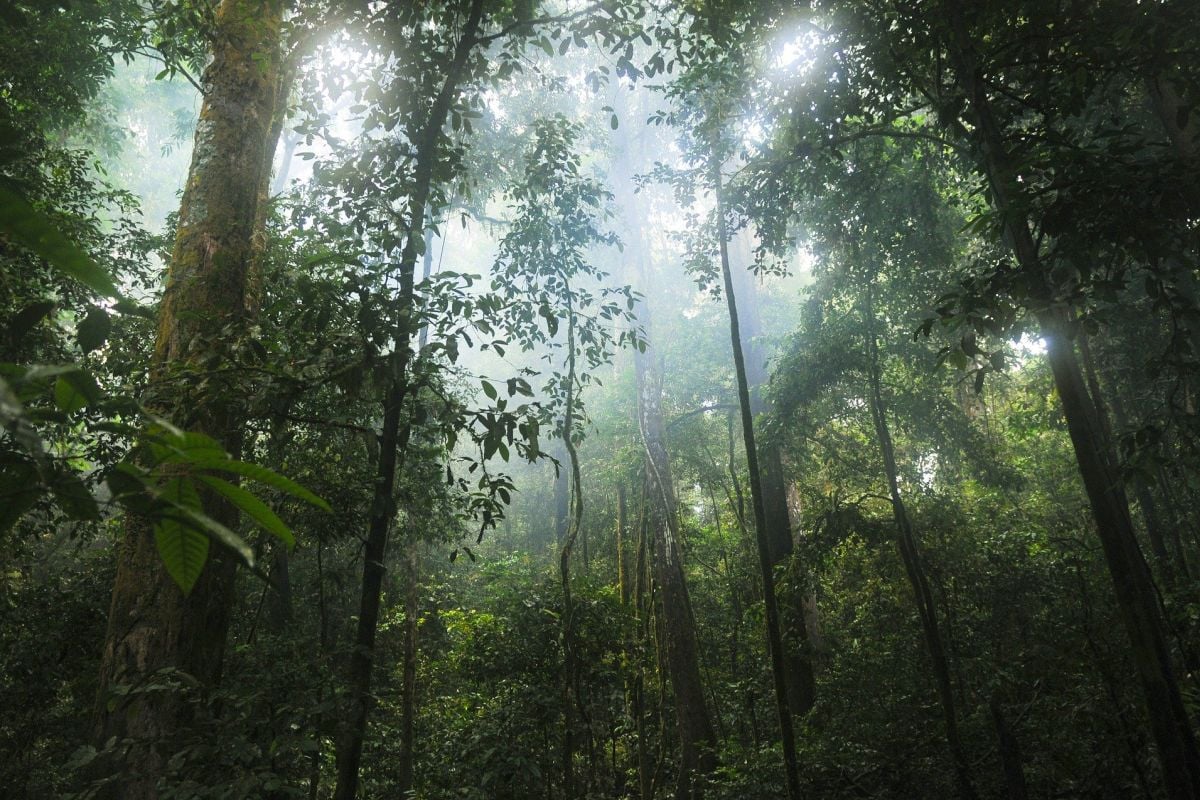 Indigenous peoples patrolling the Peruvian Amazon equipped with smartphones and satellite data were able to drastically reduce illegal deforestation, according to the results of an experiment published Monday.

The study, which appeared in the Proceedings of the National Academy of Sciences (PNAS), showed that recognising indigenous people’s rights to their territory can be a powerful force against the climate crisis, the authors said.

The trial assessed the impact of indigenous forest community monitoring patrols in reducing deforestation when equipped with satellite-based alerts.

It found a 52 percent drop in deforestation in 2018 and 21 percent reduction in 2019, in villages that were randomly assigned equipment and training compared to those that were not.

The reductions in forest loss were especially concentrated in communities facing the most immediate threats from illegal gold mining, logging, and the planting of illicit crops like coca plants used to make cocaine.

Though national governments have invested heavily in satellite-based monitoring, empowering indigenous peoples is a departure from the orthodox reliance on local law enforcement.

In local hands
The new study was led by Researchers from New York University and Johns Hopkins University in collaboration with Rainforest Foundation US (RFUS) and the Indigenous People’s Organization of the Eastern Amazon (ORPIO).

It was carried out in the indigenous Shipibo communities of Patria Nueva and Nueva Saposoa in the Peruvian Amazon, with photos supplied by Peru SAT-1, a satellite launched in 2016 that flies over the country 14 times daily.

Thirty-six villages were randomly assigned to the intervention, each identifying three representatives to conduct monthly patrols to verify reports of deforestation. They were paid $8 per patrol.

Thirty-seven villages were assigned as a control to maintain their existing forest management practices.

Once a month, couriers navigated the Amazon river and its tributaries to deliver USB drives containing satellite photos and GPS information to remote villages.

The assigned monitors downloaded this information onto special such as when drug traffickers were involved.

“The whole point is to put the deforestation information into the hands of those most affected by its consequences and who can take action to stop it,” said Tom Bewick,  Peru country director for RFUS.

Over the course of the two-year study, the communities that carried out patrols using satellite data prevented the destruction of an estimated 456 hectares (1,127 acres) of rainforest, avoiding the release of more than 234,000 metric tons of CO2 emissions.

One-third of the Amazon rainforest falls within around 3,344 formally recognised indigenous territories.

“The findings make a strong case to increase investment to scale the model,” said Bewick. “It would be good for the future: not only for Peru, but for our planet.”

Around 60 percent of the rainforest is located in Brazil, where rates of deforestation last year surged to a 12-year-high under President Jair Bolsonaro.

Tales of the Goose: Helicopter landings and no-holds-barred humor made ex-Baltimore Ravens DT Tony Siragusa one of a kind
Kyiv targeted by Russia in ‘symbolic’ attack before NATO summit as one killed and several injured in missile strikes
Kendrick Lamar makes blood-soaked plea for women’s rights at Glastonbury in attack on abortion ruling
PM may have avoided knock-out punch – but he soon faces another huge potential blow-up
Russian ‘scumbag terrorists’ condemned by Zelenskyy after ‘calculated’ missile strike on Ukrainian shopping centre