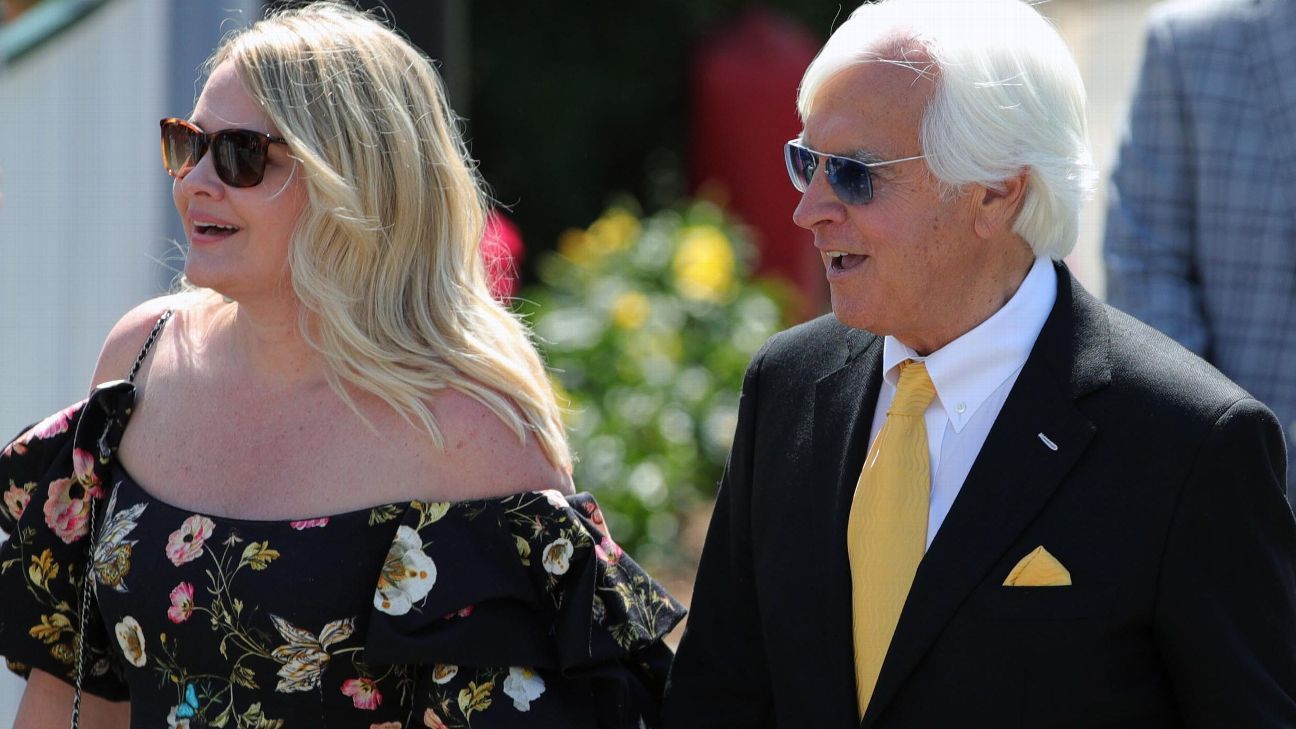 A 3-year-old colt co-owned by the wife of embattled trainer Bob Baffert ran under the name of another Hall of Fame trainer on Saturday, when it finished fourth in the $1 million Belmont Derby Invitational at Belmont Park, where Baffert has been suspended and is suing to regain access.

Du Jour ran in the name of Hall of Fame trainer Bill Mott for the 1 1/4-mile turf race. The colt is co-owned by Jill Baffert and Debbie Lanni, a friend of the Bafferts. The fourth-place finish was worth $65,000.

Baffert was the trainer of record for Du Jour’s last start, a victory in the $500,000 American Turf Stakes at Churchill Downs on May 1. It was the same day Medina Spirit won the Kentucky Derby, giving Baffert his record seventh win in the race. A week later, Baffert announced that Medina Spirit had tested positive for the corticosteroid betamethasone, which is not permitted at any level on race day. Split-sample testing later confirmed the initial result.

On May 17, the New York Racing Association temporarily suspended the California-based trainer from entering races or having stall space at Belmont Park, Saratoga and Aqueduct.

“During the temporary suspension, NYRA will not accept entries or provide stall space to any individual employed by Bob Baffert Racing Stables,” NYRA said at the time.

Last month, Baffert sued NYRA in court in New York for improperly suspending him allegedly without legal authority an without any notice or chance to be heard before action was taken. Baffert is seeking an injunction that prohibits NYRA from denying him and his horses entry to the three tracks and blocking him from entering races at any of them.

When it suspended Baffert, NYRA said a final determination regarding the length and terms of the suspension would be based on information found during an ongoing investigation in Kentucky. The Kentucky Horse Racing Commission needs to conduct a stewards’ hearing before it takes any official action.