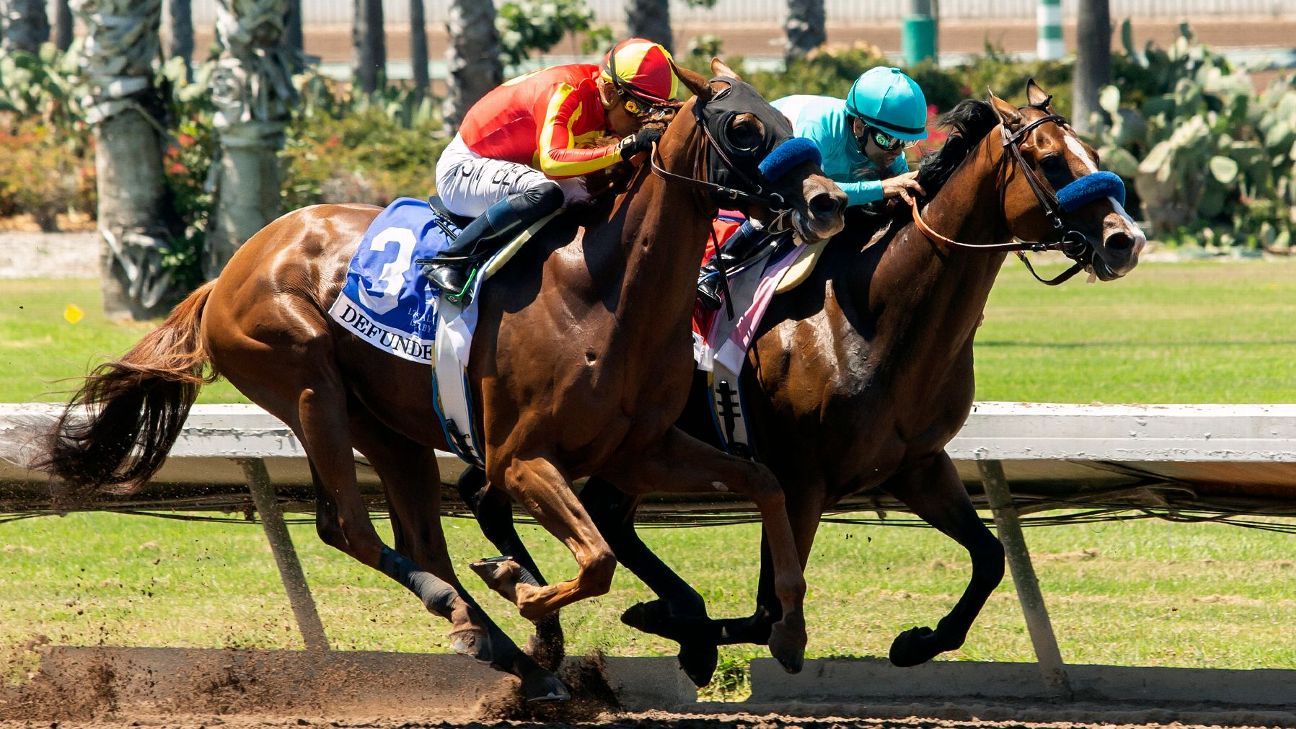 LOS ALAMITOS, Calif. — Classier held off favored stablemate Defunded by a nose to win the $150,000 Los Alamitos Derby on Sunday, giving embattled trainer Bob Baffert a 1-2 finish in a race he’s won five years in a row and six of the last seven.

Classier broke sharply under Hall of Fame jockey Mike Smith and dug in when challenged by 3-5 favorite Defunded at Los Alamitos in Orange County.

“It was pretty exciting and I was really hoping for a dead heat because I’ve always wanted one of those in a stakes so you don’t have to make that other call,” Baffert said.

The Hall of Fame trainer said Classier would improve off the Grade 3 race.

“I can take my time with him now and figure out a spot because he is bred to a superstar,” Baffert said.

It’s My House and Back Ring Luck completed the order of finish.

Baffert trained Medina Spirit to a victory in the Kentucky Derby in May, but the colt failed a postrace drug test. Baffert contends he did nothing wrong.

Churchill Downs has suspended him for two years and the New York Racing Association has indefinitely suspended him from stabling and racing at Saratoga, Belmont and Aqueduct. However, he is able to race in California because his trainer’s license has not been suspended or revoked in any racing jurisdiction.