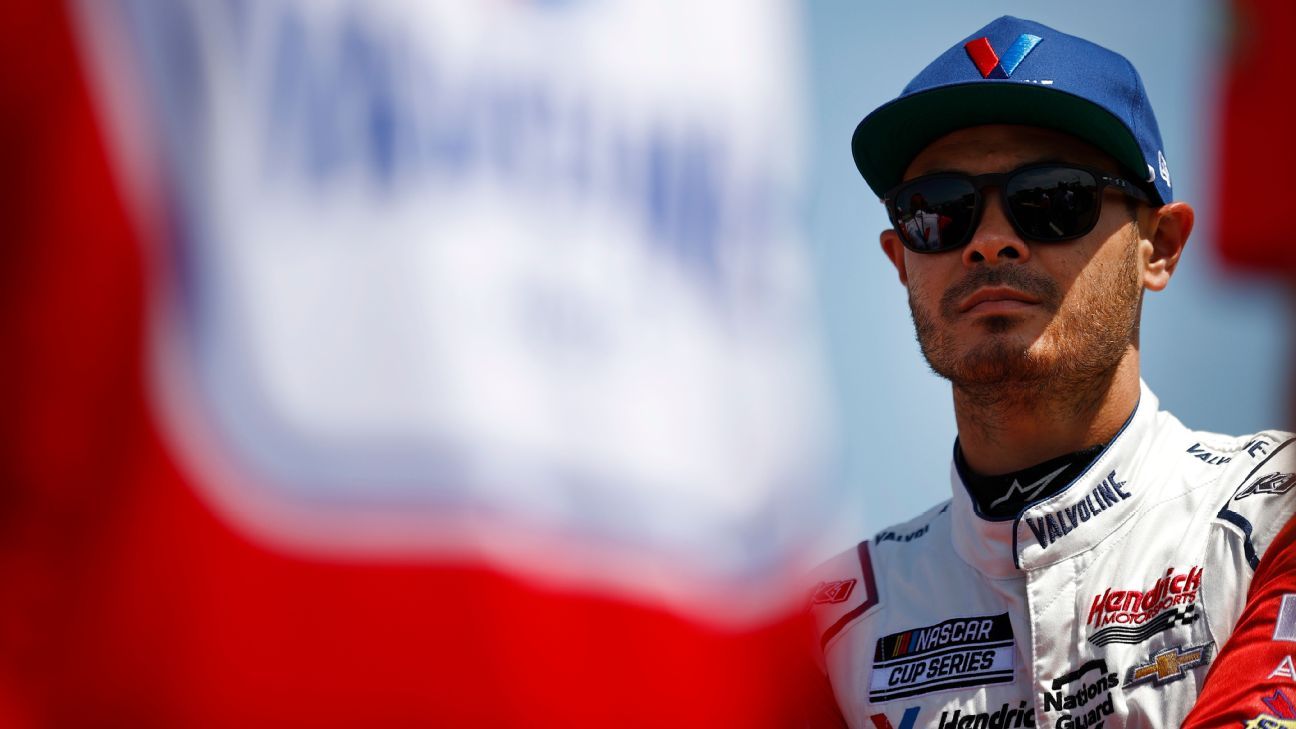 This week, a doubleheader at Pocono Raceway marks the 18th and 19th races of the 36-race NASCAR season: the end of the first half and start of the second.

Despite being only halfway through the season, there has been no shortage of interesting, historic or just downright odd statistical storylines.

Hendrick Motorsports owns the first half

With eight wins in 17 races to start the season, Hendrick Motorsports has already surpassed its total from last season (in 36 races), and its total from the 2018 and 2019 seasons combined. It’s on pace for its first double-digit win season since 2014 (13) and the team record of 18 in 2007 is in play.

Hendrick also enters Pocono on a five-race win streak, the longest by a team since Hendrick won five straight in 2014. Hendrick (who else?) had a six-race win streak in 2007.

The big wins for Hendrick were at the Circuit of the Americas (Chase Elliott) and Charlotte (Kyle Larson), the 268th and 269th wins in team history. The first tied Petty Enterprises’ record for most by a Cup Series team, and the second broke that record.

Petty Enterprises had held that wins record since 1960, even though its last win came courtesy of John Andretti — another great last name in motorsports lore — in 1999.

Hendrick’s 270th win, at Sonoma, came with Larson beating Elliott to the line. It was the fourth straight 1-2 finish for Hendrick, tying the record set by Carl Kiekhaefer’s team in 1956.

Larson comes to Pocono with six consecutive top-two finishes, the seventh different driver in series history to have a streak that long. He joins Richard Petty, David Pearson, Darrell Waltrip, Tim Flock, Jeff Gordon and Kevin Harvick. Harvick was the last to have a streak of six-plus races, going eight straight over the 2014 and 2015 seasons.

Larson wasn’t the only driver hitting milestones for Hendrick in the first half.

Another milestone victory for Hendrick came with its 267th Cup win, this one at Dover, courtesy of Alex Bowman. What made that win notable was that Larson was second, Elliott third and Byron fourth. It was just the fourth 1-2-3-4 finish for a team in Cup Series history.

The most recent time it happened was in November 2005 at Homestead, when Roush Fenway Racing did it with Greg Biffle, Mark Martin, Matt Kenseth and Carl Edwards.

Before that, it happened in Dec. 1956 and April 1957 with DePaolo Engineering, both times with Fireball Roberts winning the race, with Paul Goldsmith, Curtis Turner, Ralph Moody and Marvin Panch filling out their scorecard.

Last season, it took nearly the entire year for Kyle Busch to taste victory in the Cup Series, doing it in race 34 of the 36-race season. This season, he got there in race No. 11 at Kansas.

It was his 17th consecutive season with a win, tying David Pearson for the second-longest streak in series history. It trails only Richard Petty’s 18-year run from 1960-77 for Cup Series record.

There’s no reason to believe he can’t get there — he’ll just have to wait until 2023 to have sole possession of that record.

Brad Keselowski is the King of the Dramatic

Brad Keselowski winning at Talladega wasn’t a surprise; he has long established himself as one of the premier restrictor plate race drivers in series history.

The way he picked up the victory was more of a surprise, leading only lap 191 (of 188 scheduled laps, thanks to overtime) of the race and winning by about a tenth of a second.

That was Keselowski’s sixth career win with a last-lap pass, putting him one away from the series record (that we can tell — there are several races that don’t have lap-by-lap leaders).

What’s even more amazing is that Talladega was the third time that Keselowski won a race by leading in only the final lap. In Cup Series history, that has happened only 23 other times, with no other driver doing it more than once.

Variety is the spice of life

And that’s without a pair of the dominant drivers from 2020, Denny Hamlin and Harvick, winning a race yet this season.

More on McDowell, whose upset win in the Daytona 500 remains one of the best stories in recent memory: He won in his 358th career start; the only other driver in series history with that many starts prior to getting his first win was Michael Waltrip, who won the 2001 Daytona 500 in his 463rd start.

McDowell, like Keselowski, led only the final lap. He’s the third driver to win the 500 leading only in the final lap, joining Austin Dillon in 2018 and Kurt Busch in 2017.

With all the variety in Victory Lane, one driver we haven’t seen win yet is Hamlin, who won seven times last year. But it’s not like Hamlin hasn’t been successful.

Hamlin’s year also started with a fifth-place finish at Daytona, after leading 98 laps. The last five drivers to lead at least that many in the Daytona 500 failed to win. The last driver to lead that many and win? Earnhardt, in 1998.

For those who wanted to see more variety in the NASCAR schedule, 2021 has been the season for you.

Toyota just started its BEV program, but it wasted all its tax credits on hybrids
Tesla is cutting about 200 Autopilot jobs and closing office in San Mateo, California
World UFO Day 2022: What Are UFOs and How Did the Theories Around Them Originate
Disgraced MP Chris Pincher ‘incredibly drunk’ on the night he is alleged to have groped two men
‘Wholly wrong’ to block Sky News questions about JK Rowling, admits Warner Bros