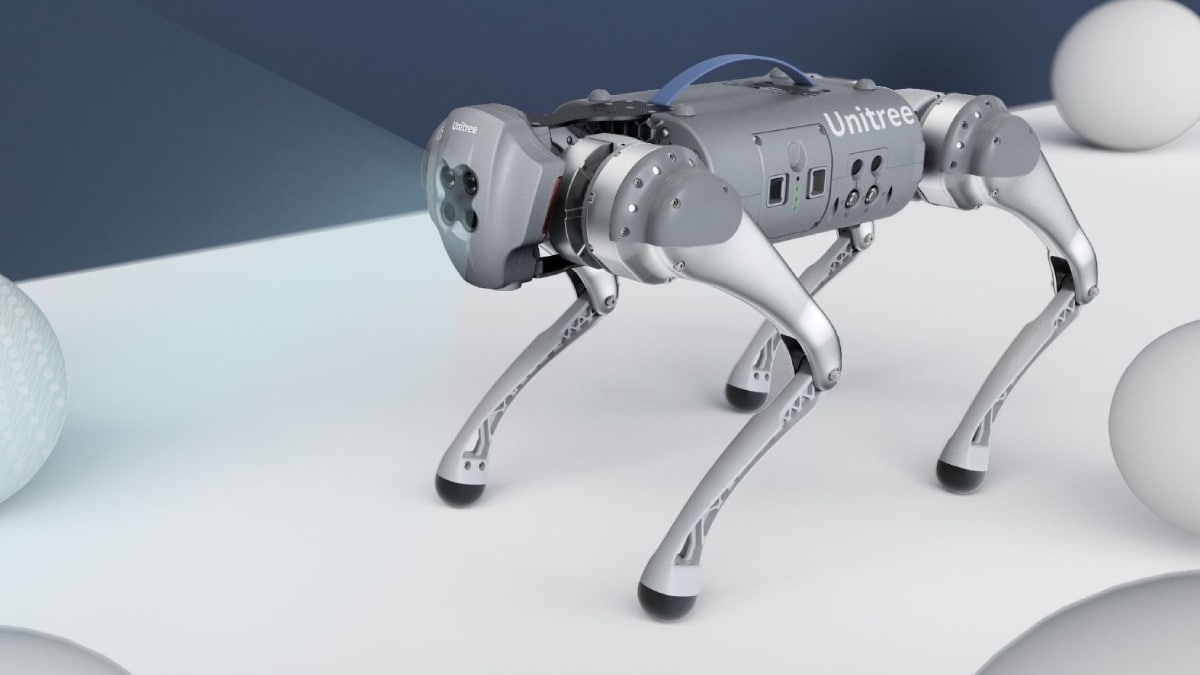 Imagine a robot dog accompanying you on your morning walks in the park or on the side of the road. Fascinating, right? And while it’s not really cheap, Chinese company Unitree Robotics’ robo-dog costs just about 3.6 percent of Boston Dynamics’ highly advanced product, Spot. The latest machine from Unitree — Go1 — has captured everyone’s attention for the fact that it starts at $2,700 (roughly Rs. 2 lakhs). The company has also shared a demo video featuring the four-legged bot accompanying its owner to various places, including a park.

Interestingly, the video begins with Go1 running alongside its owner. The company claims that the robot can generate a top speed of 17 kilometres per hour. Another new feature about Go1 is that it walks alongside its owner, unlike the conventional mode of following behind.

It also makes it easier for the owner to keep an eye on the bot. The light and compact bot weighs 12 kilograms, says Unitree in a post on its website.

In the demo video, the robo-dog is also seen running on the race track, performing acrobatics, walking beside a bicycle as well.

According to a report by Gizmodo, Unitree robo-dog is available in three variants.

The Go1 Edu, the most expensive of the three, starts at $8,500 (roughly Rs. 6.21 lakh) and is considered to be the most advanced in terms of components. It also comes with 4G/ 5G and Lidar, among other features, according to the company.

The company hasn’t shared anything about the battery life of the robot yet.