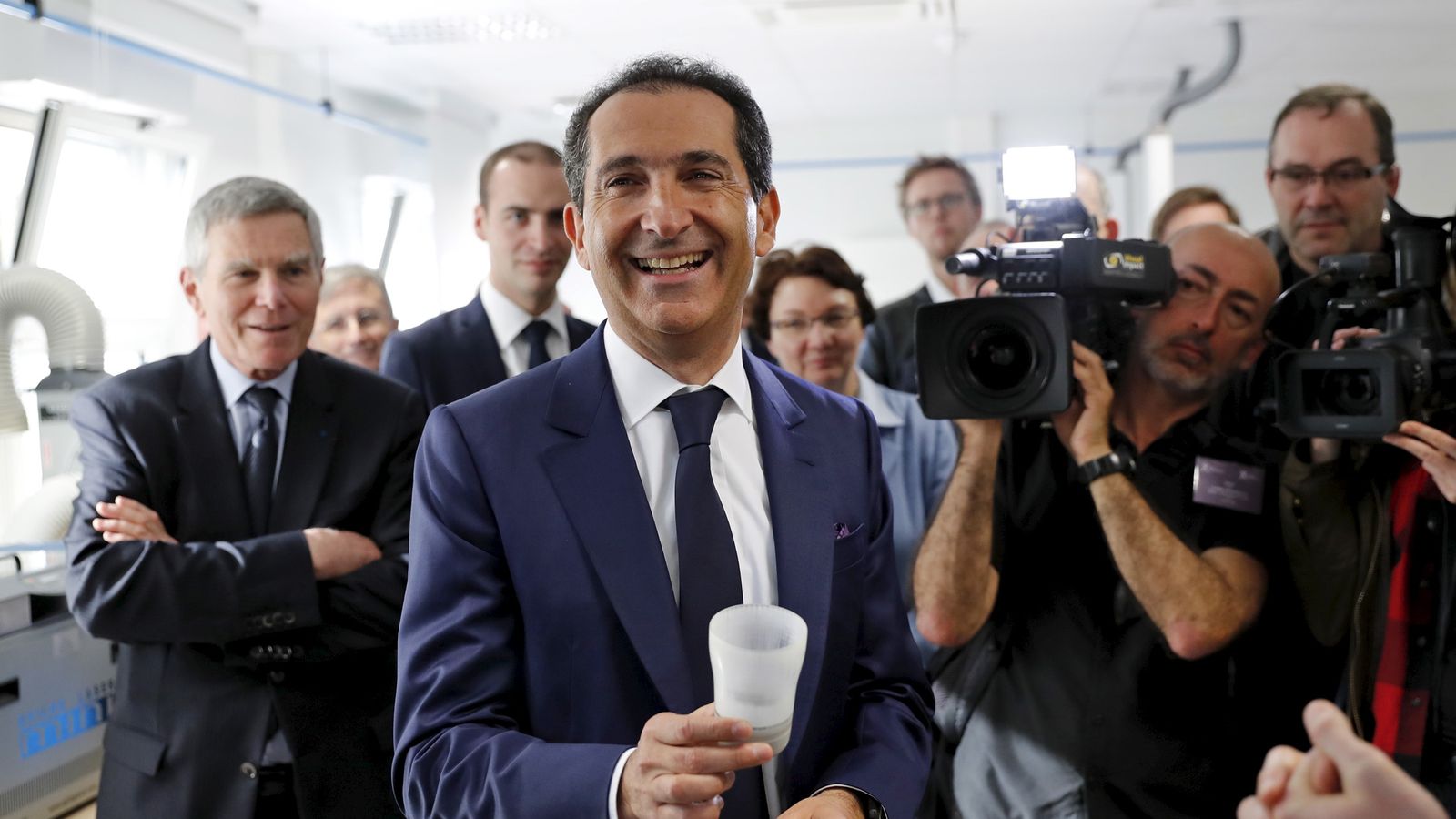 For the second consecutive year, he announced an increase in spending in fibre rollout, disappointing some shareholders who would rather have seen BT focusing on returns in the shorter run rather than promising jam tomorrow.

Today, though, came proof that some investors in the broadband and telecoms stalwart are prepared to take a longer view.

Altice, the second-largest telecoms company in France after Orange (the renamed France Telecom), announced it had snapped up a 12.1% stake in BT worth roughly £2.2bn.

It means Altice – which is owned by France’s ninth-richest man, Patrick Drahi – becomes the biggest single shareholder in BT, overtaking Deutsche Telekom, which has a 12.06% stake as a result of BT’s 2014 acquisition of the mobile operator EE, which was previously part-owned by the German giant.

Shares of BT shot up by 3% at one point to take them to their highest level since January last year.

That was despite an unequivocal statement from Altice that it has no intention of bidding for BT.

It said: “Altice holds the board and management team of BT in high regard and is supportive of their strategy.

“Altice UK has informed the BT board that it does not intend to make a takeover offer for BT.

“Altice UK has made this significant investment in BT as it believes that it has a compelling opportunity to deliver one of the UK government’s most important policies, namely the substantial expansion of access to a full-fibre, gigabit-capable broadband network throughout the UK.

“Altice believes that the UK provides a sound environment for substantial long-term investment.

“This is supported by the current regulatory framework, which offers BT the appropriate incentives to make the necessary investments.”

In other words, then, the stake-building appears to be a strong endorsement of and vote of confidence in the long-term approach set out by Mr Jansen who, last month, said cash flow would “go through the roof” once the majority of full fibre rollout had been completed in 2026.

BT responded: “BT Group notes the announcement from Altice of their investment in BT and their statement of support for our management and strategy.

“We welcome all investors who recognise the long-term value of our business and the important role it plays in the UK.

“We are making good progress in delivering our strategy and plan.”

The emphasis from Altice that it is a long term shareholder, rather than seeking to make a takeover bid, also reflects a degree of pragmatism.

The UK government has recently bolstered its ability to intervene in takeovers of companies and particularly infrastructure that may be integral to national security.

As the owner of the UK’s largest fixed line and broadband network, Openreach, BT would appear to fall squarely into that category.

It makes it highly likely that the government would intervene were any bidder for BT to emerge.

That is not to say that Altice will not seek to influence what BT does.

“Encouraging an Openreach spin [off] seems most likely.

“A full takeover of BT or Openreach would be likely to run into political opposition given the strategic importance of networks.”

And Mr Drahi, the billionaire founder and owner of Altice, is used to getting his own way.

This was emphasised to the outside world when, in June 2019, he swooped to buy Sotheby’s, the world’s most famous auction house, which had looked poised to fall into the hands of the Chinese insurance billionaire Chen Dongsheng.

He has since announced plans to install his 26-year old son, Nathan, as head of Sotheby’s Asia at the end of the year.

Similarly, Mr Drahi pounced in 2014 to buy SFR, France’s second-largest mobile operator, from under the nose of the billionaire industrialist Martin Bouygues.

It also owns the second largest telecoms operators in Israel and the Dominican Republic.

Apart from SFR, its other assets in France include BFM TV, the country’s most-watched 24-hour rolling news channel and the radio broadcaster RMC.

He bought out minority shareholders in Altice Europe in January this year, at a cost of €3.2bn (£2.7bn), after concluding it was undervalued by the market.

He also knows about demergers, having in 2018 spun off Altice’s majority shareholding in Altice USA, the cable and broadband operator, in response to concerns over the parent company’s debt.

What is quite striking about 57-year old Mr Drahi is that, unlike the heads of many of France’s richest business dynasties, he is an entirely self-made man.

Born in Casablanca, Morocco, his parents were maths teachers and he did not move to France until he was 15 years old.

Having studied at one of the country’s top engineering schools, Ecole Polytechnique, he joined the Dutch electronics giant Philips on graduation to work in fibre optics.

It was in this work that he first visited the United States and saw how the cable industry was growing.

On returning to France, he launched his first cable company, Sud Cable Services, using a student loan, the equivalent of the time of around £5,000, as seed capital.

He went on to sell the business to the US cable magnate John Malone four years later, becoming a multi-millionaire in the process, and going on to use the proceeds to set up Altice in 2002 with the intention of using it to consolidate cable and telecoms businesses across Europe.

Mr Malone, himself one of the industry’s most revered figures, has described him as a “genius”.

Mr Drahi has been rumoured to have had his eye on BT for some time now.

The Mail on Sunday reported in August last year that he was eyeing Openreach in particular and had “secured financial backing from heavyweight bankers at JP Morgan with a view to paying £20bn for the unit”.

He is likely to keep his motivation in buying the stake in BT, who made clear today that Mr Drahi had already spoken with Mr Jansen, to himself.

Mr Drahi, who with his wife, Lina, has four children, prefers to take a low-key approach.

With homes in Paris, Geneva, Tel Aviv and the US – he has French, Israeli and Portuguese citizenship – he gives few interviews and has been known in the past to turn up to meetings on foot or on a bicycle rather than, as most executives do, in a chauffeur-driven car.

One thing is clear, though.

Life at BT will be more interesting with him on the shareholder register.

Hunt confirms HS2 will reach central London after reports it might stop in suburbs
‘I hate that it was five black men’: Tyre Nichols’ mother ‘praying for families of officers involved in his death’
Djokovic wins Australian Open a year after he was deported over COVID vaccine row
Minister dismisses experts’ warning of sharp contraction for UK economy as ‘wrong’
Aptera’s clever new community funding program prioritizes your SEV delivery the more you invest