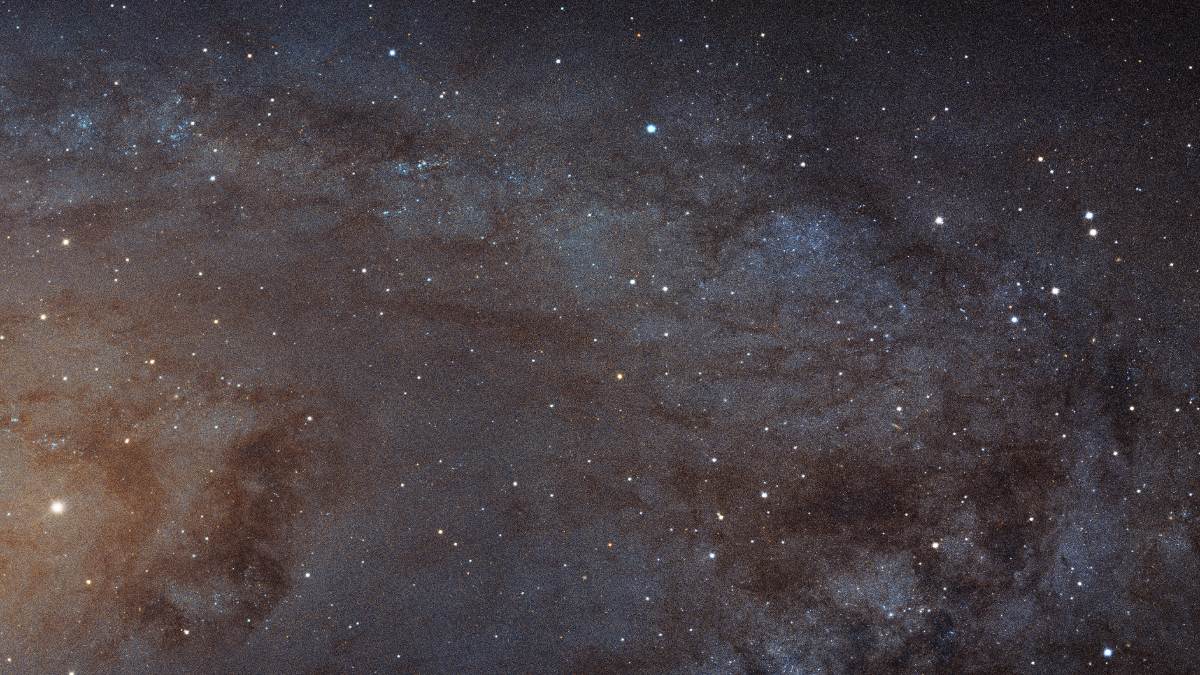 Andromeda Galaxy’s vastness is captured perfectly in a zoom-out video that was shared by World and Science, a Twitter handle that frequently shares interesting stories from the world of science. The video of Andromeda Galaxy, also known as Messier 31 or M31, has left users on the micro-blogging site awestruck. The sharp zoom0out clip shows over 100 million celestial bodies. The clip begins with the camera moving to the right before it zooms out and reveals what’s undoubtedly a heavenly view of the M31.

“Mind-blowing! A zoom out of the sharpest view of the Andromeda Galaxy ever, showing more than 100 million stars!” wrote World and Science on June 9 and shared the clip with its 2.1 million followers. Midway through the zoom out video, the camera slows down a bit and reveals the galaxy full of innumerable stars, some easily identifiable due to their size. At the time of writing, the video had already generated quite an excitement, with over 340,000 views, 10,500 likes, and over 3,200 retweets.

A zoom out of the sharpest view of the Andromeda Galaxy ever, showing more than 100 million stars!

Reacting to it, Teen Wolf star Ian Bohen tweeted, “Great perspective for all those who think we’re alone out here,” he wrote.

Great perspective for all those who think we’re alone out here.

Another user (@idealust) wondered how there could be no life out there. “Staggeringly huge amount of planets around those stars. The trick is, is it alive during our ability to find it? Too much to search. Not enough time. Such a paradox,” the tweet read.

How can there not be life out there?

Staggeringly huge amount of planets around those stars.

Trick is, is it alive during our ability to find it?

Too much to search. Not enough tine. Such a paradox.

“It’s also incredible to think how far apart these stars really are when they all look so close together in the photo,” user Chilly MIV commented

It’s also incredible to think how far apart these stars really are when they all look so close together in the photo.

Here are some more reactions to the fascinating view of the Andromeda Galaxy.

Sometimes I think we’ve been created to just appreciate the universe!

Somewhere there, among the 100 million stars, I’m hoping fervently that there is another telescope trained at the Milky Way trying to figure out if they can spot somebody.

We’re just mere specs in all the galaxies. So much more out there, that we will never know about.

Wow. Just wow. This look toward the infinite is almost more than my finite self can take in.

According to NASA, the Andromeda galaxy is a majestic spiral of perhaps as many as 1 trillion stars, twice the number in our Milky Way. It’s so close to us that the galaxy appears as “a cigar-shaped smudge of light high in the autumn sky,” said the space agency. It added that the M31 is at a distance of 2.5 million light-years from us.

In another post last month, NASA recalled that less than 100 years ago, many astronomers thought the Milky Way was the only galaxy in the universe. It said that even though astronomers debated the existence of other galaxies, it took Edwin Hubble’s observations of the Great Andromeda Nebula to confirm that it was far too distant to be part of the Milky Way. The Great Andromeda Nebula then became the Andromeda Galaxy, and astronomers recognised that our universe was much bigger than humanity could envision.

Interested in cryptocurrency? We discuss all things crypto with WazirX CEO Nischal Shetty and WeekendInvesting founder Alok Jain on Orbital, the Gadgets 360 podcast. Orbital is available on Apple Podcasts, Google Podcasts, Spotify, Amazon Music and wherever you get your podcasts.
This article was originally published by Ndtv.com. Read the original article here.