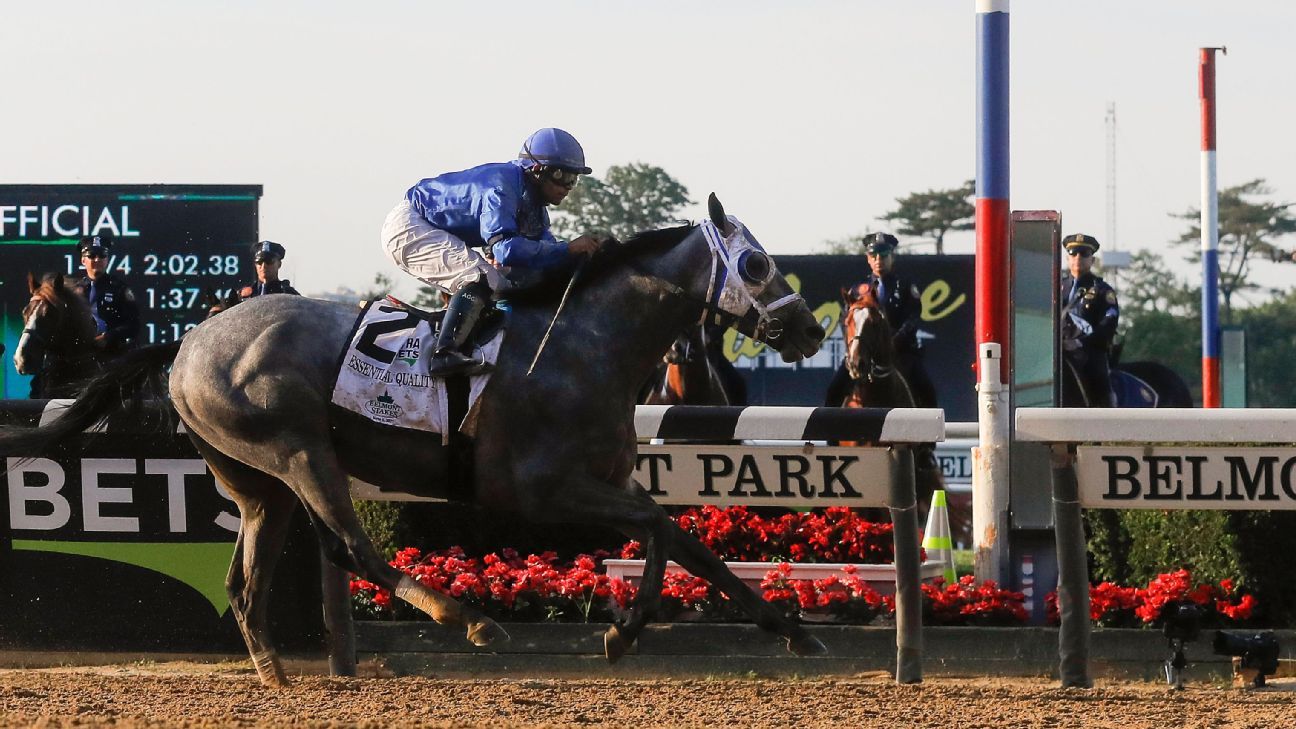 Cox could get another from Mandaloun in the Kentucky Derby if Bob Baffert-trained Medina Spirit is disqualified. But Cox was able to enjoy this one with Essential Quality being Hot Rod Charlie by 1 1/4 lengths.

Essential Quality, who went off as the 6-5 favorite, passed early leader Hot Rod Charlie around the final turn and held on to win the 1 1/2-mile $1 million race.

“That was a long way around there a mile a half but it was exciting,” Cox said. “It looked like the horse on the inside, he still had run left. I knew it was going to be a battle down the line.”

The striking gray finished fourth as a beaten favorite in the Kentucky Derby because of a rough trip. Essential Quality showed in the Belmont why he has long been considered one of the top 3-year-olds in the country.

Backdooring his way to becoming the first Louisville-born trainer to win the Kentucky Derby didn’t allow Cox the same joy of victory as the Belmont, which the up-and-coming star will likely remember as his first true Triple Crown triumph.

And Cox saw this coming. He predicted last summer that Essential Quality would be his horse for the Belmont.

Essential Quality had plenty of stamina to beat a tough field of seven other horses.

Jockey Luis Saez won a Triple Crown race for the first time. He was aboard Maximum Security when they crossed the finish line first in the 2019 Derby, but was disqualified for impeding other horses.

“Luis did a fantastic job of getting him in position turning for home and he was able to really show his stamina late,” Cox said.

Saez said Belmont was his “second home,” adding, “This was the race I wanted to win.”

Cox made it a point to thank him moments after the Belmont.

“Sheik Mohammed, he’s been supporting us the last two years and this is a tremendous organization, world-class organization and we wouldn’t be here obviously without this horse and his support, so I just wanted to really thank him,” Cox said.

The Associated Press contributed to this report.